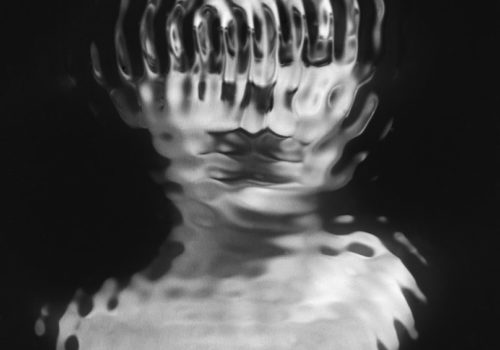 For the 7th installment in this series, we’re presenting you with the 2002 edition of the Prix HSBC pour la Photographie (then known as the Prix de la Fondation CCF pour la Photographie). Famous French publisher Robert Delpire was appointed its artistic advisor. The winning photographers were Rip Hopkins (UK) and Laurence Demaison (FR). We spoke with Laurence Demaison about her experience with the prize and the effect it had on her career.

L’Œil de la Photographie : The Prix HSBC pour la Photographie turns 20 this year. It is awarded annually to two photographers to help them complete a project that will be exhibited and published as a monograph, often the artist’s first. What was your experience with the prize ?
Laurence Demaison : It was a magical experience! From the very first moment, when Robert Delpire called me in person. (I still haven’t recovered!)
I remember that after the call, I didn’t know what to do, so I took a long, hot bath. But it didn’t last too long—there was work to do! The HSBC team is incredibly efficient and competent and kind. It was such a pleasure to work with them in such wonderful and professional conditions. Such conditions are rare. I’d like to take this opportunity to thank them again and again..

LODLP : Can you tell us about your winning project? Has the prize had an influence on your subsequent work ?
L. D. : I submitted a black-and-white work shot on film, like “self-portraits,” but I’m not sure you could call them that. I don’t really know how to talk about my work. The prize didn’t really change my career radically, considering that I was already represented by a gallery. But of course, having a beautiful monograph of the work, and all that promotion HSBC undertook helped me meet people. As for my own work, the prize didn’t really change anything. I kept doing what I was doing.

LODLP : Apart from the monograph, what impact did the prize have on your career? And what is your relationship like with HSBC today ?
L. D. : Like I said before, working with HSBC during the prize was a dream. It was perfect. I only have fond memories. The year after the prize, things calmed down a bit, naturally. Especially since I’m a little bit of a “bear,” and don’t always keep in touch. And now that I have some idea of the amount of work they do—which is enormous—I don’t really want to bother them with my little updates, so I’m rather discreet. For their part, they keep in touch, sending me the books of the winners every year, and I always find that touching. They do such a great job, through and through, even long after you’ve been lucky enough to be one of the winners.

« The work of Laurence Demaison is exclusively composed of self-portraits. Since 1994, her body and face have been the subjects of her photographic exploration which she has persistently carried out. Across her different series, she experiments with methods that allow her to conceal, transform and alter her own image. In her work, there is a sensitive and singular journey, almost obsessive. Her approach is perhaps a well thought out and clear quest for identity, of which the complexity is only a series of questions that Laurence Demaison asks herself. She applies an attraction-revulsion relationship to her own body which generates a strange fascination for those who look at them. »
Robert Delpire – Artistic Advisor 2002