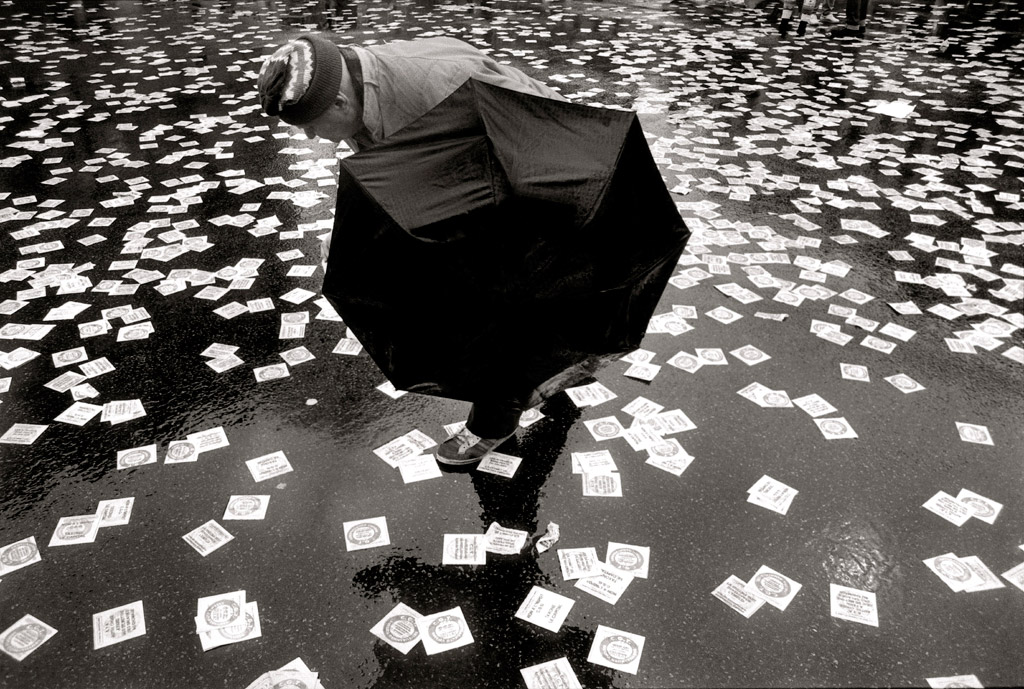 For the retrospective of the 20th anniversary of the Prix HSBC pour la Photographie, L’Oeil de la Photographie will be presenting  every week two “episodes,” introducing you to the past winners of the prize and  see where they are now.

L’Oeil de la Photographie : The Prix HSBC pour la Photographie turns 20 this year. It is awarded annually to two photographers to help them complete a project that will be exhibited and published as a monograph, often the artist’s first. What was your experience with the prize?
Jean-François Campos: It was a gift, really. A great one. First there was the kindness of Chantal Nedjib and Christine Raoult, followed by the book and exhibitions. It was a wonderful year.
It’s not so far away, and yet it is somehow … Photography wasn’t fashionable back then. Galleries had just started selling photography, but it wasn’t like it is today.
Going to see my photos at the Baudoin Lebon gallery was gratifying, as was suddenly finding myself in conversation with figures from the world of images different from the Journal Libération and from VU the photo agency. It was almost a form of intimacy to be a photographer back then, something that has disappeared with the advent of social networks and digital cameras. Photography  was artisanal then and photographers what ever their working fields  were artisans . Winning the HSBC was about finding ourselves in a position where our photographs were shown in an unusual way, and to encounter people through the photographs.

LODLP : Can you tell us about your winning project? Has the prize had an influence on your subsequent work?
JFC : Between 1991 and 1997, I worked almost daily with the newspaper Libération. Being a photographer at Libération meant lots of freedom. The newspaper wasn’t expecting me to bring in the photo of the handshake, or what was “really happening.” Agency photographers were there for that. My job was closer to that of a columnist: looking, commenting. During this exciting period, I took pictures and saw those pictures published in the newspaper the next day, most of the time having already moved onto the next thing. I spent my time taking pictures. The editors took care of the editing and the contact sheets, then the film was sent to the archives. I remember having to put together a book, spending hours editing thousands upon thousand of photographs… It was like a traveling shot over the course of seven years. I couldn’t imagine the consequences it would have for my career and on my work as a photographer.

LODLP : Apart from the monograph, what impact did the prize have on your career? And what is your relationship like with HSBC today?
JFC : I think it took a year, or maybe a little more than that, to turn the page on documentary photography. Après la pluie [“After the Rain”] was a conclusion of sorts, an unexpected, unintended and welcome conclusion. The conclusion of my years at Libé. They were wonderful and exciting and I have many fine memories of them.
One morning I grabbed a large-format view camera and hit the road, exploring the landscapes of my childhood. I needed to restart from zero without really knowing why nor where it would take me. One day, after the publication of Après la pluie, I answered a question from Brigitte Ollier” journalist specialist of photography at Libération”, who asked what I planned to do next, and I answered something like, “I’d like to lock myself in a white room and be able to create something beautiful out of nothing.” Maybe I didn’t say “beautiful,” maybe I’m adding that today because it takes on meaning after the fact, but I definitely said, “creating something from nothing in a white room,” I’ll always remember it, that’s exactly what I said.
And today that’s often what I do: go into an empty white studio in the morning to come up with images, speak about beauty, often while looking at a woman, and try to communicate  using my camera. Après la pluie was the end of my career as a photojournalist, a kind of catharsis. It’s paradoxical: publishing a photojournalism monograph  leads one to fashion photography in search of beauty.
I’ve often tried to understand what  happened when looking at contact sheets for Après la pluie. I try to understand why I stopped picking up the phone, stopped taking commissions, stopped being a photojournalist. And then one day it wasn’t important anymore. I put away the contact sheets, turned the page and folded my memories in four to keep them in the book and in boxes. I kept taking pictures, with a passion. It was only later, year and years later, that I opened the book and realized that I always loved that strange and magical moment after the rain.