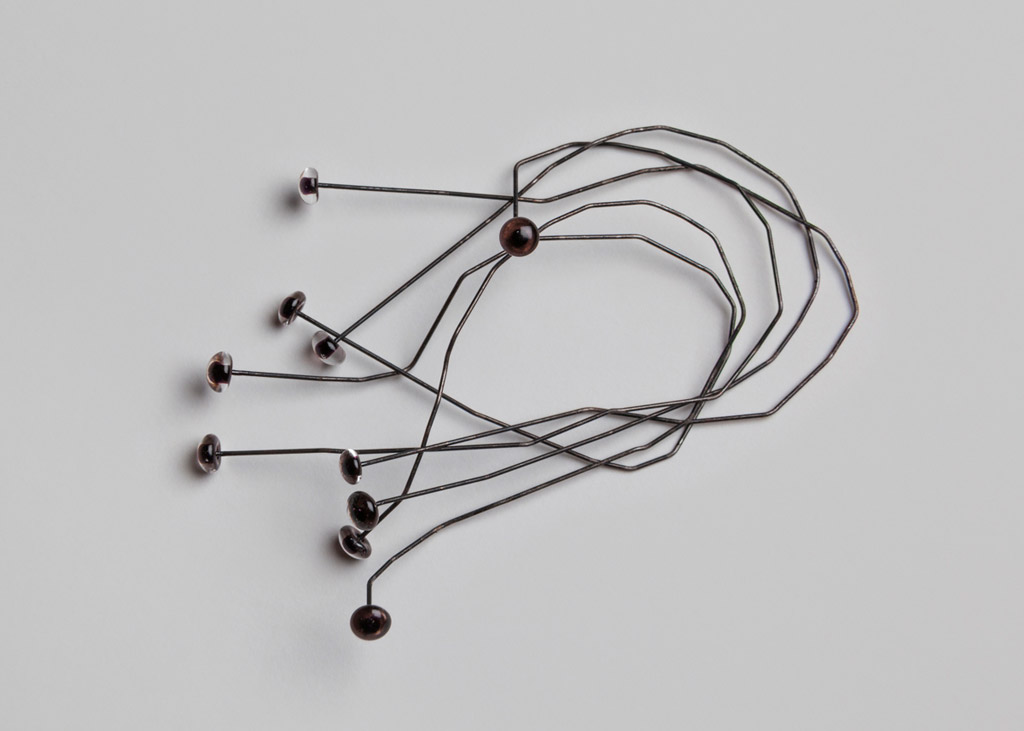 Last year’s Prix HSBC pour la Photographie was awarded to two women, Akiko Takizawa, a Japanese photographer based in London, and Delphine Burtin, from Switzerland. Simon Baker, a curator of photography and international art at London’s Tate Modern, served as the artistic advisor. We spoke with the two winners about their experience one year later. This is our final installment in this series before an upcoming interview with this year’s winners, Maia Flore and Guillaume Martial.

L’Oeil de la Photographie : The Prix HSBC pour la Photographie turns 20 this year. It is awarded annually to two photographers to help them complete a project that will be exhibited and published as a monograph, often the artist’s first. What was your experience with the prize?
Delphine Burtin :It was a really intense year. I wasn’t expecting such quick recognition of my work. The series I submitted, Encouble, was my final project at school. It was a very rewarding year. I got to exhibit in some wonderful places, and I was given the freedom to do what I wanted there. The Prix HSBC also gave me lots of visibility, which led to several international galleries contacting me.

LODLP : Can you tell us about the project you submitted? What impact has the prize had on your artistic life?
DB : The series was called Encouble. It’s a Swiss word meaning “to stumble.” I chose to call it that because I like  visual accidents. I like thinking I’ve seen something that in reality is completely different. I like it when our brain plays tricks on us and creates a trompe-l’oeil, making us see and believe something that is not, in fact, there. I like stumbling around everyday images, capturing or reconstructing copies of an uncertain reality. My camera becomes a tool for visual experimentation. By combining images shot in the studio with those taken outside in natural light, by cutting up images and re-photographing earlier prints, I’m trying to distance myself from reality in order to question it. I wonder about what lies within an image, always keeping in mind the question of how to interpret what our senses reveal. By seeking to engage both with what is shown and what is hidden, I hold up a distorting mirror that reflects parts of ourselves that do exist but that are far from being the whole truth. All this becomes an invitation to engage in a metaphorical exploration of our relationship with the world and with each other.

LODLP : How did HSBC support you during this adventure? And what is your relationship like with them today?
DB : The whole HSBC team was fantastic. They helped Akiko and me all year long through every step of the prize. The year just ended, but I hope to stay in touch with them all.

“Burtin’s work is a seductive and highly intelligent combination of an instinctive reaction to the artist’s everyday environment and an understanding of the physical potential of the photograph as an object in the world. Comprising both photographs of found forms and objects, and cut and folded versions of her own photographic prints, Burtin’s work sits in the space between photography and sculpture, something evident in the excellent use of space outlined in her proposed installation. This is sharp, crisp, conceptual work, which already looks assured and sophisticated.”
Simon Baker, Artistic Advisor 2014