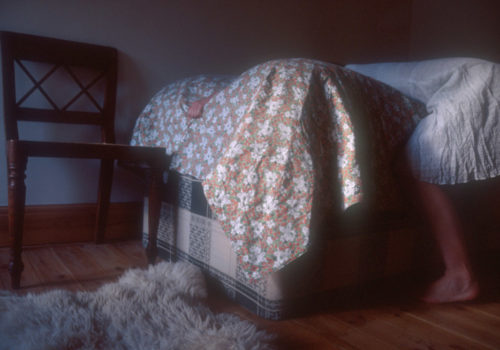 Alain D’Hooghe is a photography writer, curator and professor of the history of photography. He was appointed Artistic Advisor of the 2001 Prix HSBC pour la Photographie (then called the Prix de la Fondation CCF pour la photographie). The 11th and 12th winners of the prize were French photographer Franck Christen and the British art duo Jo Lansley & Helen Bendon. For our latest installment in this series, the art duo spoke to us about their experience with the prize and what they’re up to now.

L’Œil de la Photographie : The Prix HSBC pour la Photographie turns 20 this year. It is awarded annually to two photographers to help them complete a project that will be exhibited and published as a monograph, often the artist’s first. What was your experience with the prize ?
Jo Lansley & Helen Bendon : The gallery representing us, Yvon Lambert, recommended the prize to us, and we were absolutely thrilled to have won. The process of putting together the monograph was a real joy for us to consider the work in book form rather than exhibition. This enabled us to play with text, rhythm ad editing, which I remember as a wondrous process.

LODLP : Can you tell us about your winning project? Has the prize had an influence on your subsequent work ?
J.L. & H.B : The work we were making at the time was centred around domesticity, female space, and sisterly dynamics. The monograph became a very important way of articulating that work in other arenas, and enabled us to work together and then separately on work building on those themes.

LODLP : Apart from the monograph, what impact did the prize have on your career? And what is your relationship like with HSBC today ?
J.L. & H.B : The award certainly opened doors for us in terms of being able to attract funding to make further work. It also gave us the confidence to see the work outside of our making it.
I continue to keenly follow the award, and the new laureates each year and think the prize provides a really important opportunity for new photographers.

« Although anchored in the most intimate daily life, the work of Jo Lansley and Helen Bendon, in photography and video, takes the spectator into a rather disturbing, dreamlike world. Is it because the images stubbornly refuse to show the two young women’s faces clearly, preferring to focus on their feet and legs?
It is not so much what is shown that arouses and captures our attention, but what is left unsaid; the underlying stories of these sometimes trivial and quite strange pieces of everyday life. These images offer promises of secrets and unfathomable mysteries that we would like to pierce.
Everything lies in suggestion. »
Alain D’Hooghe – Artistic Advisor 2001