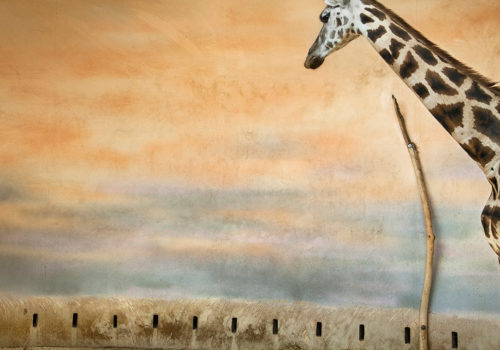 In 2012, the Spanish historian and exhibition curator Rafael Doctor Roncero served as the artistic advisor for the Prix HSBC pour la Photographie. The young British photographer Leonora Hamill and the Frenchman Eric Pillot were awarded the prize. For this latest installment in our series, we asked both winners about their experience with the prize.

L’Oeil de la Photographie : The Prix HSBC pour la Photographie turns 20 this year. It is awarded annually to two photographers to help them complete a project that will be exhibited and published as a monograph, often the artist’s first. What was your experience with the prize ?
Eric Pillot : I was so lucky to receive the prize. Prints are important for the kind of photography I make. They represent the outcome of the process, and it was a real pleasure to be able to exhibit them in such excellent conditions. And it’s quite something to witness your first book being printed. It was a busy and memorable year. The recognition of the prize was especially meaningful for me because I’m not part of the “harem” of the photography and art school milieu.

LODLP : Can you tell us about the project you submitted? What impact has the prize had on your artistic life ?
E. P. : I submitted a long-term project, In Situ, which I’m still working on today in the United States, thanks to the Prix Marc Ladreit de Lacharrière – Académie des Beaux-Arts, which I was awarded a few months ago. I take a poetic approach to photographing our “animal friends” in zoos without retouching or editing. In the field of the human sciences, reflections on animals have become more prominent in the past 20 years. I believe they can help us think about mankind at a time when it’s important for us to be concerned with nature.
Personally, the year I won the Prix HSBC was a step which allowed me to say, “At that moment in time, I was there,” and think better about the follow-up to my work. There are so many added benefits to the prize: in addition to gaining access to a wider audience, it allowed me to consolidate the work I had begun at the Galerie Dumonteil, which was already exhibiting my work regularly, especially in Asia. In Situ will be on display in July at the William Mora Gallery in Melbourne, and a new book edition “In Situ2” is just released by La Pionnière

LODLP : How did HSBC support you during this adventure? And what is your relationship like with them today ?
E. P. : They’re very caring and attentive to the photographer’s wishes. I’m still friends with Christine Raoult and Catherine Bazou, who are the “pillars” of the prize, and I’ve stayed in touch with its inspired founder, Chantal Nedjib. We shot a video together about my latest series, Horizons. And every year I pay close attention to the new winners.

“In order to encourage us to accept an original point of view, Eric Pillot creates his images halfway between architectural photography and Japanese prints. First of all, he maintains the preoccupation of the shapes, the shadows and the lights, and the method of construction. Secondly, these ideas seem to inspire the way he portrays the animal in its own surroundings; as if it is an accessory, like a brooch on a piece of clothing or a beauty spot on someone’s face. Did he have the solution to the vast numerical possibilities for modifying the size and position of the different elements he has included in the piece? Furthermore, has he succeeded in finding the suitable distance each time? It doesn’t matter too much. Digital technology has a tendency to treat everything in the same way, and Eric Pillot transforms this characteristic beautifully. He takes out the relief, organises the shadows as if they are entirely separate pieces of artwork and he transforms objects, beings and lights as much as the diversely coloured lines and surfaces.”
Serge Tisseron, Preface [Extract]