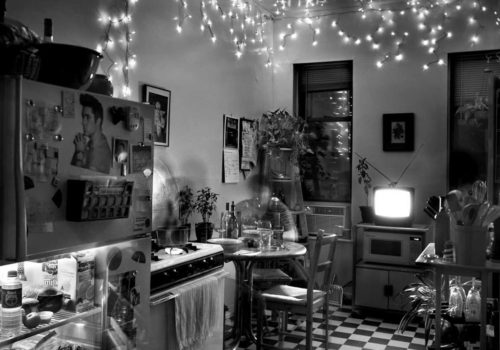 The artistic advisor for the Prix HSBC pour la Photographie 2007 was Alan Sayag, then curator at the Musée National d’art Moderne and head of photography at the Centre Pompidou. The two winning photographers for the 12th edition of the festival were Julia Fullerton-Batten and Matthew Pillsbury. Throughout this series, we’ve been interviewing formers winners to ask them about their experience with the prize and what they’ve been doing since. Today, the american photographer, Matthew Pillsbury answered our questions.

L’Œil de la Photographie : The Prix HSBC pour la Photographie turns 20 this year. It is awarded annually to two photographers to help them complete a project that will be exhibited and published as a monograph, often the artist’s first. What was your experience with the prize ?
Matthew Pillsbury : My experience with the prize was wonderful. During our year, it was all about having my first monograph published and the five exhibits in 3 countries. It was an incredible opportunity to get my work out into the world and we received a lot of great media coverage. However, what I have since realized is that the prize was a fellowship of sorts which would be an ongoing part of my life. I have loved the contacts I made with the people running the foundation and my fellow laureates particularly Julia who received it the same year as I did. We form a community that is both supportive and helpful.

LODLP : Can you tell us about your winning project? Has the prize had an influence on your subsequent work ?
M. P. : When I won the award I had just started photographing museums and it’s become an ongoing theme in my work. The prize was very influential and helpful with my subsequent work. I was given the rare privilege of photographing in the Louvre while it was open to the public- access that would not have been given to me had Alain Sayag not chosen my work for the prize and written about it in my monograph.

LODLP : Apart from the monograph, what impact did the prize have on your career? And what is your relationship like with HSBC today ?
M. P. : Beyond what I have already said, I think the prize brought my work to the attention of the people at FIAF in NYC who asked me to work with them on a series of photographs taken in Paris. While I had spent the first 17 years of my life there, I had never photographed there so it was an amazing experience.

« He records his images using only the light of a screen, whether it is a television screen or a computer monitor. He is fascinated by the spaces in which his compatriots live today, inhabited solely by television or computer screens, small glowing rectangles in an often grandiose urban space perceived through windows. Natural history museums have often attracted the attention of photographers. Here, the museum visitors have been turned into ghostly presences while the mounted animals have taken on a semblance of life.” “Human activity becomes evanescent when the presence of the subjects is captured, thanks to the utilisation of an 8 by 10 inch room, in these lesser details. Each of these images is an open reflection of the complex and changing relationships between the creation of images, art, culture and us. »
Alain Sayag – Artistic Advisor 2007