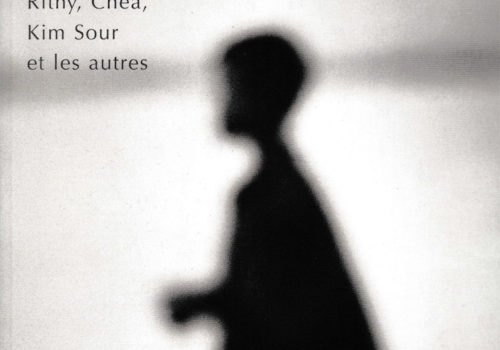 Two French photographers, Laurence Leblanc and Mathieu bernard-Reymond were awarded the 2003 Prix HSBC pour la photographie (then known as the Prix de la Fondation CCF pour la photographie). That year, the Sportweek photo director Giovanna Calvenzi served at the artistic advisor. For this 8th installment in our series, we spoke with both winners. Laurence Leblanc, based in Paris, told us about the experience and his career since.

L’Œil de la Photographie : This year, the Prix HSBC pour la photographie is celebrating its 20th anniversary. The prize is given out every year to two artists to help them develop a project to be the subject of a monograph and exhibition, often their first. How was this experience for you ?
Laurence Leblanc : It was a great opportunity for me to share the entirety my work. Some photographs had been exhibited and acquired by collectors through the Galerie VU. The book gave me more visibility. The most powerful artistic experiences I’ve had are when I discover a thought or a perspective in full. I need to be stunned, astonished, damaged—that’s when we get beyond the surface of things. The experience of the book remains very important. It offers a new way to understand the work, to ask new questions and attempt to respond to them. It was also the opportunity for me to thank people who have played an important role in my career. I asked Peter Gabriel to write the preface and we put together, with the help of Christian Caujolle, a kind of dialogue with the Cambodian filmmaker Rithy Panh.

LODLP : Can you tell us about the award-winning project and how you’ve continued to explore this work ?
L. L. : The award-winning project was shot in Cambodia between 1999 and 2001 with the help of the Villa Medicis Hors Les Murs. (It followed an earlier series in which I explored childhood through photographs taken in France and Morocco.) In Cambodia I wondered how a child grows up, confronts reality and an incomprehensible past, nightmares, ubiquitous traces of the horror. Three additional parts were added to the first. The second part, Les nonnes, explored the question of women, the end of life and spirituality.  In the third part, Rendons le possible, I examined the nature of our discussions today, inspired by the Jean de La Bruyère aphorism: “Giving – and receiving – must be seen as a natural exchange, something that simply happens.” In 2013 I finished the fourth part, D’Argile. I worked with the model figures in the film The Missing Picture by Cambodian filmmaker Rithy Panh. These faces, the size of a fingernail, are motionless, but they remind us, and call out to us.

LODLP : What are some of the highlights of your career since you were awarded the prize? And what is your relationship like with HSBC today ?
L. L. : I have been incredibly happy to continue working with the publisher Actes Sud for my 2009 book Seul l’Air (shot in part in Africa). This series will be exhibited at the 40th edition of the Rencontres d’Arles. A “carte blanche” for France Culture radio, a short film that should be released soon, workshops in France and abroad (Bangladesh, Lebanon), a collaboration with the Musée Niépce and other things. I’ve stayed close with the HSBC team. For the past 12 years we’ve had a ritual of meeting up at Arles every summer. Unfortunately, there’s so little time during the year, but I always try to attend the announcement of the new winners.

« With her work on children in Cambodia, Laurence Leblanc raises the disquieting question of how these youngsters are to live with the aftermath of the Cambodian massacres. She examines childhood postures and attitudes in an attempt to understand and photographically reconstruct the reality facing this country, submerged in lasting, omnipresent perplexity over what went wrong and how such nightmarish horror could have actually taken place. Laurence Leblanc interprets rather than witnesses. The children smile, as children do, but in her portrayal of their play, we sense the inevitable underlying tension of suffering. Her work leads us into an unsettling world inhabited by tiny innocent ghosts struggling desperately to wake up and break out of the nightmare. »
Giovanna Calvenzi – Artistic Advisor 2003