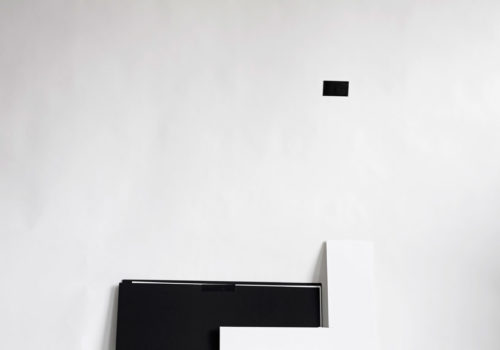 In 2006, Le Prix HSBC pour la photographie appointed Gilles Mora, director of Oeuvre Photographique collection from the French publishing house Éditions du Seuil, as its artistic advisor. The two winners of this 11th edition were Marina Gadonneix and the art duo Clark & Pougnaud. For this latest installment in our series, we spoke with Marina Gadonneix, who was only 30 when she won the prize. A look back at her award-winning series Remote Control.

L’Œil de la Photographie : The Prix HSBC pour la Photographie turns 20 this year. It is awarded annually to two photographers to help them complete a project that will be exhibited and published as a monograph, often the artist’s first. What was your experience with the prize ?
Marina Gadonneix : I was very happy when the team of the Prix HSBC called to tell me I was the winner. I had recently finished the École d’Arles and was very excited about having my first book published as well as a traveling exhibition. It’s a very enriching experience to have as a young artist.

LODLP : Can you tell us about your winning project? Has the prize had an influence on your subsequent work ?
M. G. : In 2006, my series Remote Control was awarded the Prix HSBC. It was a series exploring staged photographs and the media through a series of images of blank television sets shot in darkness, in order to be able to concentrate better on the process of the medium rather than the spectacle itself. This work is about the power and narrative of place. And soon I was also attracted to the ubiquity of the screen, to the point where it became a recurring motif in my photographs, which I focused on from one photograph to the next. The calibration test patterns on the screen reified the “dead air” of the spectacle, reminding us that these spaces are the receptacles of a multitude of images.
This project is part of a larger one. For the past decade my photographs have explored spaces and places through processes and their abilities to make use of images and the imagination. I am interested above all in the power of the narrative of places which we make to appropriate reality. I am interested in ways of reconstructing the world, in simulacra, in reality and simulation. The starting point is almost always a desire to document reality through an idea, a place and a story. That makes me feel like I’m leaving behind the rigor of documentary to bring the series towards something more uncertain. Remote Control is in some ways a link to these broader concerns. In my recent work, I have further explored this relationship to the manufacturing of images, processes of representations, especially in the series Landscapes and Après Image.

LODLP : Apart from the monograph, what impact did the prize have on your career? And what is your relationship like with HSBC today ?
M. G. : The book published by Actes Sud and the publicity that came with the prize prove very valuable for a young artist, giving the work greater visibility. The team at HSBC is very loyal to its former winners and continues to follow the work of the winning artists, promoting their recent work, which is very nice.

« Marina Gadonneix’s work belongs, in her own words, to the realm of “observation of the everyday world in its construction and layout, making the familiar world in which we live in a place of artifice with its dimension of anxiety, peculiarity and melancholy.” One of the qualities of her work, apart from its plastic excellence, is indeed the degree of explanation and interpretation that it contains. Marina Gadonneix is interested in the media world in a biased way, photographing empty television studios, outside of recording hours. It is a brilliant idea, albeit one that required an extreme sureness of touch. The constructed artificiality of the studio is echoed by that of the image, thereby highlighting its characteristics. The superficial world of a television studio offers itself as a symbol of the intellectual emptiness of the media scene, whose alienating effects were so often denounced by sociologist Pierre Bourdieu. Behind the seeming seduction, the set and its surface, we see the emptiness of the content that they frame. This work is both accomplished and remarkable. »
Gilles Mora – Artistic Advisor 2006