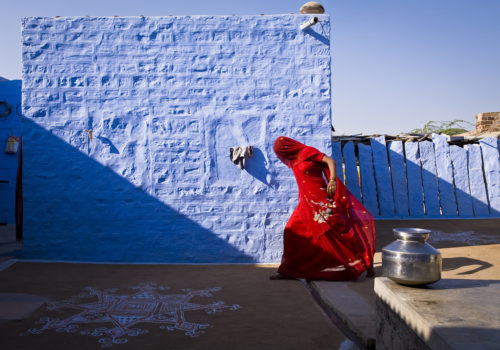 Christopher Pillitz was born and raised in Argentina. In 1978, he went to Europe and more precisely to London to study hotel management. After graduating, he finally decided to turn to his true passion: photography. With a good dose of ignorance and an instinctive desire to tell stories, he offered his services to the English magazines The Observer and The Sunday Times. With no prior experience or real training he chose, for his very first article a look at Argentina a year after the Falklands War in 1983 for the Observer, followed by a cover story for the Sunday Times magazine on Argentina’s “children of the desaparecidos”, the disappeared, who have become the last dark legacy of the country’s long-term military regimes.

In 1985, he went to Vietnam to work on a month-long project on the state of the country 10 years after the end of the war. It was a fascinating experience because, as a young teenager, he had been fascinated by the stories of the war as interpreted by TIME magazine, to which his father subscribed.

He was often asked which country or story he preferred to work on. To which question he would probably hesitate to say Vietnam: so unique was the emotional charge for his young eyes at the time. Both overwhelmed with excitement and fear, as he pondered how he would handle his first real foreign assignment in unfamiliar territory. On this mission, he crossed paths with Donatellla and Gianni Versace, who were to be the only foreign tourists allowed into the country at the time. When he returned to London, the owner of the agency that represented him was shocked that he hadn’t done a story on the Versaces’ trip to Vietnam, “imagine the sales,” he grumbled. But Christopher did not have the soul of a “paparazzo”.

After that momentous assignment, which allowed him to see for himself the consequences of war, he began to broaden his interests. He worked on two Time-Life books in Africa and Eastern Europe, followed by numerous assignments around the world, mainly for the Sunday Times and Stern magazines. Environmental projects in Poland and Mexico, dwarf bullfighters in Spain, the sex industry in Thailand, the fishing industry in Spain, soccer culture in Brazil.

In 1990, Christopher started working for GEO magazine (Germany), for which he has done many reports since. This collaboration has given him the opportunity and privilege to work on a wide variety of subjects around the world. From a four month trip through South America to water problems in Bangladesh, from the search for the Panchen Lama in Tibet to the urban violence of Rio de Janeiro generated by drug cartels and many other subjects.

Christopher Pillitz : As a young teenager living in Argentina I began taking pictures of my family and my surroundings. These were my earliest naive experiences with a plastic camera.

Christopher Pillitz : One which creates a tingle of excitement down your spine.

Christopher Pillitz : Hard question to answer objectively as there are many, however I would singularly highlight many photographs from the unique series of Gypsy life made by Czech photographer Joseph Koudelka. 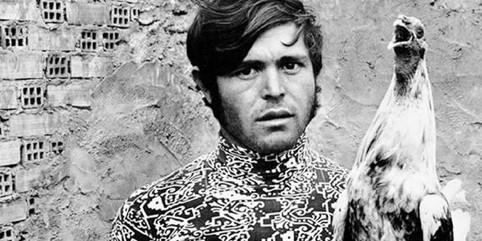 Christopher Pillitz : Still footage of the arrest and ultimate death of George Floyd in Minneapolis, USA.

Christopher Pillitz : Having a sensorial ability to instinctively identify in a split second the possible multiple elements that come together to create a great photograph / composition.

Christopher Pillitz : I don’t believe it exists, however you can come close to that secret by creating an image which generates a deep emotional, spiritual connection to somewhere beyond our bodily sensorial experiences.

The one you use actually ?

Christopher Pillitz : Freedom, with a glass of great red wine.

Christopher Pillitz : A scientist or an activist that through their efforts and work have made the world a better, lasting place.

Christopher Pillitz : Fortunately none that I remember. I consider myself very fortunate that, by and large, have had the good fortune to map out my own path in an industry that has undergone huge changes over the past three decades.

Christopher Pillitz : Departing from Heathrow airport and beginning a new journey of discovery, learning and hopefully returning with a good story to tell.

Christopher Pillitz : Not having enough time.

Christopher Pillitz : Pose for me.

Christopher Pillitz : A Koala bear running to safety whilst surrounded by bush fires in Australia.