The Selects Gallery : Richard Phibbs : The Heart Behind the Lens 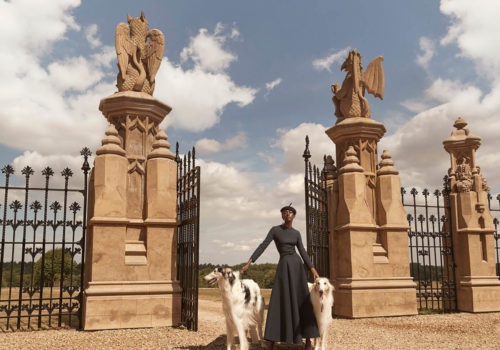 Canadian artist and photographer Richard Phibbs is typically accredited for his star-studded portraits featuring celebrities, models, and athletes on the covers of numerous international fashion magazines such as Harper’s Bazaar, Vanity Fair, and GQ. However, as we begin to uncover more about the man behind the lens, Phibbs’ elegant and graceful photographs present to us more than just a pretty picture. They reveal their profoundly human touch.

Richard Phibbs’ journey into photography was unlike the typical path. He did not have any formal photography training, yet, rather customary of an artist, Phibbs found his talents and artistic calling via a need for an emotional outlet. Born and raised in Canada, the photographer received degrees from the University of Toronto and Parsons in New York.

During the 1990s, Phibbs lost many of his close friends to AIDS, a devastating and formative period in his life. He took up photography in 1994 after he was encouraged by his therapist to find an activity in which to channel his emotions. He was an Art Director of the New York ad agency Carlson & Partners when, after seeing some of his images, Sandy Carlson suggested he take some test shots for the upcoming Polo Ralph Lauren campaign. Ralph Lauren himself selected Phibbs’ among the different options, identifying the promise in his images. To this day, Phibbs frequently photographs horses in his commercial and personal works, capturing their majestic spirit, a perhaps lasting influence from his career-starting opportunity with Ralph Lauren.

After discovering photography as a tool for personal recovery and expression, Phibbs quickly expanded his talents towards helping others, choosing to use his skills for a deeper purpose. In 2001 Phibbs began visiting Bucharest, Romania, to photograph orphaned children with HIV, a cause close to home for Phibbs. He hoped to drive support and public compassion towards the cause and fundraise money for essential antiretroviral medications.

Phibbs has since continued to take his philanthropy and activism further and into new directions, more specifically towards animal welfare. Phibbs works closely with the Humane Society of New York, where he photographs hundreds of abandoned shelter animals, bringing out the sweet qualities of each furry friend to help them find a new home. In front of Phibbs’ lens, any stray can become someone’s dream pet. Phibbs’ unwavering love for animals filters into his professional works as he often includes dogs, cats, and horses (his signature animal) in his fashion shoots. He incorporates these animals alongside high fashion, adding flare and a sense of character to his images and alternative yet complementary forms of beauty.

Phibbs’ deep respect and admiration for nature and all living forms enable him to create heart-warming and compassionate images. After experiencing deep trauma and emotional pain earlier on in his life, he makes an active choice every day to photograph the beauty in the world, not focusing on the darkness of life but its potential and hope.

The result is a collection of images that present a unique elegance and sense of elevation. The artist shared with the New York Post in 2016; “Whether it’s a human or animal, I’m trying to get the subject to feel safe and to feel confident and comfortable with me… we’re looking for that spirit, what makes them different.” Phibbs’ desire to capture the unique essence of his subjects is undoubtedly apparent in his images which venerate and uplift those pictured, whether model, athlete, or shelter animal, each is pictured with a classicism and status fit for the Gods of Ancient Greece. Phibbs’ photography is genuinely compassionate, led by an innate desire to care for those around him, in any form of a living being that may be.

His fine art photography is in the private collections of Bill Clinton, Ralph Lauren, Francis Ford Coppola, and Michael Eisner, among others. It can be found at New York-based gallery The Selects Gallery: https://www.theselectsgallery.com/richard-phibbs-bio