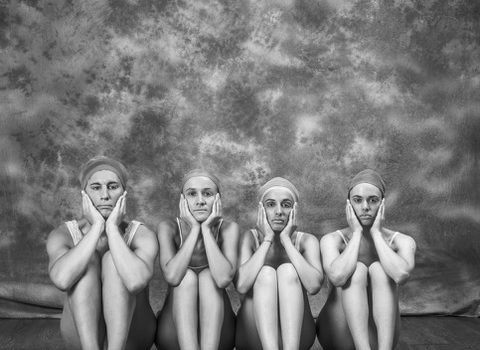 A perfume, a flavor, a melody, a word, an object, could bring us back to childhood as if towards a lost paradise.

Our memories are memories of happiness, sorrow and fear at the same time. An experience hardly accepted, that it remains associated with our personality.

We are all, somewhere, very attached to our childhood. Either because it leaves wonderful memories that we prefer to reality, or because it was so terrible that it continues to haunt us. But that doesn’t stop you from becoming adults, or even staying grown up.

Are we still grown up out of fear of death? Or are we staying like a Peter Pan trying to escape our adult destiny?

To imagine an antagonistic project would be to evoke these children who, thinkers in the evening in their bed, get an idea of ​​their future life. Here, Les Enfants du Paradis Perdu presents adults tormented by their childhood memories. The black and white scenes bear witness to a forgotten past, each visual element referring to a memory. The adult ages but the object remains intact, thus a dresser plays its role of Pandora’s box, like an untouchable and eternal treasure.

Imagination is therefore the only key left to the viewer to understand the images. The shooting stage appears here as an encounter, a human exchange, nostalgic and precious. The light chosen becomes synonymous with a certain softness, considered by Solomon Jamy Brown as the best way to deliver a message.

Within this project, knowledge, considered to be a given, leaves room for reflection and carelessness.

The lost paradise turns a blind eye to reflection and experience to favor a thought and an instinctive action.

But what is this lost paradise? It would be a “receptacle”, a secret garden, full of imagination, pleasures and naivety.

Whether the child is happy or not, he has this little personal box. However, as the child grows up, he learns the truth, his vision of life becomes confused, altered by a reality that is too difficult to accept.

At first glance, Les Enfants du Paradis Perdu seems to present a subject from the past. Yet these convictions remain current and question humans about their place in society, their ambitions and their future.

Centered on portraying this concern, Solomon Jamy Brown’s work is the foundation for a dream of a more authentic world. The models of this project are the actors of this renaissance. The photographic work freezes, for an instant, this life which passes too quickly.