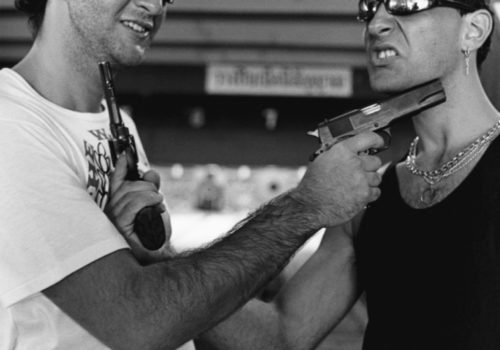 Max Pam: traveler, hippie, father, husband, funny, loving, or adventurous? All of the above.

We met on paper! I saw some of his photos in the British photography magazine Creative Camera in 1973! And I liked them so much, they seemed so different from anything else I had seen done on India, that I wrote to congratulate him; I was itching to see who he was. He wrote back, and we became friends for life, with trips to Paris and even family visits as far as Santa Fe in the 1980s!

Damn Australian! He left his native country as a youngster, immediately drawn to India, right in the heyday of the hippie movement! Traveling from London through the Middle East and Iraq, stopping in Afghan villages, he hit the road, like Nicolas Bouvier and Marc Riboud had done shortly before him! But the Orient was nothing like American highways.

And above all, as a photographer, what an eye! He is free, with no allegiances, even if he has read and admires Weston and Diane Arbus. His thing, one could say, his mission, even his destiny, that’s Asia. From India to China to Borneo, he’s gone everywhere, across deserts, mountains, snow, to gurus and cities, to sages and prostitutes, through poverty and the tropics, it’s all fodder for his lens.

Square format, why not? That’s how he sees, just like Diane Arbus, already mentioned, and Luis Baylon, our brilliant Spanish contemporary! The subject matter? In his frenzy to see, feel, and understand all, he speaks of the freedom of his generation able to travel at a time free of wars. Or almost free.

All the same, these were dangerous regions. There were armed bands, petty warlords… He went everywhere, and photographed on street corners in Shibam and Yemen, in Jaisalmer in Rajasthan, or in Leh, where, in the crowd, one can spot his wife who often accompanied him.

His hippie friends and their chillums. Max is in fact the last die-hard hippie! He’s never changed! I’ve known him since 1973, and he’s stayed the same! And so his work is truly authentic, if there ever was such a thing! Freedom is ours as we look at his photos which speak to us about life, about people everywhere he goes, about moments in the crowd, sounds and smells, as well as about peace in the Himalayas.

Indeed, as years go by, the same photos return again and again, a lifetime marked by Asia, by the childhood of an Australian surfer, and the three S’s: sun, sea, & salt. One can see he’s not a city boy or a highbrow intellectual, but a generous hedonist, madly and sincerely in love with life, with people, with landscapes, and above all with the open air! Pure air of the skies, as well as the breeze of the traveled road, so distant from any passing fad! Dear Max Pam, he’s beyond hope, and you’d be hard-pressed to find someone more genuine!

Bernard Plossu is a French photographer living in Paris.