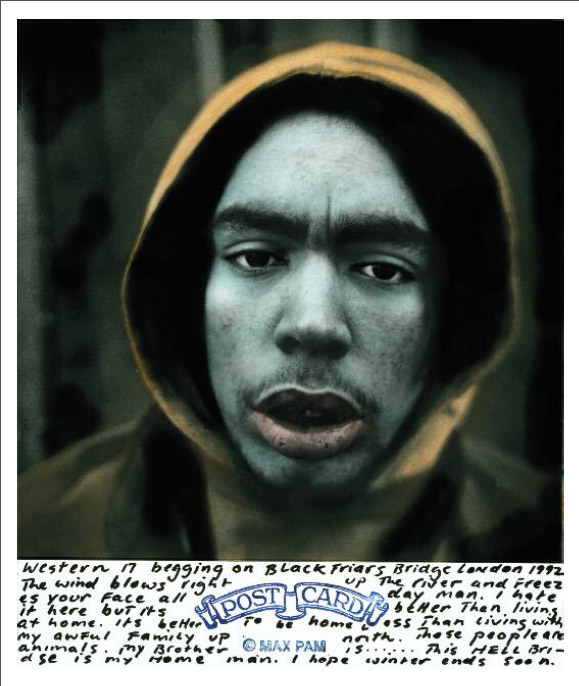 Australian photographer Max Pam’s latest book “Supertourist” took five years and two publishers to come to fruition, but for those who are fans of Max’s work, and there are many particularly in Europe, Supertourist is definitely worth the wait.

This month Max heads to India to continue his “obsession” with that country – this will be his 19th trip. The weekend before he is set to jet off I put a call into his home in Perth. When I talk to Max I always forget that he is now in his sixties, his voice carries none of the body’s years, he is still that curious, irreverent, creative heart that took off for foreign shores in the 1970s and has been travelling ever since.

Of Supertourist Max says, “I want to continue to tell a story, to explore conventions and turn them on their head. This book is really about what’s interesting, what’s driving me in terms of my field work and my interest from one year to the next…there is a continuum of interest in areas and cultures that really hasn’t changed since I first went travelling 45 years ago. So in the book there is work from 1971 right up to now and in that sense it is an interesting book in the way it kind of compresses 45 years of work”.

With its red and white fabric bound covers Supertourist is a work of art in itself. A slipcase houses the book, which is a limited edition (a total of 500 were initially printed). Each book is numbered and comes with a signed print, which has been hand pasted inside.

Thematically the book is sectioned into four chapters: Collage V Bi-Fold, Old World V New World, Object V Artefact and, Islam V Asia. Max tells that Supertourist initially started off as a book concept about old world, new world.  “Then I worked out that a book like Supertourist can handle an awful lot more than just one area of scrutiny. So I looked at those areas that I had been working with, in particular in the last ten years – bi-fold albums, Islamic cultures, Asian cultures – and the binary of old world v new world…I thought that binary also worked well with all the other chapters”.

He says the concept of “versus” in the chapter headings is derived from the desire to make “every double page contest some kind of idea. For me a book is, in terms of a viewing experience, only as good as each double page makes it. For me that meant that I could really structure the book and bring all of my fieldwork and research and production right up to the moment. The whole concept of this book in itself commissioned new work and it is the first book I’ve ever done where I have actually caught up with what I am currently photographing.”

But the hand-coloured work is also intriguing and in the chapter Collage V Bi-Fold Max includes a number of photographs that have been treated in this style. “I’ve always been fascinated with hand colouring and that dates back to my early love affair as a kid with National Geographic magazine. I was into really old copies and really got off on those hand-coloured National Geographics from the 1930s so that was something that I had stored in my head for further investigation. I’ve always kind of flirted with it, but never done anything in a really reconciled way about applying it to my work”.

The conversation makes its way back to his impending trip. I ask if he has a plan in terms of what he will shoot or whether his is an organic process? “It’s totally an experiential thing for me. The hook comes later. I don’t think I’m going to Madagascar, for example, to shoot a book. I’m going there to have some experiences and then take those experiences into a continuum of visual language so they make sense”.

He says inevitably books become the vehicle through which to tell his stories. “I always ask myself how can I turn this experience into something meaningful and it’s always a book format that presents itself as the way to translate that experience and that visual language…As the driver of the work I am pushing to have that experience there in the work, palpable. If you crack open a book on Madagascar that I’ve done, you go to my Madagascar and my experience, rather than some generic colour editorial work that is highly competent, but is not representative of anywhere other than it’s colour photography from another country extolling exotica”.

The inclusion of pages from Max’s journals also progresses the concept that this is very much Max Pam’s view of the world. His personal notes, memorabilia, the odd self-portrait and drawings combine with the photographs to deliver a more complete discovery of the work.

“The writing and drawing in my work increases the layering of the experience because a lot of things you can’t photograph, but you can draw and write about and they are important to me, those other ways of defining experiences.”

I remind Max that the first time I interviewed him he gave me one of the most memorable quotes – that photography is the greatest get out of jail card ever. He laughs and that curious soul who first travelled to Asia in 1971 is on the other end of the phone. “It totally is a beautiful invitation to jump headlong into something unknown and inviting and beautiful”.

In the opening pages of Supertourist is a quote from Susan Sontag – “The photographer is supertourist, an extension of the anthropologist, visiting natives and bringing back news of their exotic doings and strange gear. The photographer is always trying to colonise new experiences or find new ways to look at familiar subjects – to fight against boredom”.