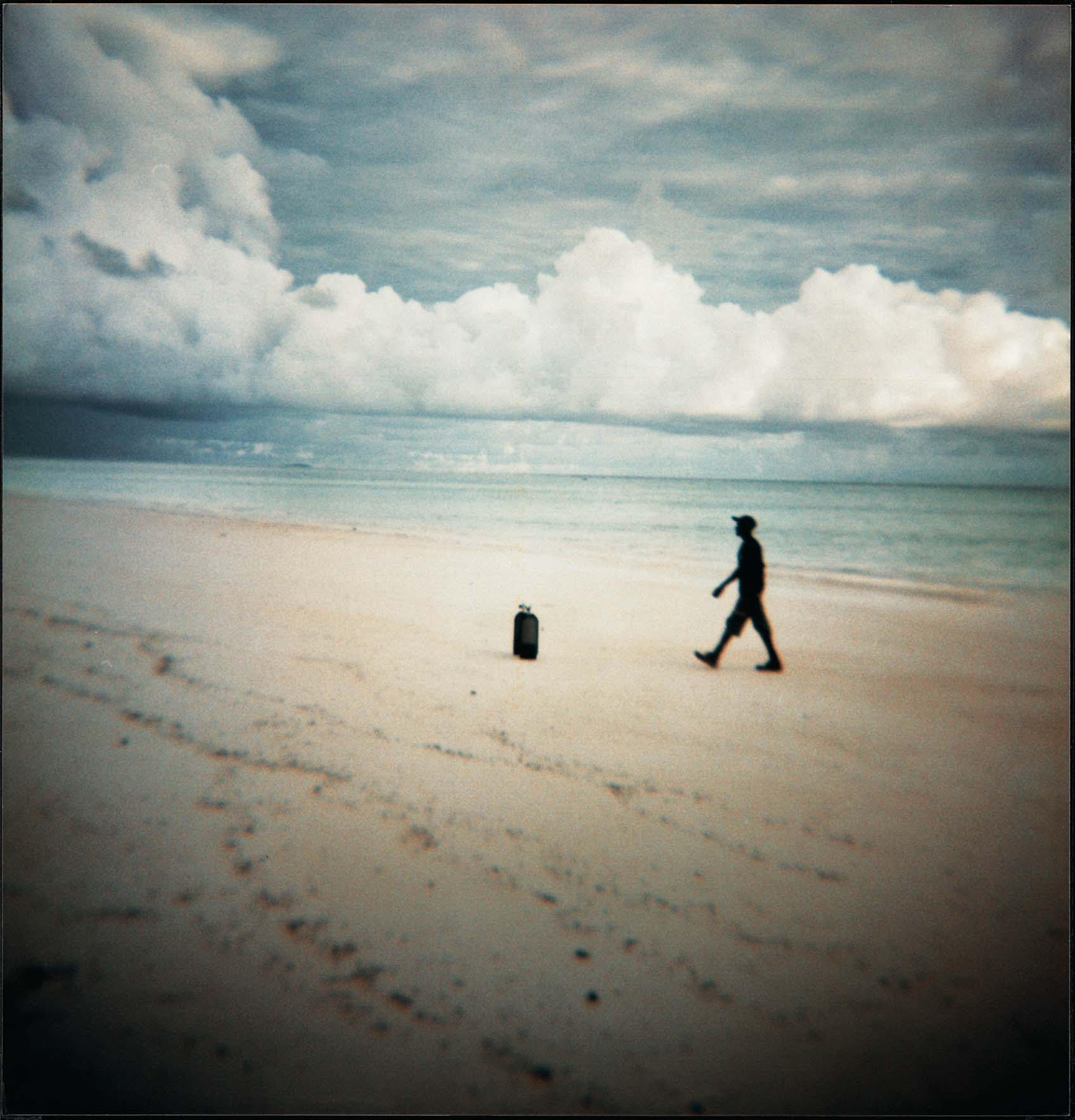 As a young boy Max Pam dreamed of traveling to exotic places. At school he’d open the atlas, pick a destination, and let his imagination take him wandering through Thailand, Tibet, or China, countries that were ostensibly light years from the narrow-minded cultural confines of his 1950’s upbringing in Australia.

When he was in his late teens he turned his dreams into reality. He traveled the hippie trail to Katmandu and hitchhiked from London to India, a seemingly impossible feat, but Pam managed to do it and live to tell the tale. And along the way he amassed an extraordinary collection of photographs, journals and memories.

In his award-winning book Atlas Monographs Pam shares his journeys through Zanzibar, China, South India, Yemen, Madagascar, Karakoram and the South China Sea. The weighty tome features photographs from his nascent years in the early 1970’s to images taken as recently as 2006.

The vast majority of pictures in Atlas Monographs have not been published before with Pam “plundering” his archives and reacquainting himself with images he hasn’t seen for decades.

Pam is now in his sixties, but as he warms to recounting the tale of putting together Atlas Monographs I get the distinct impression that the young man who left behind the shores of his birth for adventure and sex in a fusion of Asian cultures is still very much alive under the surface of time.

I ask him how he arrived at the collection of images that are in Atlas Monographs and he laughs. “This is draft number forty…it was very exciting for me to go through my negatives and select the images and to re-read my journals and then to recast and recast until I had what I wanted.” Pam is extremely pleased with the outcome which compresses decades of photographs and multiple journals into one book.

Atlas Monographs takes the reader through a series of journeys across the Asian continent and beyond. Pam has toured many times over the years to this part of the world and his fascination with Asia, he says, is “built into my DNA. From an early age I had that sensibility I was going to be very attracted to Asia. When I stepped off the plane at the age of twenty and plunged into the Singapore of then it was obvious that this was what had been missing in my life. I found it very exciting, powerful and that feeling endured for a very long time”.

In his introduction to Atlas Monographs he writes about his time in Asia during this period. “My main function as a person was to be there, to travel, to comprehend and join in the osmosis with the many and unique cultures I passed through. I had no formal notion of myself as a photographer. There were no assignments. The printed media and I had no relationship. As for my pictures I considered them to be part of a big work, a series of photographs that would take a lifetime to execute and collate. To understand the power and enormity of the Asian cultures I was involved with needed years of commitment to field work, to my visual anthropology.” Atlas Monographs most certainly pays homage to that ethic.

The book not only contains photographs spanning four decades, but also excerpts from the journals Pam kept on his travels. These books are filled with sketches, paintings, postcards and mementos. Some are hand written, others tapped out on an old ribbon typewriter. They not only served to document his experiences, but also helped Pam to retain his sanity and to fill the void of long days and nights spent on his own.

Of his journals Pam says, “With each successive journey I’d take a different tack on how I created my journal. They are reflective of my mindset at the time, and the reality that from one journey to the next I was a different person.”

As much as he is a photographer, Pam is also a storyteller. As I read, each journal entry transports me to another place in time encasing me in that moment. I can almost feel the relentless humidity of a Bangkok afternoon and smell the Tom Yum that wafts up the stairwell to the bedrooms of a run down Thai hotel. I squirm at the thought of sleeping in cockroach-infested rooms skimming quickly across Pam’s description of these ancient bugs crawling into all sorts of human orifices, my hair standing on end. And I rejoice at the sense of freedom he so clearly conveys.

I ask him what it was like to be able to do whatever he wanted, to go wherever he chose with no agenda. He laughs in reply. “To wake up in the morning, walk down to the docks, find out what ship is going to which island and get on it, to be a straw being blown in the wind, is a beautiful and free feeling.”

Of course to believe that all of his travels were wondrous and great fun would be to ignore the truth of traveling on your own. On one hand it can be fantastic and liberating and at the same time incredibly lonely and hard.

He recounts moments when he despaired. “The worst times were when I was sick. One really powerful experience was having malaria in Sumatra. I was pinned to the bed, paralyzed and so helpless. When you are in that condition you have to have the locals on your side and that was a great thing for me. People who didn’t know me could see my predicament and helped. I’ve had lots of tough, tough trips traveling by myself, subject to the vagaries of depersonalization and powerful loneliness and paranoia. But then in the next week you can have the most spectacular experience and go somewhere so physically beautiful and spiritual that it cuts through what has transpired before and your journey into darkness is over like that”.

Adventure is etched deep in Pam’s spirit and much of his work is autobiographical, his journal entries extremely intimate and at times sexually graphic. His writing conveys honesty, innocence and a wide-eyed enthusiasm for everything that life throws at him. There is no doubt Pam lives in the moment.

In Atlas Monographs you can see how he is drawn to the comic, the bizarre, the violent, the sexual, and the beautiful sides of human nature. A reflection of self steeped in a belief that “scratch the surface and human beings are all the same”.

He tells me his photographs “amplify the idea of an emotional connection to people. Quite a few of the photos (in this book) are from meetings with people that lasted ten minutes, others I spent weeks or a month with”.

As our interview winds to a close he tells me, “Photography is like a get out of jail free card in terms of not becoming part of the predictable set of circumstances that people adhere to in Western Culture – get a degree, get a job, become a functionary of the state. It is the really exciting card in the deck. You can be anything you want as a photographer”.