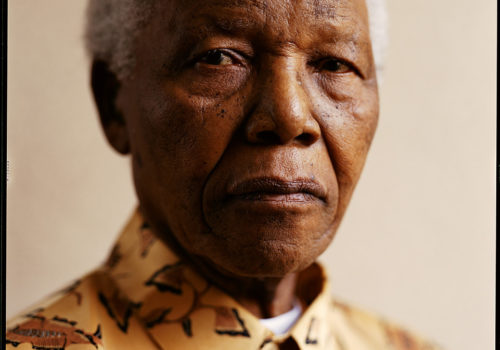 Kwaku has photographed some of the most famous faces of our time—from Oscar and Grammy winners to Barack Obama and the First Family. His many and diverse clients include The New York Times Magazine, Time and Essence Magazine, global brands like Amgen, Pfizer, Coca-Cola, Target and Verizon, and media giants such as Universal Studios, Disney, Amazon, Sony Music and ESPN. His portraits have a fresh, unaffected feel, and yet they celebrate the extraordinariness of his subjects, striking a balance between contemporary documentary photography and classic celebrity portraiture.

Today he bases himself out of both New York and Los Angeles and his photos have appeared on everything from movie posters to the covers of best-selling books to advertising spreads for international brands such as Apple and HBO.

Kwaku has also partnered with a variety of charities and nonprofits, including the DesignACure Breast Cancer Awareness Campaign, the Black AIDS Institute, and the Smiley Faces Foundation. Giving both his work and his time, he traveled to Ethiopia to document a “shoe drop” by TOMS Shoes, which donates footwear to children in need worldwide.

Kwaku’s world travels continue to inform his work and remind him that curiosity, encouragement, and sincerity are universal languages.

Patricia Lanza : Your work crosses many genres in photography (editorial, commercial and celebrity). How did you get your start as a professional in photography?

Kwaku Alston : My photography practice began with a formal arts and photography education at Rochester Institute of Technology in New York.

After graduating from college, with about $700 in hand, I moved to New York City—considered to be the heart of the photo industry at the time.  I worked for a couple of photographers to sharpen my knowledge and showed my work to anyone who would look.  Basically, I followed any lead to share my portfolio and possibly get assignments.    I trekked all around the city and was fortunate to meet some key people who gave me incredible opportunities: Kathy Ryan at The New York Times, George Pitts at Vibe, and attending the Eddie Adam’s Workshop.  Those were extremely challenging times but also some of the best times of my life. I built my career from the bottom to where I am today.

Lanza : Talk about a unique or special assignment in your career who, what, where and why?

I’ve always tried to use my photography practice as a vessel to do some good in the world by donating services and working on personal projects that align with my core values. I want to leave something behind that is more than slick and glossy images.

I had a chance to do this working with the nonprofit charity, the Black AIDS Institute.  I had to produce the shoot in less than 24 hours (in a foreign country!) to be on a plane in time to fly to the homeland.

The assignment was to capture portraits of people who were on the frontlines of the AIDS epidemic across the African diaspora.  The portraits included politicians, artists, doctors, and community organizers.  It was here that I met and photographed the legendary Nelson Mandela with my beloved 8×10 Deardorff analog camera.

Lanza : Access is key to getting great photographs, how did the Voodoo series & film come about?

Alston : The Voodoo series originally started when I visited Benin with Djimon Hounsou in 2006 when I was invited to photograph him on his return to Africa.

Little did I know, Voodoo was a part of everyday life in Benin. Ten years later, I was invited back to Benin by Djimon to be his Director of Photography on his documentary film, In Search of Voodoo. The images were captured during the movie production for a personal project, inspired by Irving Penn’s earlier work in Dahomey (now the Republic of Benin.)

I’ve always loved Penn’s series, so it was particularly special having the opportunity to rediscover Benin through photography and share that visual path with him.

Whenever I return to the continent of Africa, I have to adjust my perspective of time and visual storytelling. It usually takes a week or two to move beyond my ethnocentric Western eyes and mindset to really see the people.

Alston : Somewhere in Between is a great opportunity to share work that was not captured for commercial use—they are a collection of unique moments that gave me pause with my Leica in hand. I really wanted the series of images to be grounded in the Leica tradition of image making and began compiling photographs for the show with this in mind.  The editing process brought me back to explore my archive and re-discover photos I captured all around the world over my career the past 25 years.

Lanza : Discuss personal or a self-assignment that you are currently working on?

Alston : I’m currently working on a few ongoing motion and photo projects that range from traditional image making to the virtual-reality world of the future.

I’m also excited by the advent of NFTs and merging of crypto with art, so I’ve been revisiting my archive to share work on the blockchain.

NFTs and crypto have democratized the photo industry even more by giving diverse people an accessible platform.  I’m excited to see more BIPOC (Black, Indigenous and People of Color) creatives and non-binary folks making an impact contributing to this digital space.

We need as many diverse and under-represented perspectives as possible to change the way we see others and re-shape our collective vision of the world we want to live in.