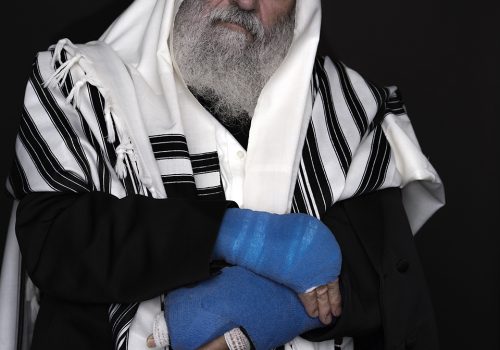 There are more guns in America than people, as reported in the 2018 global arms survey.

Keenly focused on the human costs of gun violence in America, Barbara Davidson—a former staff photographer for the Los Angeles Times and three-time Pulitzer Prize and Emmy-award winning journalist and filmmaker—has won worldwide recognition for her 2011 photographic reporting Caught in the Crossfire. Covering the personal stories of innocent bystanders who became victims of gun violence during the ongoing Los Angeles gang wars, “Crossfire” became the foundational theme of an ambitious (and currently in progress) multi-year project on Victims of Gun Violence in America.

Providing expanded nationwide coverage of all manner of gun violence, this work documents everything from robberies, hate crimes, accidental wounds, suicides, domestic incidents, and school shootings—illuminating the disturbingly wide range of suffering inflicted on Americans across all levels of society from virtually every demographic.

Tackling an outsized societal problem with a life-size approach, Davidson has chosen to capture this impressive body of work on large format 8 x 10 camera and film: the result is an emotionally probing look into the societal costs and collateral damage of gun violence—effectively putting a name and a face on the countless and all too often ignored victims of this still-raging social crisis.

Patricia Lanza: Was Crossfire a “calling for you”

You clearly looked at the narrow segment in that work, when did this larger lens on society happen, and is it bigger and scarier than you thought?

Davidson: When I moved to the Los Angeles Times, from the Dallas Morning News, in 2007, I viewed the move as an opportunity to balance my personal/ work life. I was on the road all the time for the DMN covering conflict and natural disasters around the world, so I was eager to work on stories in my own ‘back yard’ and have a balanced life. Looking back, that was naive of me (giggle).

In Los Angeles, I started to see a familiar pattern that I had seen overseas – and that was the killing of innocent civilians caught in the crossfire of violence. I pitched to my editors that we should produce a comprehensive documentary about the violence playing out in the streets of LA that was often going uncovered by the media. Even though we agreed that the story line should be tight and focus solely on the consequences of gang violence, it was a massive creative undertaking for me. I was the photographer, reporter, and video producer of the project. In many ways, the work was a “calling” of sorts. My whole career I have covered the human condition and in particular those who have experienced violence.

When I started the project, I was at a point in my life where I no longer had any desire to make photographs – not a good thing when you’ve just been hired by the best photo department in the country. My Mother had just passed away from cancer, Non-Hodgkin’s Lymphoma, and my sprit was broken. But when I started to delve into “crossfire,” I started to feel alive and inspired again. I felt that I had a kinship with many of the survivors because of our mutual grief and overwhelming sense of loss. Of course, I didn’t understand what it was like to be shot or have ones’ child murdered but, I intimately understood the pain of losing a loved one and so I poured my heart and soul into documenting their stories. It became a 24/7 project for me.

PL: It looks as though your work on Victims of Gun Violence has taken a therapeutic role for your victims––The message of hope in human suffering. Tell me about this?

Davison: Since creating “Crossfire”, I’ve felt that there was a national narrative about gun violence that needed to be explored in the US and I wanted to tackle this health crisis through a creative prism.  So, for my latest project, documenting survivors of gun violence across the country as a Guggenheim Fellow, I’m dramatically slowing my process down by making studio portraits using an 8×10 film camera and strobes. As a photojournalist, I’m always capturing moments – but, with this project I am creating images in collaboration with the survivors. There is something very empowering and hopeful about inviting someone who has been shot to collaborate with you to create awareness and to hopefully trigger a sense of commonality we all have. Gun violence is not a them issue – it’s an “all of us” issue that we have to take notice of – immediately. So, essentially the creative approach is radically different from my previous images documenting violence. And, I wanted that distinct creative divide – it’s what I was looking for. Thematically the approach is similar – it’s about the human condition but I want this work to be produced from a place of advocacy. I like the creative freedom I have now. I didn’t have that as a staff newspaper photographer.

PL: Your mid project in this what is your theme.. what are you finding?

Davidson: I am mid project now, and I can say with a laugh and a cry that it has been so much harder – both technically, logistically, financially, and emotionally — than I could have ever imagined when I applied for a Guggenheim Fellowship. The technical learning curve alone has been off the charts and I am so grateful for my mentors Jacqueline Darakjy and Rod Klukas — two experts in the world of 8×10 photography.

But you know, I challenge myself because I feel it’s always important to grow creatively and I’ve said to myself more than once “why do I set the bar so damn high for myself all the time?”  So, that’s the crybaby in me speaking and the adult couldn’t be happier with the adventure. I have been driving around the country with my car packed with gear and my two dogs and I have met the kindest and most inspirational people along the way. I am so grateful that survivors have opened their hearts to me, told me their stories, and let me into their lives. These experiences will not soon be forgotten. And there have been many photographers who have loaned me their studios for free and so this really is a national team effort.

PL: There is great risk in showing collateral (corporal) damage, do you think this will take you to an autopsy room. Are you going to photograph a range of images including a bullet ridden body?

Davidson: Using an 8×10 camera ensures that when I enlarge the images to life-sized prints, the viewer will have the illusion of coming face to face with someone who has been shot – the detail is so vivid in large format. Having said that, some of the survivors will reveal their scars and others won’t. I’ve always viewed this project as an essay about overcoming the internal scars. It’s not a piece about exploring scars for a shock and awe effect. I want people to engage with the images, to explore them and to not shut down because they don’t like what they are seeing. It’s always about photographing people from a place of dignity for me. I rarely show my photographs of dead bodies – I just wonder to myself if it has any purpose.

PL: This is about the cultural acceptance of death and dying. People die by guns in disturbing ways. Do you see a solution to gun violence?

Davidson: I believe as a nation we can curb gun violence – absolutely. This is not an anti-second amendment body of work. I believe people in the country have the right to bear arms but, they don’t have the right to use guns unlawfully – and that’s where I take issue. I believe in federal gun legislation, something we don’t currently have because state by state gun legislation just doesn’t work.  I also believe in stricter background checks. And there are positive initiatives happening to curb gun violence in this country. I invite everyone to look at these websites: https://giffords.org & https://momsdemandaction.org & https://everytownresearch.org  to see how they too can help reduce gun violence.

PL: I want to get to the core of your work…how has this affected you personally?

Davidson: This question about how my work has affected me personally is always tricky to answer. I mean, It’s never as hard on me as it is for the people I am photographing so I don’t dwell on how it impacts me but clearly it does. It also fuels me to keep telling these kinds of stories. My work gives my life purpose … and that is something I am very grateful for.