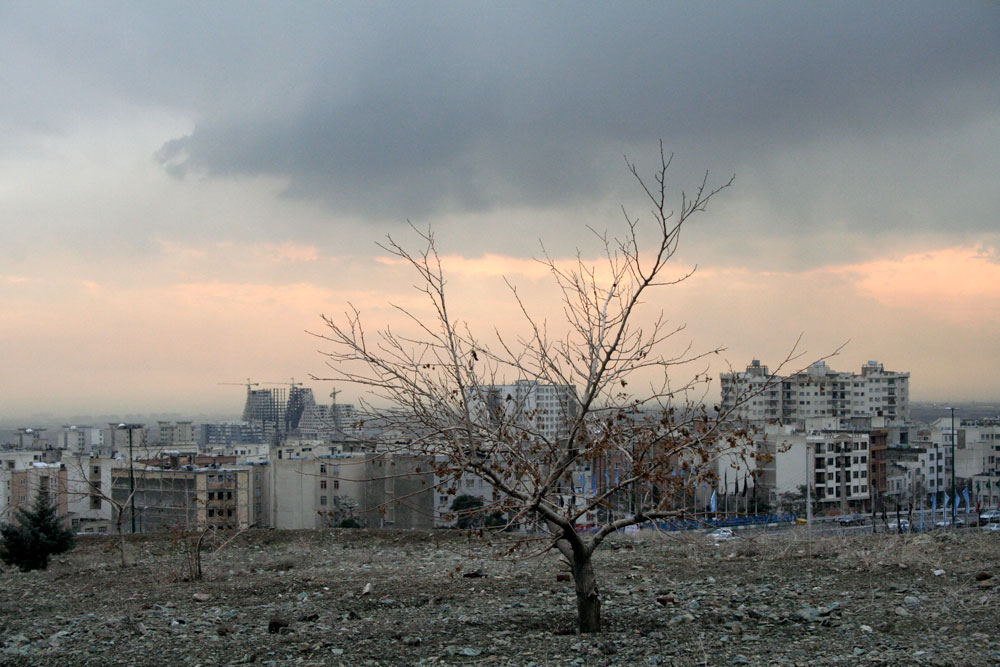 I tried to make some visual translations of the poem “Winter” by Mehdi Akhvane Sales.

Winter is the title of the most famous poem by Mehdi Akhavan Sales (1928–1990) the contemporary Iranian poet which was published in 1956. It was composed in Persian and has been translated into other languages. Akhavan dedicated this poem to Ahmad Shamlou another contemporary Iranian poet. The poem has two layers: on the surface, the speaker is describing the chilly season, but more profoundly he is depicting the despair originating from political suppression in Iran.

Thrusting their heads in their collars,
They won’t greet you back.
No head is raised to greet and meet friends.
As the road is dark and slippery,
The eyes could hardly see.
If you stretch your hands in affection towards someone,
As it is freezing cold,
He will unwillingly take out his hands from his warm pockets.
Exhaled by the warmth of the bosom,
The breath becomes a dark cloud
And rises before your eyes as a wall.
What do you expect your far or close friends to do,
When your breath behaves as such?
My fair Messiah!
Ah, aged Christian in grubby garments!
Oh … it is bitterly cold!
Best wishes and Good luck to you!
Open the door and answer me!
It’s me, your night-guest, a dejected bohemian,
It’s me, an infirm kicked stone,
It’s me, the humble curse of creation, an inharmonious melody.
Neither a Roman nor an African, I’m utterly without bias.
Come and open the door! I’m desolate.
Ah, my companion and host!
Your guest of months and years
Is shivering as ripples
In front of the door.
There is no hail and no death,
If you hear a sound it is the conversation between teeth and chill.
I have come tonight to pay back my debts to you
And clear our accounts.
Do you say it’s too late, it’s dawn, the morn is at hand?
You are deluded, this is not the scarlet after the dawn.
My companion! This is a chill-struck ear,
The memento of winter’s cold smack.
The lantern of the sky, living or dead, is hidden
In the labyrinthine thick coffin of gloom, besmeared with death.
My companion! Go and kindle the light of wine,
Night is indistinguishable from the day.
They won’t greet you back.
The weather is dismal, the doors are closed,
The heads thrust in collars, the hands hidden.
The breath is a cloud, the hearts are heavy,
The trees crystalline skeletons,
The earth is dead-hearted, the sky’s vault low,
The moon and sun are hazy,
It’s winter.