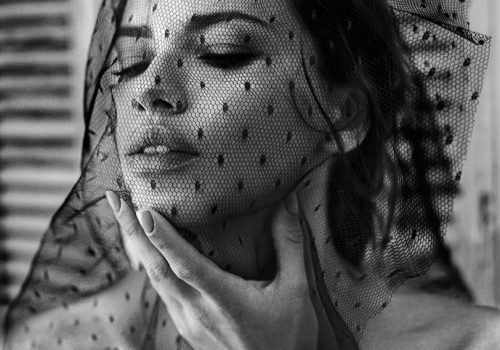 Vincent Peters (born in 1969, Bremen, Germany) is one of the most internationally renowned and esteemed photographers today. At the age of 20, he moved to New York in order to work as a photography assistant; while in 1999, Peters was signed by Giovanni Testino´s agency. Shortly thereafter, his career began to take off with luxury brands Bottega Veneta, Hugo Boss, Emporium Armani, and Lancôme among his clients, and magazines including GQ, Vogue, and Esquire publishing his work.

Peters’s work has been exhibited throughout Germany as well as abroad, with a hugely successful solo exhibition at Fotografiska Stockholm in 2019 and several planned exhibitions for the next months at gallery 29artsinprogress (Milan) and in St. Petersburg, Venice, and Berlin.

Looking ahead to his upcoming shows and new works in the pipeline, we recently sat down with him and discussed What’s New.

Nadine Dinter: Ibiza, New York, Paris, Berlin. Which city has been most inspiring to you and which one stands for which stage of your life & career?

Vincent Peters: You forgot London – it was there with magazines like Dazed and The Face where my career started. It’s also where I did the first Vogue covers. It still surprises me how particular the character of every city is and how different the influences are even if we seem so connected. I think a lot in cinematic moods: NYC is French Connection or Taxi Driver to me. Paris is À bout de souffle (Breathless) or L’Ascenseur pour l’Échafaud (Elevator to the Gallows) – both have jazz but the moods are so different when you translate it to their influence. You need to be open to the mystery of the place and not try to explain it.

ND: For the past months, you have been living and working in Berlin. How has the city been treating you? Before and during coronavirus times?

VP: Berlin has been difficult for me, I have to admit. Maybe because of this special moment in life – but I can’t find anything poetic or inspiring between the concrete buildings and places. It’s like a beaten guy with a broken nose who used to be pretty and is tired now from what has happened to him.

ND: Berlin is known for its VIPs who hang out at places such as Borchardt Restaurant, etc. For someone like you, having worked with countless international stars, how do you feel about this “scene”? Is it a group to belong to?

VP: I wish Germany would not act so inferior towards places like NYC, Paris, etc.
My favorite are the Germans who are forced to speak English to each other (with a heavy German accent) at Soho House!?! I can’t imagine a place that would try to be “international” and force people to speak German in NYC – it all seems very desperate. It has that flavor of the 1950 post-war complex where everything that was good came from the outside. It feels like the complex that led to Peter Kraus as the “German Elvis” or Horst Buchholz as the “German James Dean” never disappeared.

ND: For more than 30 years, you have been working as a photographer, and have gained international fame through your unique way of portraying the Who’s Who – from Monica Bellucci, Charlize Theron, and Emma Watson to Alexander McQueen, John Malkovich, and Michael Fassbender. Tell us a bit about your special way of working.

VP: I could talk about technique but it’s so irrelevant. The picture itself is just a road map, a rear view mirror, where you discover your own longing. We professionals create the world we like to see, we hope to find. Nostalgia and photography are always connected. A good interpretation of nostalgia is a need for things you never had or felt. Photography – to stay in the language – is a positive that is a print – and the needs and deficits of the photographer is the negative where it comes from; the conscious meets the unconscious, the silent the spoken word. Something unfinished is driving you to work and to create what you never had, in some ways.

VP: I don’t share them in the pictures? Yes, I have loads of stories, but I would write too much and too long. Just yesterday, I was sitting in a café and two girls were exchanging stories about actresses, as if they knew them. We all think we know these “celebrities” because they are just mirrors of ourselves, projections.

ND: Over the past 10 years, everything from the fashion scene and the world of magazines to the photography business has accelerated and become extremely technology driven. How do you see yourself in the context of this development and how has it affected your way of working?

VP: There is a lot to write about our need to accelerate everything in life and how we still end up with less time. It’s a cultural obsession that is deeply connected to photography. The first picture took eight hours; today we take more pictures in two hours than in the entire 150 years of photography combined. We want to make everything available – but lose the connection to what we shoot. I think Joseph von Eichendorff wrote “there is a song sleeping in all things” – but when the world we photograph goes quiet, we use effects and filters to cheat that. Max Weber calls it the “disenchantment”: the world loses the magic it had when we were children…It’s that magic of the unknown that remains with us – not the 400 sharpened iPhone pictures of the same moment we try to keep. Someone who thinks a picture is technical is like asking a writer what pen and paper he uses. It’s not the picture that matters but the feeling you keep when it’s gone. I’m disappointed when people try to show off their technical skills. You want to impress me? Then make a picture that’s sincere, honest, and truthful rather than hide behind a set of skills.

VP: I always love it, if people can express the complexity and uniqueness of their vision in everything, not just one subject. If it’s complex and shows a world inside their mind. So I wanted to see how it is when I shoot animals, and what happens when I use light in the same way that I use on Hollywood actresses. When we photograph things we can confirm their meaning – or change their meaning completely.

ND: At the moment, you are discussing a new mega-project with Balmain, one of the most renowned Paris-based couture houses. Can you tell us more about it?

VP: Yes, I had the idea to shoot some of the most iconic clothing from the classic fashion images of the 1950s and 1960s. It’s difficult to get access to them. It’s pieces photographed by Avedon, Penn, etc. I wanted to see how I would do it, though I can’t shoot the same models. I think it will be an interesting experience, and I hope to learn from it.

ND: So far, as it seems, you are still sticking to analogue, mostly black & white photography. Have you never been tempted to switch to color?

VP: I don’t always. I did about 70% color when I worked as a fashion photographer. Once I had to personally apologize to the editor-in-chief of French Vogue because I shot a story in black & white without permission. It just turned out one day that the black & white shots I do are more honest and personal to me, and that’s what I wanted my work to be. Black & white or color are just means to an end, to find a way to find yourself in your work in the most clear way.

ND: Any advice to aspiring photographers of the next generation?

VP: You have a relationship to life – define the basic feeling that is connecting you to the world and use that as a start. Don’t get lost in a shop trying to figure out what camera or program to buy or use. Define your work emotionally in the most personal way.