My Beautiful Jury by Thierry Maindrault 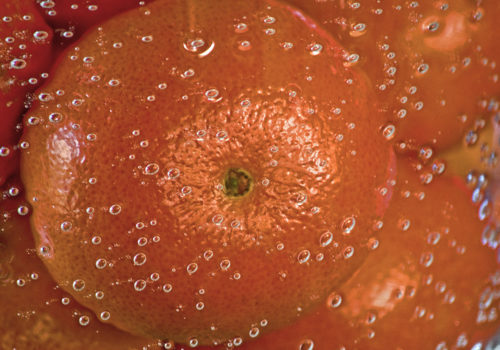 It is always nice on paper. I can confirm that they are more beautiful with the plethora of all new photographic juries. Without our paying attention, photographic competitions have been set up on every street corners. The smallest economic activity has become an authorised “sponsor” of a photographic competition. While the real photography as image is no longer sold and the professionals – the real ones – are on a shoestring budget, Photography helps to sell. For want of image produced, it is the notion of photography which is on the rise. The competitions and the awards of distinctions have become so numerous that certain websites of photographers, as illustrious as they are unknown, display a list of awards more important than the photographic works. This does not matter because essential, to this day, is neither the artwork nor its author … the essential today is the brand of the sponsor. Even the historically famous prizes sometimes awarded by cult events or public entities are now associated with a brand. No sectarianism, from luxury perfume to ready-made meals, from investment banking to motor vehicles, from champagne (to be drunk in moderation according to the competition rules!) to photographic materials, from shopping centres to travel agencies; all these small people rush to pay. There are the meager reward to the winner, the communication costs related to the event which explain their big generous hearts, the provision of premises and / or their productions, the wages of the organisers and expense of the guests called upon to guarantee the honesty of the action, etc. All this costs our company a fortune, will you tell me? Think again ! The overall investment is often less than a tenth of the cost of another communication method to achieve a similar result in terms of brand awareness and feeling. I leave aside the smart ones who manage a tax discount and on top those who cover a part of the competition costs by making the candidates pay.

The atmosphere and the context are displayed.

Over the past few years, I have had and still have the opportunity to be invited to participate, or even to chair, some juries. My purpose is therefore, with a certain height of uninhibited view, to initiate you into this activity and its rules which remain, as far as I am concerned : rigour, competence, clarity, autonomy, quality, impartiality and independence. But, in two decades, – surely with the step of the new millennium -, the no-rules have imposed themselves. Little stroll inside the new Juries …

Some of these traditional juries survive with their good name; but, rarely “has been” in their deliberations, they are very often avant-garde  . These compositions of at least about ten members are balanced with half of them with real proven skills concerning Photography and a second part of jurors chosen for their proximity to the theme chosen or to the environmental sector addressed. All artworks are treated in absolute anonymity in three stages. A preselection by individual elimination scores which are technically compiled. A joint choice to select finalists always by rating. At this stage all the select artworks can claim the highest step of podium. Finally, a real deliberation animated by a president who listens and above all is capable of bringing about a final collective decision. These Juries are in the process of disappearing except for salutary and urgent awakening of minds and candidates.

The Jury of the organiser which is often a famous festival or a prestigious association led by a first class president or a leading manager. It is fashionable to maintain the tradition of the best image or the best author (!) to be rewarded during the event. The equation is pretty straightforward with about six jurors displaying a prestigious Name (it does not matter which one) babbling about the latest indiscretions during a fancy dinner party, before validating between dessert and coffee, the organiser’s choice. If inadvertently the Jury had naively considered another choice, it is urged to re-examine certain artworks and especially to reconsider their selection.

The special prize for “this is very true ” or “What Else!” is awarded by a two sided Jury. On the one side, the Chairman of the sponsoring Group (or his proxy which, moreover, does not guarantee a more relevant taste), the marketing director who throughout the deliberation will have his impact curves of sales in the head and the manager of public relations or the press secretary who is locked in his: “but how am I going to sell this thing to the media? “. On the other side of the crew two celebrities or three who passed nearby and who take advantage of the windfall to show that they are still with us.

The Juries of Glory. Make no mistake, it is a thousand times more important to be a member of these Juries than to receive the reward. There is a crowd at the gate to sit in the learned assembly and especially to make it known “urbi et orbi”. You rub shoulders with the Master who asserts himself there by his photochromic remarks, avoiding to tell you that he is somewhat colour blind. Whatever the theme, whatever the subject, whatever the works presented, as long as the prospective juror can claim that he was part of it.

It is inevitable I may tell you about these small very exclusive Juries. These ritual juries were settled over time with the fashion for photography. We already know these juries very well in other artistic sectors. The jurors are always the same gallery directors, museum curators, festival directors, exhibition curators (the latter are often the same as the first three who accumulate functions). Most see themselves more as Judges who readily proclaim themselves to be the owners of knowledge. You will quickly understand that the prize can only be attributed to one of their “protégés “. Business is shared from one year to the next, from one award to another. The laureates always come from one or another team in turn. Few space available for intruders, unless they make the media and the news of fashion sparkle.

Despite your encouraging smiles, I will limit my prose; however this glance is not exhaustive. Every day more of them are becoming our beautiful Photography Juries; but, I would prefer that the distributions of medals, often “chocolate”, be much less numerous with competent juries involved in their decision.

If each member of a Jury had access to the competition rules and took the time to read them. If each member was willing to make the distinction between making a judgement and extracting an artwork as close as possible to the criteria defined by the organiser. If each member had the humility to consider that it is the artworks that are essential and not his own certainties.

Objectively, the paradise of Photography would not be so far away.