Yann Arthus-Bertrand : Never Give Up !

Yann Arthus-Bertrand, who describes himself as a photographer who thinks, is above all a passionate and exciting man. By turns reporter, director and convinced ecologist for many years, he also presides over the “GoodPlanet” foundation and leads a fight that is close to his heart. For him, if we want to change the world, we must do it now, and without wasting time”. For behind the anguish of our present, there is a glimmer of hope: the possibility for each of us to give meaning to our lives through action.

Fascinated by the animal world and natural spaces since he was thirty, Yann Arthus-Bertrand flew to Kenya with his wife. His purpose was to study the behavior of a family of lions for three years. Very quickly, he used the camera to record his observations. It was the beginning of a vocation: to tell stories through images.

Back in France, he published his first book and became a Grand Reporter.

In 1991, he founded Altitude, the first worldwide aerial photography agency. From then on, he began a series of long-term projects, questioning the link between man and wild or domesticated nature.

A committed activist for sustainable development, Yann Arthus-Bertrand created the GoodPlanet.org association on July 1, 2005 and, to limit the impact of his own activities on the climate, he set up “Action Carbone”.

He is also the author of Vu du Ciel, a television documentary series in which each episode explores a particular ecological issue. The program is currently being syndicated to 49 countries around the world. Based on this television experience, Yann Arthus-Bertrand directed a feature film, “Home”, on the state of our planet. And more recently, “Legacy”, a documentary that traces the reality of the climate emergency, the collapse of biodiversity and the depletion of resources.

He is currently working on a film called “France”, a love story in which he will meet the French people, which will be shot this summer.

On June 22, 2001, he received the insignia of Knight of the Legion of Honor and on February 27, 2003 those of Knight of the Order of Agricultural Merit. He was named Officer of the same order on January 31, 2007. He was appointed Official Painter of the Navy on November 15, 2005. On the occasion of the creation of a new section devoted to photography, he was elected member of the Academy of Fine Arts on May 31, 2006. With Lucien Clergue, they are the first photographers received in this institution. On June 17, 2008, the President of the French Republic awarded him the insignia of Officer of the National Order of Merit.

Yann Arthus-Bertrand : It was with my grandfather in our property in the Sarthe, I must have been between 6 and 10 years old, that’s when I started to take pictures of my family, one of which I still have of my grandfather posing surrounded by his family.

The man of images who inspired you?

Yann Arthus-Bertrand : Photography entered my life very early, and it was probably my father who inspired me. He traveled a lot and took a lot of pictures to share with us everything he had seen. It is probably him who led me to think that photography was not difficult to do and that I could also do it.

Yann Arthus-Bertrand : All those I missed, in the sense that I could not make them, like in Kenya where after days of waiting to observe the lions, a great hunt took place in front of me, only to realize after the fact, that there was no film in the camera, which with today’s cameras would not be possible. But I still have this image in the corner of my mind, I can see perfectly this lioness on the back of a buffalo, it was very spectacular. In another register, there is also this picture of two bums in the streets of New York, sitting on cardboard boxes and playing Monopoly, and that day I didn’t have a camera with me.

Yann Arthus-Bertrand: Without a doubt the first B&W photos of the liberation of the concentration camps, those incredible images of all those emaciated people and corpses being pushed by tractors. These are images that moved me very strongly and that still move me today. 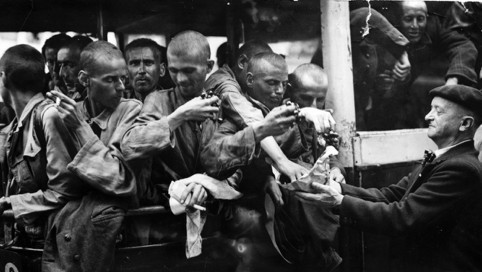 Yann Arthus-Bertrand: To know what you want to photograph. I am not a Cartier-Bresson photographer who frames perfectly, I need to work a lot on something I like. I think you need to be curious and know if you want to be a war photographer, a fashion photographer, etc. and do it with passion… and of course have an eye!

Yann Arthus-Bertrand: Perfection is a very subjective thing. Each of us has his own idea of it. Maybe for me the perfect image is the one of my grandchildren that I have in my wallet, it is the image that speaks of the people you love.

Yann Arthus-Bertrand: I have been lucky enough to be able to photograph many personalities, so I have no frustrations in this area. On the other hand, I regret never having photographed certain people, such as César, for example, who invited me many times to come and take photos in his studio, but by dint of always putting it off, it was never done, but also other people who were close to me and who are no longer with me. But that’s how it is. This being said, I think that today we are not forbidden at a certain level to photograph everyone… and then I always have a camera with me!

Yann Arthus-Bertrand: Any book by Annie Leibovitz. I love her work, she has an incredible talent. She can photograph everything in an incredible way. For me, she is one of the greatest photographers ever. There is also “The Hand of Man” by Sebastião Salgado, who is a photographer who is important to me and whom I know well. What is extraordinary in the work he did for this book is not so much to photograph men at work, but to have gone to the end of his idea with a beginning and an end. This is probably what made me want to do all this work around “The Earth from Above”. 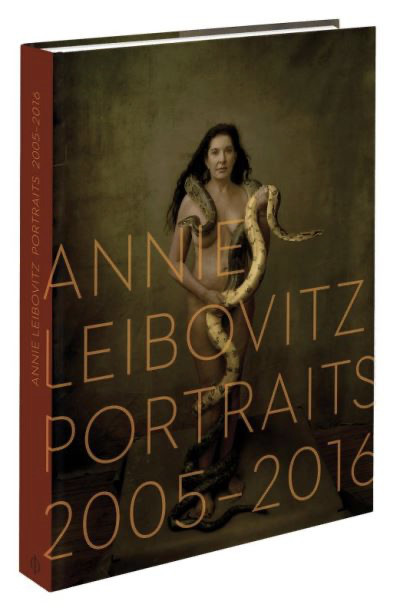 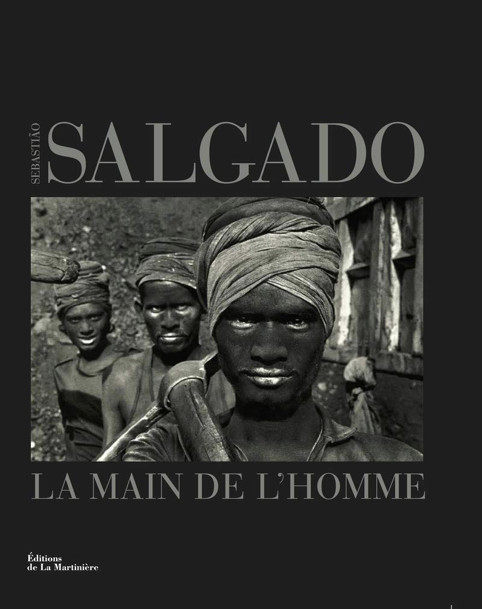 Yann Arthus-Bertrand: A Canon Dial that my father brought me from Japan.

Yann Arthus-Bertrand: I just changed everything for the R5 Canon which is incredible.

Yann Arthus-Bertrand: This is something I have never been able to do, I work a lot and I have often been reproached for it, and rightly so. But today I am learning. In fact, in a while I’m going to take a few vacations without a phone, without a computer and without a tablet! A challenge for me!

Yann Arthus-Bertrand: Without doubt perseverance. I don’t give up… 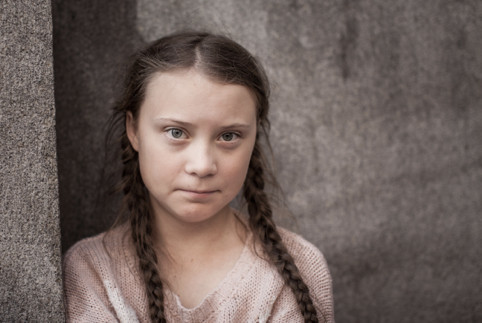 Yann Arthus-Bertrand: Answering this question is a bit reductive for the jobs I could mention. I would say that I would not have been able to do a job (whatever it is) that I am not passionate about.

Yann Arthus-Bertrand: My project on “The Earth from Above” … It was crazy to leave for 10 years to make all these images, to expose my photos in the street while the museums refused me. They took me for a madman, sometimes even for a megalomaniac… 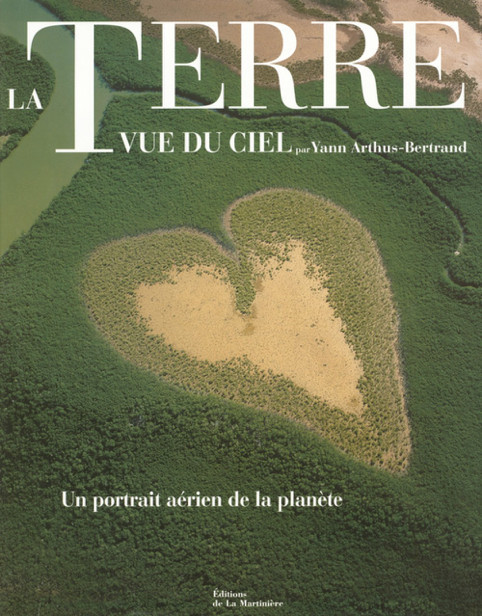 Yann Arthus-Bertrand: After having travelled the world in all directions, I am currently doing a big job on France.

Yann Arthus-Bertrand: At home. I am lucky to have a house in a very nice place. So I never tire of being surrounded by those I love.

Yann Arthus-Bertrand: I am not a man of regrets. I think we learn from everything. But perhaps my “photographic” regret is not having gone to Rwanda at the time of the genocide.

Yann Arthus-Bertrand: Personally, none of these, I must admit that I don’t even know how they work. So of course, I am present on social networks, but it is my assistants who take care of it.

Yann Arthus-Bertrand: If I have worked a lot in color, I am now more and more interested in B&W. I am in the process of making B&W prints of some of my never published images from the “Earth from Above” series.

What do you think is the most photogenic city?

Yann Arthus-Bertrand: Venice… Every corner is magical. And I also like the fact that it is a city without cars.

The image that represents for you the current state of the world ?

Yann Arthus-Bertrand: The image on the front page of the newspaper Le Monde 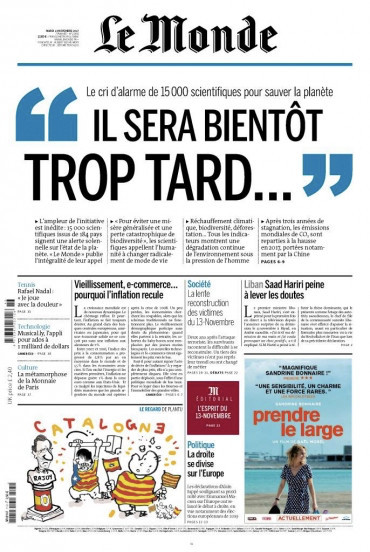 TO RAISE AWARENESS ABOUT THE HUMAN-ANIMAL RELATIONSHIP 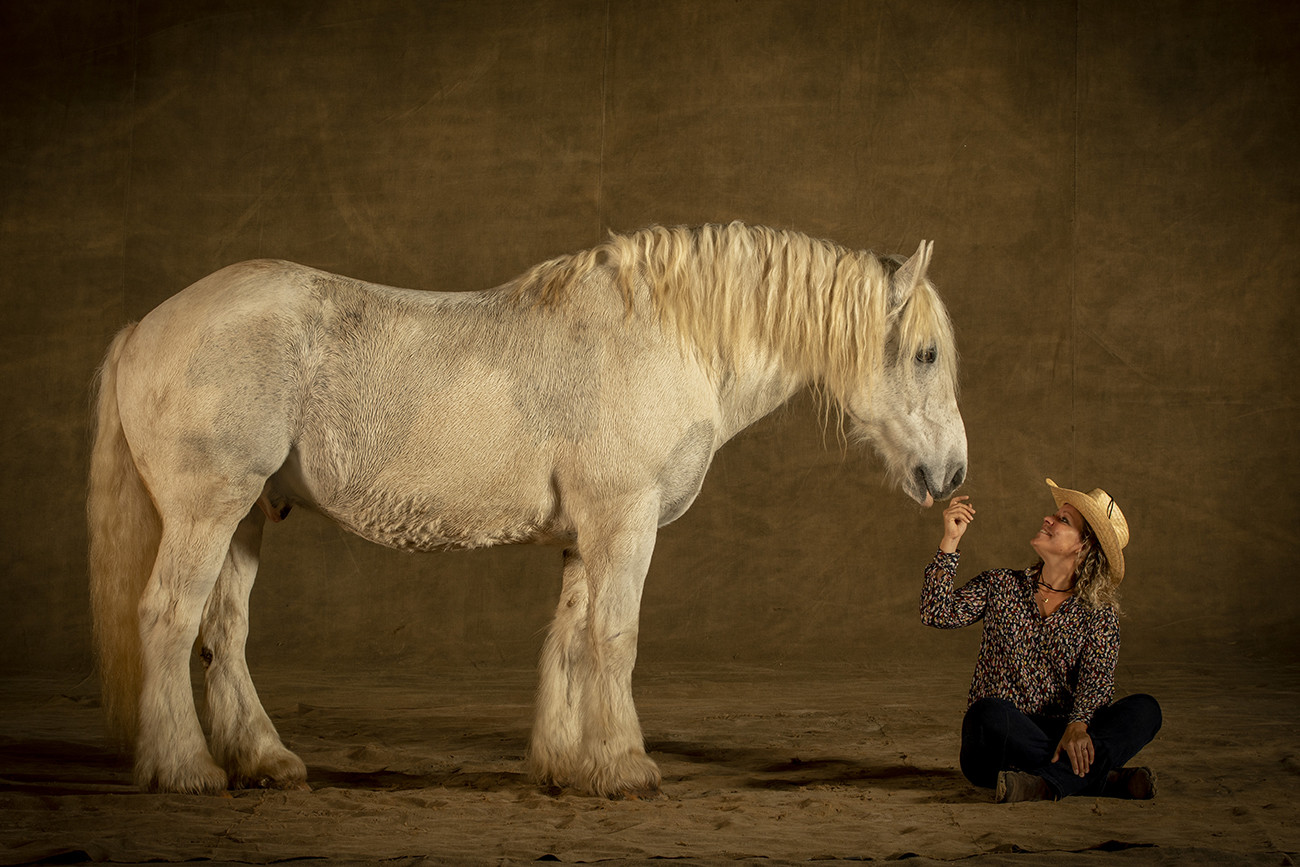 In addition, on June 19 and 20, at the invitation of l’Institut pour l’Homme et le Cheval endowment fund, Yann Arthus-Bertrand is taking over the Haras de la Cense for the second time with his teams and his photo studio. . In two days, he will carry out on a voluntary basis, in line with his work ‘Bestiaux’, around fifty portraits, with the aim of raising awareness of the richness of the Human-Animal relationship. A unique opportunity to have a portrait taken by the illustrious photographer on a simple donation of a minimum of 50 euros.

All the sums collected will be used to offer, this summer, training in ethical riding to eight young people who cannot go on vacation, chosen by the associations AAPISE and No Joke de Dourdan. At the end of the training, the young people will present in their neighborhood, in front of their families and friends, the fruit of their learning with horses. This initiative is in line with the operation ‘Des Chevaux en bas des Tours’ carried out in May 2019 to fight against social exclusion thanks to the benefits of animal mediation.