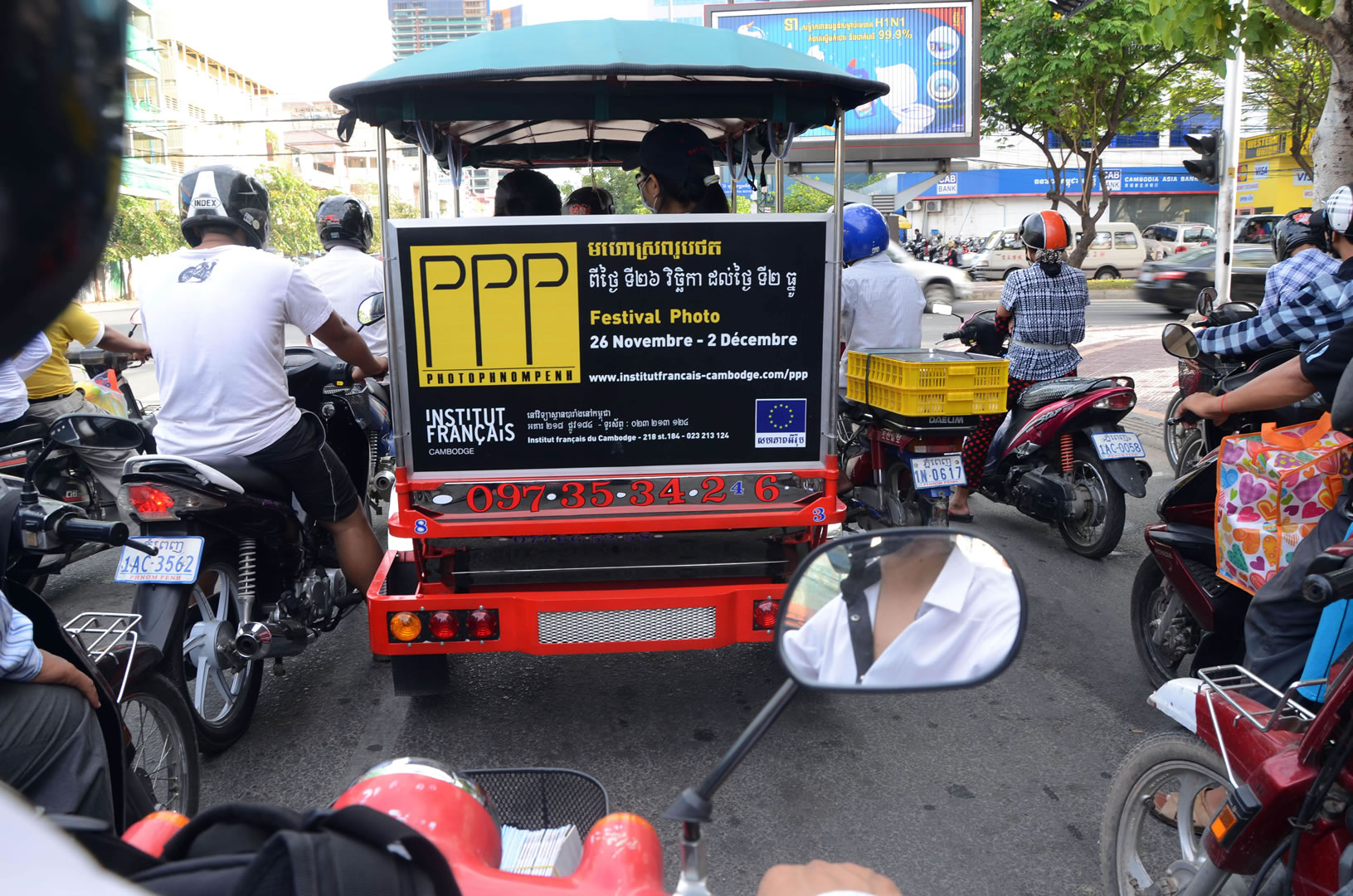 The operation was incredibly challenging. More difficult than ever, with an unbelievable succession of more or less important, even catastrophic events that managed week after week, to take place with an indisputable talent of coordination. We can unpretentiously list them haphazardly in a group, and wouldn’t wish them on any Festival director. Two exhibitions were left stranded in a makeshift space after the first was ejected after its room was destroyed at the last minute by the new owner, and the other was rejected from its location after it was transformed into a classroom. The delivery truck stocked with prints ready to be installed broke down and stranded its six friendly and joyous workers, a torrential rainstorm blew through, overturning a 16 meter-long picture rail holding 56 prints. Upon reprinting them, the laboratory ran out of paper and was confronted with a four-week delivery delay from Singapore. They chose a different paper. The same storm interrupted the installation of 200 meters of exterior tarps at the French Embassy, damaging some, and the absence of supplies again proved problematic. Denis Darzacq’s Casques and Hyper were no longer quite the same. But in the bright sun, the damage was barely visible, massive numbers of bikers and rickshaws stopped to admire the works without noticing the changes. And the unusual black-out, we were no longer used to them in this fast changing capital, that interrupted the National Museum and Royal Arts Museum installations for half a day was a mere anecdote.

But there weren’t just problems and delays. The exhibitions took shape in the elegant and sumptuous volumes of the University Dome. Bharat Sikka, who in star-like fashion, once again missed the opening ceremony, nevertheless presented an impressive exhibition in the beautiful Sa Sa Bassac Gallery. After a few initial layout problems, the Khvay Samnang mask exhibition and that of its neighbors at the White Building attracted the attention of the Fine Arts University. Opening night preparations included 40 colorfully decorated rickshaws to transport visitors from room to room. With 27 exhibitions, opening night ceremonies will take place over three days. The six slow moving boats with their giant screens that, between 6pm and 10pm, show festival pictures will be as magical as ever. In addition to the central program, on the Sisovath quai, Raphaël Dallaporta’s pictures of mines displayed on giant photo rail will provide a connection between the Festival and the International Conference that signed the Ottawa Treaty against land-mines.

Tension is in the air as journalists and photographers arrive, reuniting, emotion and friendship, waiting, finishing, anxiously.
Before everything takes off, the warm, tender nights and their occasional wafts of jasmine hold the surprises concocted by the street venders capable of creation delectable grilled dishes while Chinese soup sellers honk through congested traffic on their tricycles, milling with cautious drivers. A flowing crowd known only in Asia, astonishing and unbelievable. Like Hong Menea’s pictures that show all that can be carried on two, three or four wheels, the little motorized vehicles that fill the streets of Phnom Penh.