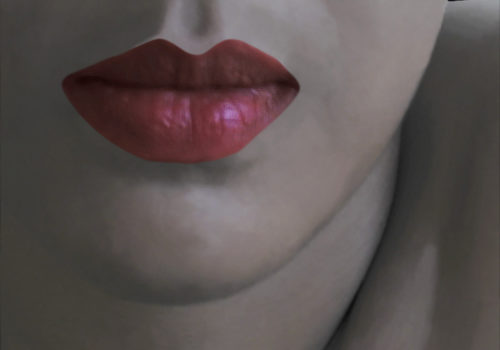 Quite ! It penetrated everywhere. I am so tired to meet it whatever the places, the people, the ideas, the achievements; you understood it, I am going to challenge you about the word: “Correct“. Although widely used in Anglo-Saxon and Nordic languages, this adjective which must clearly express an affirmation is in fact of a confusing ambiguity which makes it as unbearable as it is tyrannical. It is one of those words which, truly, does not call for dispute or debate.

Correct attributes an objective verdict in relation to a rule, to a standard and thus validates the no fault or the no error.

Correct becomes just as subjective when it defines a word as acceptable or honest.

Correct flirts with the smog as soon as it becomes judge of the decorous and the decent in an ethic magma and so-called social rules.

No full understandable impatience, courageous readers, I am getting there because photography does not escape this unspoken sanction which is unavoidable: “Photographically Correct“.

To get to the heart of the matter we are going to have, at the modest level of all the works treated by photographic procedures, to ascertain their location in relation to this famous, more exactly these famous lines, which determine, depending the side chosen, whether the work is correct or incorrect. It will not have escaped you that for this above action of appreciation if the line of the first definition seems clear enough, it becomes more and more blurry up to the third definition of this adjective.

Both technically and conceptually, does the image comply with the rules and criteria for obtaining it? If the photograph is sharp (this applies to out of focus if they are sharp and never if blurred by the hypothetical result of technical incompetence). If it presents a nice contrast for lights (chiaroscuro, highkey, sfumato included but all kinds of accidental imbalances excluded). If it shows studied sizing (with their multiple compositions adapted for dialogues without collections of cut arms or legs, scalps and other wrecks). Finally, if the narration is coherent, regardless of the subject, and if the communication remains perceivable, the photograph will be correct in the sense of respecting the specific rules of this kind of expression.

The confrontation totally loses the rigour that the word conveys when it considers that the result of a work is correct if it is acceptable and honest. How on earth, can any photographer considers his work acceptable and honest from the moment he presents it to other people. Finally, I hope to be correct in my assertion. We have arrived at the second opinion which shifts our objective individual considerations towards the subjective and we enter the space where each of us will position his own line of demarcation and will make a choice which will only engage himself. The choice remains clear and categorical; except, that the line will not be in the same place for each individual, the line becomes blurred by its multiple displacements when its positions through the eyes of the authors and also, no less important, by those of the readers. Only a statistical expression could determine whether the work is correct. Is this good enough? I am not sure; because, our own personal lines are also sometimes subject to displacement with time without even considering neither the environments, nor the periods. The photograph will therefore be correct within the framework of a statistical geometry which will remain variable.

Things become very wrong with the third version of the definition, which is based on so-called collective thought which amalgamates in total confusion morality, social and or religious rules, the decent and the proper. The line of judgement is converted into a sort of bubbling swamp of indefinite width, one bank of which is nicknamed fashion (which is still being praised) and the opposite bank of which is called censorship (whether officially claimed or not. ). Photographic works do not escape a perilous navigation in the traps of the unsaid and in a temporal perversity which permanently modifies the labyrinth according to the interactions of our societies when it is not the diktats of communities. I want to refresh your memories by avoiding receiving one of our new screeds ready to create scandal in these multiple networks where information slips faster than intelligence (which however some claim owning it for themselves). A century ago the dream of all parents was to be able to immortalise the birth of a new descendant by putting him on a fur skin in a photographer’s studio. Do not have such a portrait made today otherwise you will find yourself, manu militari, in criminal proceedings for aggravated pedophilia and animal torture. Three associations and two non-governmental organisations later, you will be the proud owner of a few months of suspended jail sentences, with a bonus fine and expensive damages for these all civil parties who are self-proclaimed victims. On the other hand, a baby head halfway out between royal or media famous thighs will arouse the amazement of crowds and global audience records. For only few days, the nice and playful cover of a record cover printed about thirty years ago (era of baby swimmers to refresh some memories) became the psychological hell of the “baby” model of the time. The authors of the music – essential component of this record – had fallen into some psychedelic delirium, the virus just reaches the baby of the cover now. Half a century ago, bodily nudity in its various photographic representations (much more censored than pictorial creations undoubtedly because of the notion of Art still distant from the photographic image), prohibited the view of any hairs and access to these photographs was strictly limited to adults. It is often possible in our current large photographic exhibitions to “contemplate”, in macro-photographic close-up, a sex – bald or hairy – of male, female and sometimes no gender. Our colleagues from “prime time” television series even offer, as a banality, various full nudity’s with a lot of evocative movements. Fortunately, pornography is still prohibited for minors: “say mom, what are they doing…”.

In your wisdom, each of you will have made your choice to deduce your own attributions to this adjective: “correct”. Before leaving you to your reflections and your legitimate disputes, I would like to make this proposal to you: “and if for, and in, perennial photographic artworks … correct … did not exist …!”