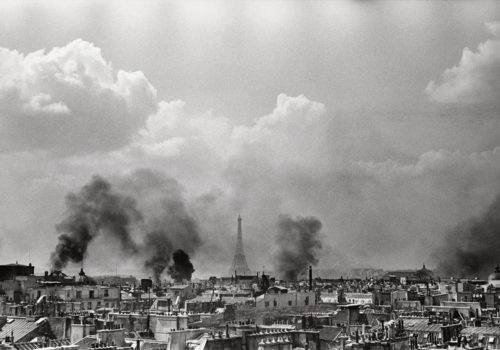 For its first exhibition after reopening, the Musée Carnavalet – History of Paris has joined forces with the Fondation Henri Cartier-Bresson, one of the greatest French photographers of the 20th century.

The exhibition is revisiting the links between the artist and the city where he always lived and which was a great source of artistic inspiration.

After early years marked by the influence of the photographer Eugène Atget and the Surrealist artists, Cartier-Bresson became, from the 1930s onward, a long-haul traveller, with Paris as his home port. In a city that he never stopped exploring, his interest lay in the way people moved and occupied space. He photographed them in the street and in meetings.

Passionate about current affairs, Cartier-Bresson was a witness to several major historical events, such as the Liberation of Paris in August 1944 and May 68. He made a point of going straight to the site of gatherings as soon as he could.

In Paris, as elsewhere, his camera never left his side. Photographing for him was a state of mind, a breath, an affirmation, and at times, a form of protest. His pictures of Paris, which occupy a major place in his work, reflect his urban wanderings but were also elements of photo-reportages and commissions he produced for the international press; the latter are often not widely known as Cartier-Bresson usually retained only one image from them in his books and exhibitions. This mosaic reflects a flâneur who was particularly attracted by the banks of the Seine and the fringes of Parisian society.

The result of several years of research, the exhibition will present original prints, including thirty or so previously unshown, publications and audiovisual recordings of the artist. Most of the photographs come from the collections of the Musée Carnavalet and the Fondation Henri Cartier-Bresson.

Planned jointly by the two institutions, this project harmonises with the exhibition Eugène Atget – Voir Paris presented at the Fondation HCB, based on the collections of the Musée Carnavalet.

A book comprising essays written by the curators, as well as 200 reproductions, has been published in French by Paris Musées, and in English by Thames & Hudson.

This exhibition is organised by the Musée Carnavalet – History of Paris, Paris Musées and the Fondation Henri Cartier-Bresson.