Making Jamaica: Photography From The 1890s 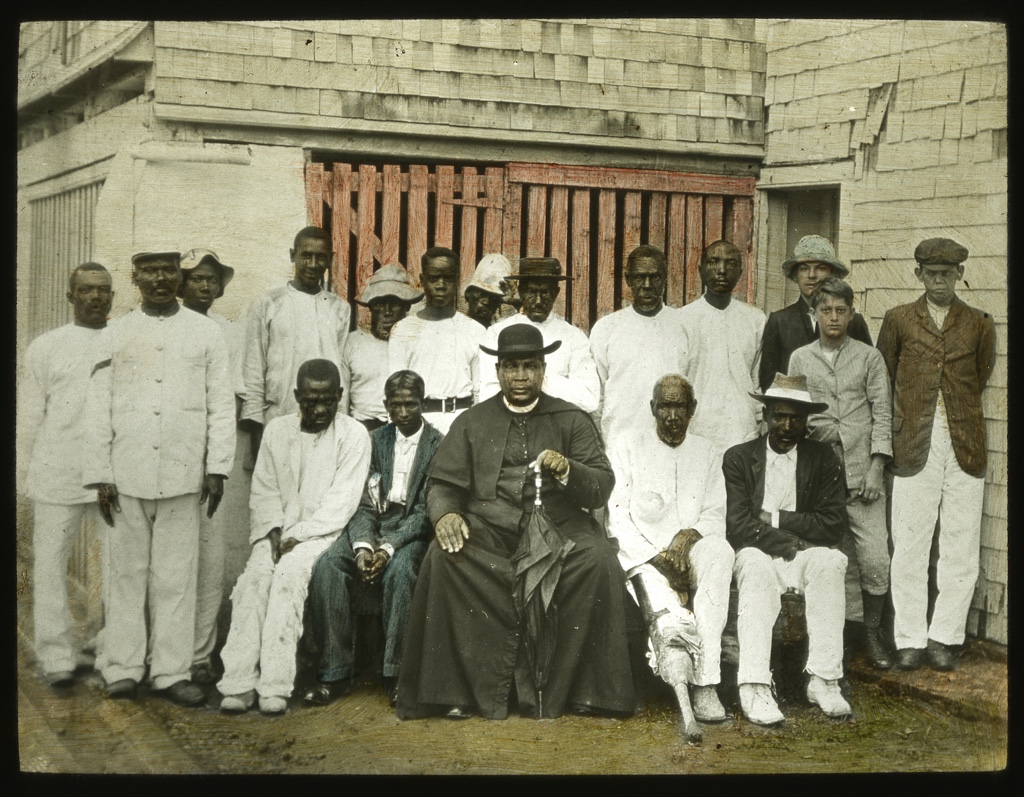 Between emancipation and recapture: the “new” image of the Caribbean.

Seventy original images from the Caribbean Photo Archive are exhibited for the first time in London. Dating to a turning point in the country’s history, these images bear witness to photography’s creativity and its power to construct and promote newly emancipated Jamaica as a tourist destination.

The archival images fill Autograph’s exhibition gallery and make it their own. They come in the form of giant wall posters, precious miniature objects in light boxes, or simply take wing, as if transported from one place to another, alighting here or there for one instant, only to take off in the next. The variety of formats and media steers the interpretation of images. Relics of the past, these moving objects add up to a sort of postcard from a historical and social moment in which photography took an active part.

The 19th century saw the end of an oppressive regime in the Caribbean. The profound social transformation was accompanied by the collapse of the economy, which the white elites were hoping to offset. The Awakening Jamaica committee launched a promotional campaign, which in turn led to the commissioning of travel photographs that painted an idyllic picture of the country as a paradise destination.

While the children, the adults, and the elderly may at times look straight into the camera, they always remain anonymous. The brief captions provided in the exhibition replicate the labels on the backs of the photographs. Both intimate and foreign, these individuals seem to drift away, separated from the viewer by time and geographic distance. The mysterious picture of that land emanates romanticism and serenity, and, at the end of the day, appears utopian.

Scenes of daily life are interspersed with more classical portraits. City life appears next to countryside scenes, which, in reality, were never far apart. Victorian-style clothing and Latin architecture sit next to exuberant greenery. The British and Spanish colonialism is never far off.

While most negatives had been lost, the prints themselves have toured the world. First produced by Awakening Jamaica, they were subsequently exhibited at the World Fair, before being acquired by the Caribbean Photo Archive. A new context lends them new meaning, a new interpretation of the images and of their subject matter. As the curators Mark Sealy and Renée Mussai point out, archives do not carry a timeless or universal message; they are, instead, living objects.

The exhibition Making Jamaica is complemented by new work by Ingrid Pollard, a British photographer of Guyanese origin. To mark the anniversary of her project Pastoral Interludes begun in 1987, the artist chose five images from the exhibition and hand-tinted the large-scale prints, using a 19th-century technique. Thus transformed, the images acquire a sculptural character, enhanced with a collage-like, intentionally “fake” effect. Resonating with the mystery of the exhibited archives and the turbulent era of their production, Ingrid Pollard’s images toe a line between truth and fiction, and illustrate the visual, imaginary construction of a certain kind of Caribbean landscape.

Julie Bonzon is a Ph.D. candidate in Art History at the University College London (UCL).