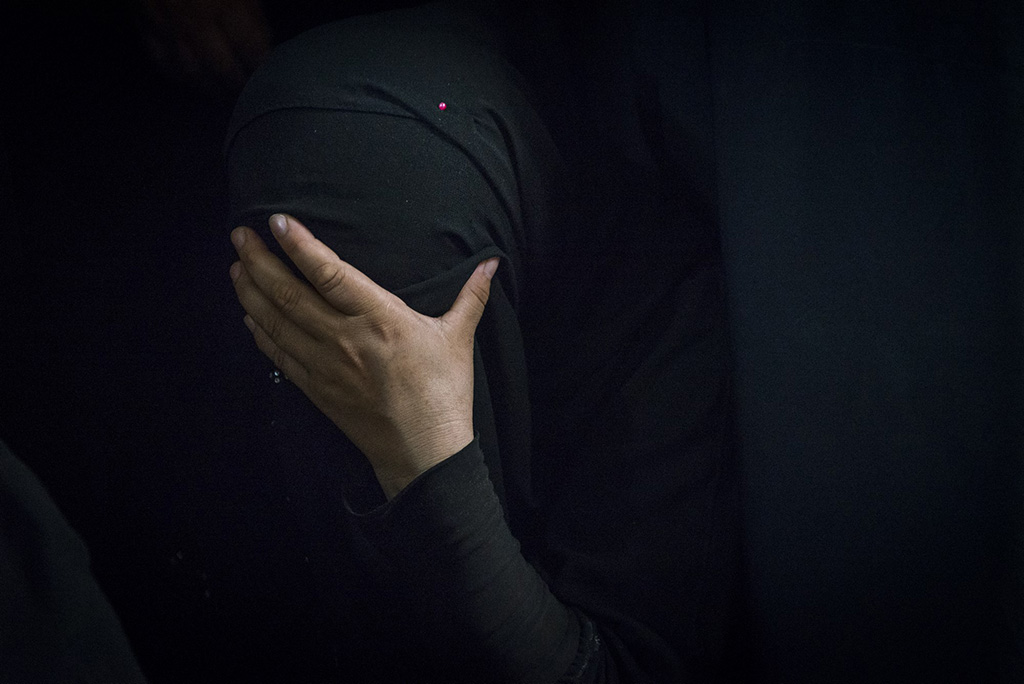 Russian photographer Sergey Ponomarev is exhibiting his work for the first time in Paris, at the Galerie Iconoclaste. He has spent the past few years working in the most intense areas of current events.

I never really know where he is. Most of the time I’m already too late, he’s always on the move. I get a tersely worded Facebook message or an email: “Hi Jérôme, please have a look at my story.” That’s how my friendship with Sergey has gone for the past few years.

In late 2013, Paris Match published six incredible pages shot by Sergey on the chemical attacks in the Goutha neighborhood of Damascus. Before the attack, he was given permission to visit a jail run by the Syrian regime. His photograph of masked detainees from behind received the Photo of the Year Award a few months later. At the time, other current events were more pressing, so we didn’t publish it. Today it’s on display at the Galerie Iconoclaste and I’m deeply happy.

For me, this Syria photo was born backstage at the Bolshoi in 2011. An impromptu photo shoot, a Paris Match photographer needing an assistant in Moscow to stand in, a friend who had the brilliant idea of putting us in touch, Sergey’s insatiable urge to work—these were the starting points. A year later, this assistant showed me his work on the terrace of a Parisian café. After every sip of beer, the same question: “Jérôme, what subject can I pitch to Paris Match?”

We agreed that his nationality could be an asset for working in Syria on the side of the Assad regime. If he could manage to get a visa, perhaps there was something he could do. “Jérôme, I have the visa, let’s do a story.” I hadn’t heard from him for a year.

With Sergey, we wanted to address Damascus, this city we had seen since the beginning of the conflict. Once again, the result was impeccable. And that’s what we were planning to publish when the chemical attack occurred.

As I was trying to get in touch with him, Sergey was already moving. He had negotiated access to the Syrian army and was already on the scene of the attack. I realized that I was working with a future star of photojournalism. My impression has been confirmed. Ukraine, the Philippines, Gaza, Azerbaijan, Syria—he’s always there working in the heart of it. Every time, Sergey sees true, faithfully bearing witness to stories that are as humane and sincere as himself. And his talent is unstoppable.

Across the world, the friendships Sergey makes are sometimes stronger than with people living across the street. His friends are the ones who say it. And now I’m saying it, too.

L’Instant Paris Match : For All the Gold in Haiti

L’Instant Paris Match: Thanks to Them, We Know by Patrick Baz