L’Instant Paris Match: Thanks to Them, We Know by Patrick Baz 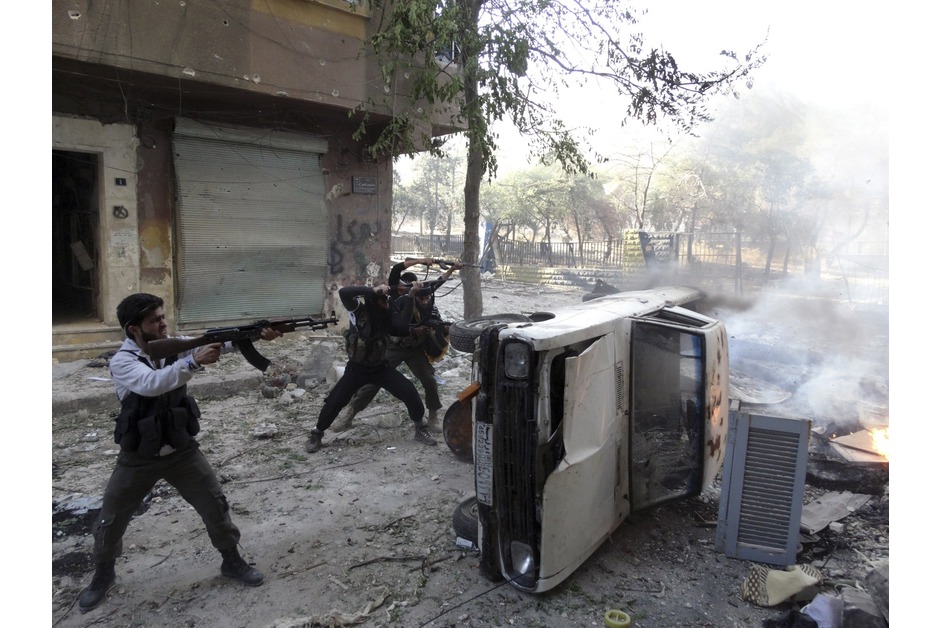 The vast majority of the photographs you seen in newspapers about the conflict in Syria were not shot by special envoys or news agencies. Those who risk their lives limit their movement to clearly marked areas for short missions. The violence of the conflict and the threat to journalists from ISIS forces news organizations to rely on local contributors. They are the ones who are documenting the violence in their country. As Syria enters its fifth year of the conflict, L’Instant wanted to pay tribute to these witnesses on the frontlines. Patrick Baz, photo editor for Agence France Presse (AFP) for the Middle East and North Africa, works with them daily from Nicosia.

How did you come up with this working system?

Patrick Baz: In 2013, as a result of an increased number of kidnappings, the AFP decided to stop sending staff photographers to Syria, and we began to rely on a network of contributors which I had begun putting together in 2012. Today the network is stable, with a dozen photographers covering the rebel zones. But the team has almost entirely turned over since we started in 2012.

It’s difficult to form a long-term bond. It was the first time I had managed a team “virtually.” We did everything over social networks, Facebook, Skype, etc. That creates a fascinating relationship. I receive messages at all hours of the day, and they expect you to answer within a minute. Sometimes I take on the role of the therapist. The average age is about 25, so they require a lot of support. But the system has a considerable advantage: my Facebook page is public and they know where to contact me, so the agency is somehow “embodied.” They see more than just an email address.

They work with their own equipment. It’s very difficult to offer technical support. One time I managed to get them some equipment, including body armor, but not all of them have passports, so that complicates things at the border. As for payment, since there’s obviously no banking system we can use, we opened Turkish and Lebanese accounts in their names, and they receive wire transfers from agencies like Western Union. I don’t want to say too much for security reasons.

What about their safety?

The problem is that you’re never really sure where they are, and when they stop working you never really know why. From the first team, two managed to flee the country and ISIS thanks to our support and help from Reporters Without Borders. One of them was held prisoner by ISIS. When he was freed, he wanted to keep working for us despite our objections. He told us he wanted to deal with this trauma that way. He stopped sending us pictures. We don’t know where he is now.