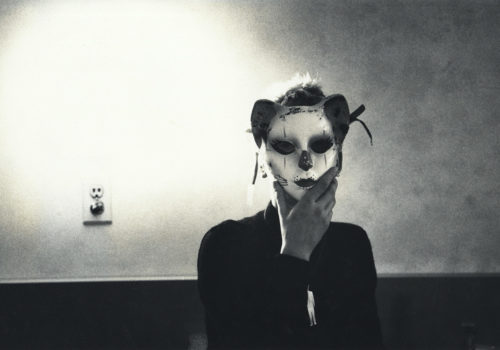 As the fourth part of the exhibition series Sheroes of Photography and on the occasion of the artist’s comprehensive exhibition this summer at the Berlinische Galerie, Kicken Berlin is showing a selection of rarely seen series from Sibylle Bergemann’s extensive oeuvre in a cooperation with her estate.

Sibylle Bergemann is considered one of the most important German photographers since the 1970s. Together with her husband, Arno Fischer, she assumed a key position in the GDR’s photo scene and published her works in renowned art and culture journals such as Sibylle, Sonntag and Das Magazin and in book publications. After reunification, she extended her radius to include West German and international commissions. A cofounder of Agentur Ostkreuz in 1990, she helped shape a responsible form of visual journalism. Her photographic essays reflected societal reality without whitewashing it and often moved symbolically beyond. Fashion and portrait photography were on equal footing among her central themes alongside urban landscapes and situative street scenes, just as was the poetics of the everyday. Sibylle Bergemann’s works are held by international museums and collections, including the Museum of Modern Art, New York; Tate Modern, London; Pinakothek der Moderne, Munich; and the Berlinische Galerie, Berlin.

People and places significantly influenced and inspired Bergemann’s work. In Berlin, her home base, the photographer sought out the quiet places on the city’s edge, rather than the representative center, for both private and commissioned works. Travels to “non-socialist places abroad” were strictly regimented and nearly impossible. Already in 1984, however, long before the fall of the Wall, she was able to travel to New York and Los Angeles as a member of the Verband Bildender Künstler (Association of Fine Artists).

From the early 1970s, Sibylle Bergemann assumed a position of observer in Berlin, participating in the situation, yet reserved. She had an eye for particular places and people, for unexpected encounters, for the particularities of foreign quotidian scenes, for melancholy and beauty. The transformations and transitory moments of the everyday never failed to draw the photographer’s attention, be it in the GDR, during the transition of reunification, or thereafter. She exposed a poetic and even visionary potential, such as in the series Das Denkmal (The Monument) about the Marx-Engels monument by sculptor Ludwig Engelhardt.

Her sense of nuance within a social microcosm is made visible in the series Clärchens Ballhaus from the 1970s. Another series about women in the working world in the early 1990s will be shown with several select examples for the first time publicly in Kicken Berlin’s exhibition. Women in a large variety of fields stand before the camera to state their position, quite literally. They retain their own space and their own dignity, even when possibly in a state of upheaval.

Observing her foreign and uncertain but also intriguing and new surroundings, Bergemann moved first through the US and later Western Europe and Africa. In Manhattan she adopted a flaneur’s perspective, drifting through the concrete canyons, falling in step with the flow of people. Her images show her affinity to American masters of street photography like Walker Evans and Garry WInogrand and yet retain their own identity. The photographer turns her marvelling, roaming gaze to this Verwun- derte Wirklichkeit (Astonished Reality, the title of a book by Bergemann from 1992.)

With the faraway travels in the 1990s and new commissions, color entered Bergemann’s work as a foundational element. In West Africa and on the edges of Western Europe, in Portugal, the photographer explored the feel and shape of local colors, eventually making them into a constitutive feature of her fashion photography. Strong contrasts were as crucial as finely graduated color scales, both of which sensitively conveyed the genius loci of each place.