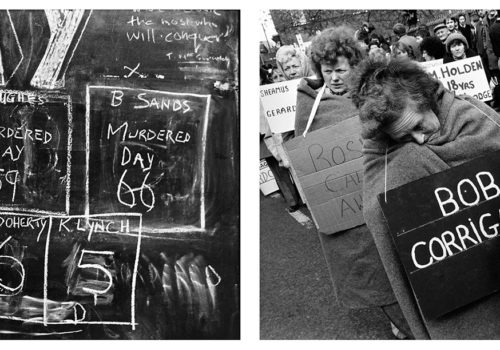 I now realize that when it comes to photography, the project of doing a book is always a folly. The book very quickly takes over and dictates; the stylistic consistency that the book demands becomes a choke not only on photography but also on perception itself. It’s a bit as if the poem were strangling the poet. Of course if I were to redo it (big question) I would do it entirely differently, but as things stand, the book couldn’t be other than it is. Ha!

I should insert here a word of caution about authorship when it comes to photography. If in other art forms one can erect the author as a demiurge, a god-like figure who creates a reality, obviously not so in photography. Photography by essence is about “open text,” and as such is disturbingly, radically and savagely democratic. A fortiori there is, in photography, a multiplicity of authors. Beyond the photographer there is the camera, and anybody who has been seriously involved with the process will tell you: each camera has a different voice. There is also Reality, and Reality speaks with a forceful vengeance: Every bit of what Barthes calls the “studium” can interject, irrupt and disrupt. What happens at the edge of the frame, and outside the frame, often speaks in a contrarian way to what is at the center of the frame. And finally there is the reader, who can be passive or active, and, if active, stands on par, authorially, with Reality, the photographer, and the camera.

Once one embraces the multiply authored, open text nature of photography, there is no point in making photographs that present themselves as closed packages, as univocal units of meaning such as those proposed by the media, where an egg at the center of the image cannot be contradicted by any other element of the image and is reinforced in its predetermined meaning by a redundant caption: “egg.” Instead of trying to strangle dissonance, the photographer must attempt to liberate it, offering to the public a necessary ambiguity that requires, that demands an active reading. That “reading,” that decoding of the battle between form and content, takes time and resists the labeling or the cataloguing of the image; it fights against the statement, “This is That!” This natural resistance, the time it takes, is difficult, and will cause complaints. But in the end it will provoke a “surrender” to the image that allows it to function as something worthwhile, as something that produces meaning.