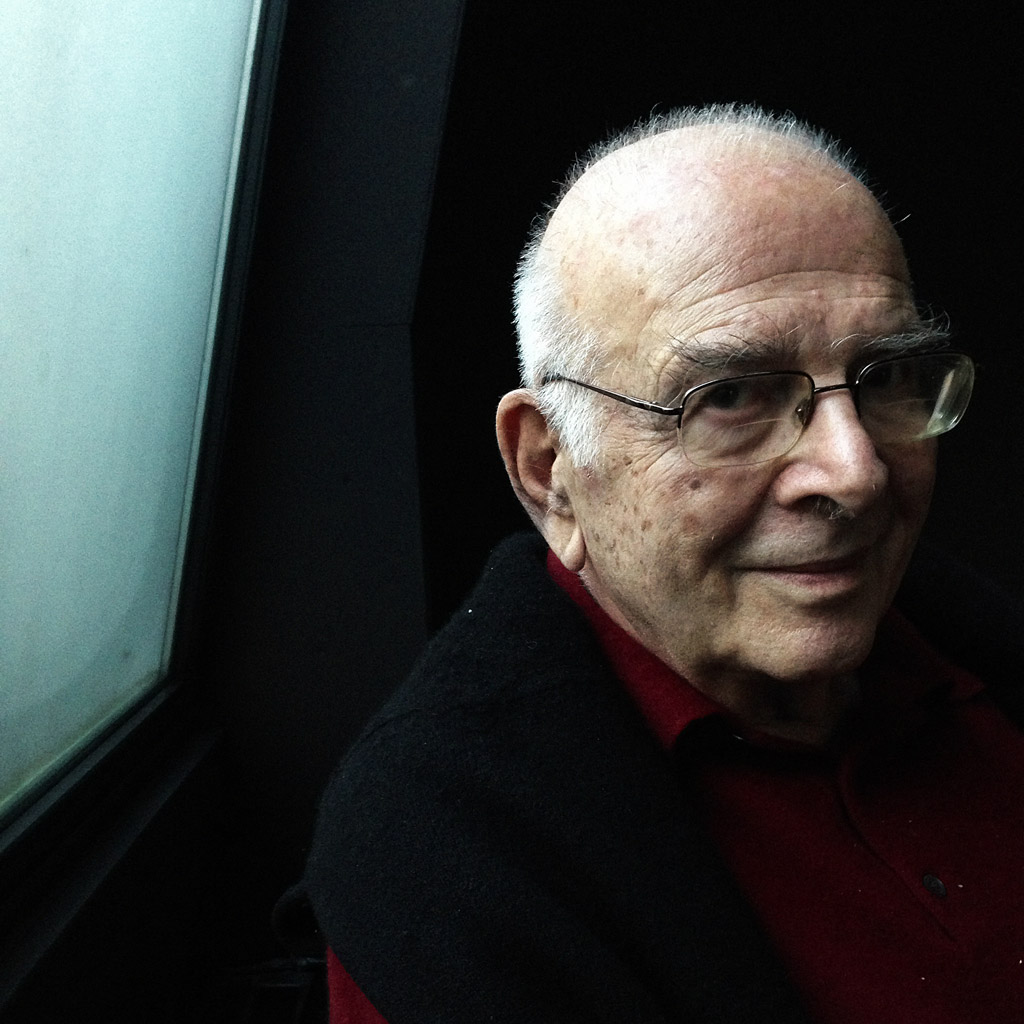 To coincide with the release of his new book, we decided to dedicate today’s edition to Frank Horvat, a photographer whose work continues to be neglected. We would like to thank Myrtille Beauvert and Jonas Cuénin for putting together this tribute.

Frank Horvat, 85, is releasing a book containing a large selection of his most beautiful photographs. Entitled La maison aux quinze clés (The House With Fifteen Keys) and divided into fifteen chapters, the book serves as a manifesto for multidisciplinary photography.

Horvat, born in 1928 in the Italian city of Abbazia, which is now the Croatian city of Opatija, has never cared much for borders. His life has been full of migrations, beginning in the late 1930s, when the war forced his family to seek refuge in Switzerland. From there he watched the world tear itself apart. When the chaos died down, he moved to Paris and later to Boulogne, “for the the space and rent,” and began going on his first photographic expeditions: India, Pakistan, Israel, Japan, Egypt, the United States, England, Italy. He was crossing both national and photographic borders. Horvat did it all: photojournalism, fashion photography, landscapes, animals, still life and digital. Today it’s almost held against him: he doesn’t fit easily into boxes, and resists the categorization that has bogged down photography over the years.

We have to go back to understand his vision. It was in Paris in 1950 that Horvat met Henri Cartier-Bresson, who was—and always will be—his biggest influence. In the Magnum offices, he showed Cartier-Bresson his first pictures taken with a Rolleiflex. For lack of courage, which Horvat readily admits, he never photographed wars. His travel photographs are as much explorations of other countries as of the human condition (a title of one of the book’s fifteen “keys”).

Horvat is known primarily as a fashion photographer,  his work has been praised for its reality. Like his contemporary William Klein, Horvat was among the first, beginning in 1957, to photograph his models in the street, in crowds or inside apartments. The choice was made more by necessity than conviction: at the time, he only knew how to shoot in 24×36, and lacked his own studio. By applying his talents to fashion photography, Horvat turned the industry’s standards upside-down, infuriating editors and stylists. “I was really interested in girls,” he says. “I wanted to show what I liked about them. They would spend two hours in the makeup chair, and I’d try to get them to remove it so they’d look more natural.

You have to learn how to appreciate his book in order to understand Frank Horvat, a tad arrogant, a pipe dangling from his mouth, his eyes full of stories. The book should be read like a diary littered with outwardly photographs. They seem to conflict at first, but there’s method to their placement. Certain photographs, from the oldest to the most recent, allow readers to glimpse the humanity of  their subject.

He has recently set himself apart from other photographers of his generation by embracing technology, and planned for the release of a digital book, Horvatland, the first of its kind, as soon as Apple announced the release of its tablet. The book itself, now available for free, is easy to navigate despite the 2,000 photographs, 60,000 words of autobiographical texts and ten hours of audio commentary.

Frank Horvat’s life has been full of ups and downs. His work has been praised, condemned and, because of his eclecticism, met with indifference. But he claims to only have one regret: not being able to photograph Milan in ruins at the end of World War II.

“In 60 years, photography has become something else entirely,” he says. “I’ve often tried to keep up with it. I never wanted  to be a single Frank Horvat. I’ve always liked to move on to something else.”