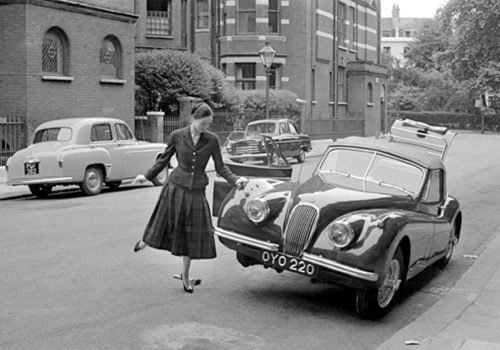 When I was young, the woman of my dreams was tall and slender, and certainly not an intellectual. In fact, someone the exact opposite of my mother. (Sigmund Freud wouldn’t be surprised.) So the world of fashion was a kind of Promised Land where every model I photographed seemed to have come from the same mold. Alas, they were covered in dresses, coats, hats and other junk rarely to my taste. But that’s what they were paid to wear and that’s what I was paid to shoot.

One thing I thought they could do without were the “crutches” they used (and, too often, abused) to enhance their natural gifts: lipstick, nail polish, foundation, mascara, fake eyelashes and wigs, which were in fashion back then.

The worst was the modeling stereotypes: burning gazes, mechanical smiles, big laughs, dreamy eyes, triumphant walks, posing with their necks stretched out and their hands on their hips, lips parted like they were about to climax. Who could believe all that? Who could fall in love with that?

Disenchanted, I turned my photo shoots into battlegrounds. Despite their clothes, make-up and stereotypes, I managed to find a trace of who they really were, maybe the way they’d looked a few hours before when they’d stepped out of the shower. Wipe that lipstick off! take off the fake eyelashes! Can we maybe try it without the wig? Stop smiling, please. And never, ever look at the camera!

In the end they all hated me. The top models hated me because I’d demolished their repertoire and scorned the wigs that had cost them so much. The hair stylists and makeup artists hated me, too, for not letting them show off their talents. And the editors hated me because I broke all their taboos.

But magazines went on publishing my work because ready-to-wear directors wanted more credible pictures. They understood.