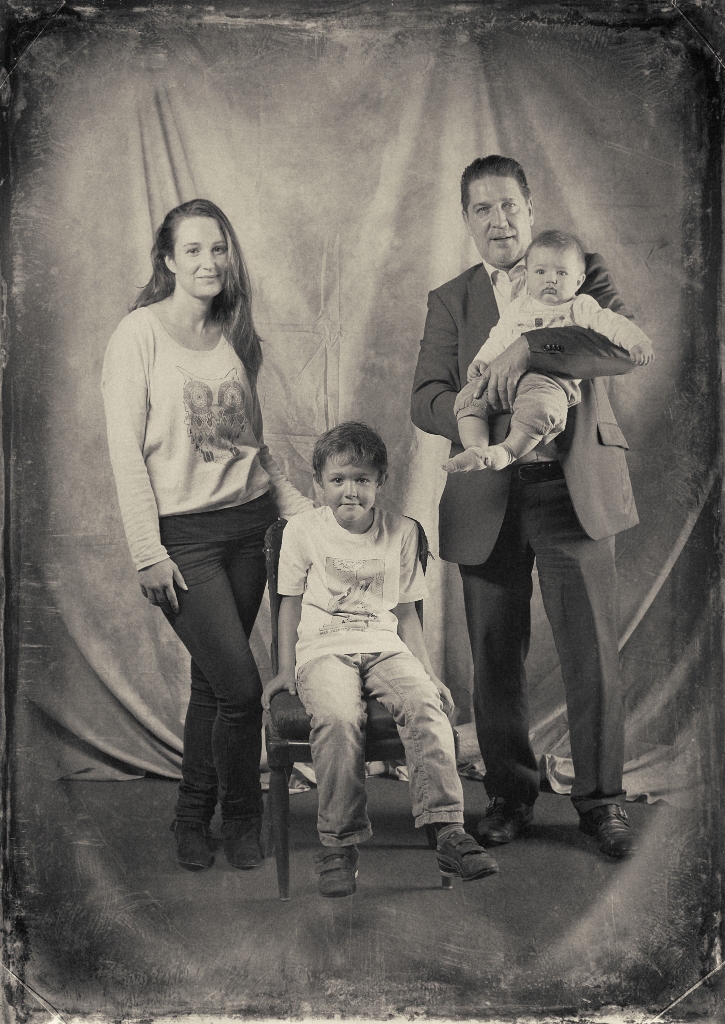 I start my tour of the Fnac studios with the photographer Paolo Verzone. Sandwich break. For the moment there are few people. Some are having lunch. The journalists are talking to each other. The studio is located at the Forum des Rencontres. With two lights, a curtain and a chair, the decor is spare.

The photographer signs some of his work. It’s an understated black-and-white picture of two young girls. I use this time to ask Paolo a few questions.

“The families are very excited when they arrive. This is something they take very seriously. They come dressed for the occasion. Lots of emotion, that’s what I remember. I see a lot of families, but there are individuals, too. This is the second time I’ve participated. I also took Mother’s Day photographs in Nantes.”

Speaking of families, Paolo’s joins him shortly after. His wife and little girl, Sofia, also come to have their pictures taken. Sofia hops onto the stage and hides behind the curtains, playing with the tripod. “Are you writing a story about animals?” she asks me. The latest Cat Power album is playing on repeat and the atmosphere is relaxed.

Families begin to arrive. The photographer puts them in position but the little one is missing and they go to look for him. Little by little the forum fills up. The children grow impatient. Two women are doing their hair and putting on the last touches of makeup, waiting their turn.

Paolo keeps his usual calm. He gives instructions to the subjects and, a few minutes later, snaps the shutter.

Paolo Verzone was born in 1967 in Turin, Italy. A member of the Agence VU’, he lives in Paris.