Bull City Summer: A Season at the Ball Park 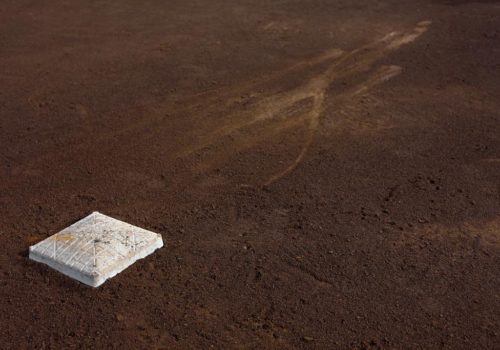 Bull City Summer: A Season at the Ball Park is a smart, diamond of a photography show debuting at the North Carolina Museum of Art. This is the 25th anniversary of “Bull Durham”, the classic American film about two men, Kevin Costner and Tim Robbins, and a woman, Susan Sarandon, and a minor league baseball team, the Durham Bulls. That and simply sitting in the stands at a baseball game last summer inspired this project.

It is a home run.

The mix is winning.

NCMA is working in partnership with Raleigh’s CAM (Contemporary Arts Museum) and American Tobacco Campus’s Crowe Lobby Gallery which will show additional photos and videos by artist Ivan Weiss in the coming weeks. This is a solid showing of the possibilities for institutional collaboration.

Alec Soth’s large, lonesome portraits are particularly strong, ballplayers in the outfield and nearby fans, single figures full of empathy, caught by this artist’s unique regard for the individual in the crowd.

Hank Willis Thomas’ “A Futile Attempt to Take a Portrait of Everyone Who Attended the Last Regular Season Game” looks at the mass of attendees at the Durham Bull Games, with grids of wallet sized snapshots. The images were made in collaboration with a number of other photographers all working on their iPhones, with the edit made from the over 3,000 portraits that were shot.

The pleasure here is in the range of these Sarandonesque seductive commissions.

Frank Hunter takes a dramatic look at light poles in crepuscular skyscapes. Hiroshi Watanabe and Kate Joyce look closely at baseballs, the objects themselves, The former works in classic black and white still life and the latter, with her “Impact of the Ball and The Outfield Wall, Part I”, seeks the odd imprints from line drives hitting the left field wall at the Bulls Athletic Park and other unexpected typologies .

The project director, Stephenson, a highly regarded W. Eugene Smith expert, is having serious fun here.   He was based for a number of year at The Center for Documentary Studies at Duke and now seems to direct his energies from his Rock Fish Stew Institute of Literature and Materials, based in Durham, “a new platform from which to perform documentary work” <www.rockfishstew.org>

Daylight Books – Taj Forer and Michael Itkoff – will publish the forthcoming book with an essay by Adam Sobsey.