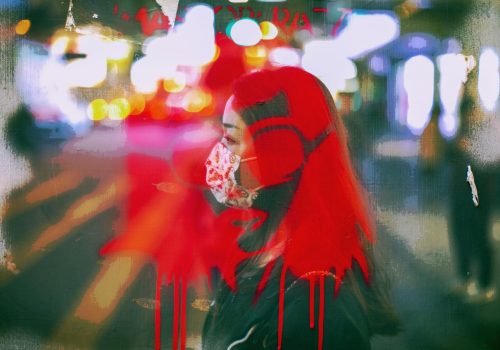 In cities there are millions of unnoticed moments of unexpected beauty occurring in the blink of an eye… existing briefly but then gone forever. The medium of street photography exists to both capture and play with these fractions of seconds where the drama of everyday life plays out and blends with the complex web of the human metropolis.

Over half the world’s population live in urban areas with this figure growing constantly. Combined with the exploding accessibility to smartphone cameras, it is no wonder Street Photography is one of the most popular genres of photography today. However, achieving success within the art form is extremely challenging.

A street photographer is both an observer and a hunter, seeking out these fleeting moments like trophies. A street photographer exercises patience to capture these moments. Compiling a cohesive body of work excelling with a unique style and vision often takes a lifetime.

Street Photography has long been associated with black and white images such as those shot by Cartier- Bresson, Winogrand, Moriyama and Fan Ho, but Kistler prefers shooting Hong Kong in colour. A city so intense and highly saturated with its dazzling lights alongside bright ads and racing traﬃc – it flashes intense colours at its inhabitants relentlessly. Kistler’s favourite subjects include a textured blend of street art and architecture with the blurred movement of Hong Kong’s iconic taxis, buses, trams and the day-to- day hustle of people.

In addition to this chaos, Hong Kong is a city famous for its shiny and reflective skyscrapers and Kistler seeks out these mirrored reflections in glass and puddles. Layers have an important role in his work, if not naturally present on the street, he frequently opts to create in-camera double exposures to realise this vision. This kaleidoscopic eﬀect echoes the experience of moving around the metropolis while being bombarded by noise, motion and reflected light. It is also worth noting that Kistler uses no photoshop or digital manipulation in his images – everything is done in camera with minor edits in post processing.

BLINK-852 deliberately hints at the DIY punk attitude of ignoring rules – in essence, always experimenting with the medium without being too pretentious. Learning by doing is one of Kistler’s philosophies which he shares in his many photography workshops and you may see him walking with them around town, his skateboard and camera in tow. It is indeed an exercise of noticing ‘all the small things’.

Prints by Michael Kistler will be available at the exhibition.

Originally from Minneapolis, Kistler started shooting with a compact Ricoh film camera when confronted with new surroundings in Europe at the age of 18. He embarked on various travels for many years before settling in Tokyo where he spent 10 years and started a family. It was in Japan where he started to develop his own style of abstraction expressing movement. In 2014 he moved to Hong Kong with his family where he continued his passion in the streets of Hong Kong.

Previous to this solo exhibition at Blue Lotus Gallery, Kistler was exhibited widely in Hong Kong as well as Tokyo, New York, Astoria, Minneapolis, London, Dublin and Porto. He also regularly hosts street photography workshops in Hong Kong and beyond.