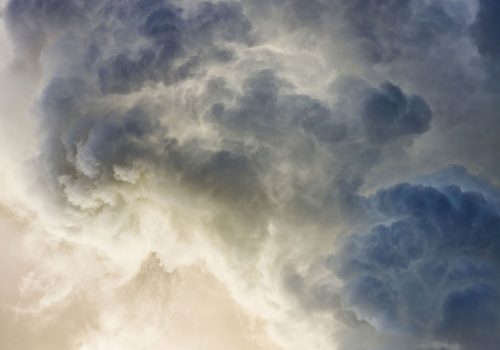 This week is the last chance to see Andreas Gefeller: Mapping Perception at Atlas Gallery in London. It is the first UK solo exhibition by Andreas Gefeller (b. 1970, Düsseldorf), “a rising star among Germany’s fine art photographers,” says gallery director Ben Burdett, and it includes works from series spanning Gefeller’s career, including Soma (2000), Supervisions (2002 onwards), The Japan Series (2010), Blank (2010-16), Clouds (2019), culminating in his latest series, The Other Side of Light (2017 onwards).

Gefeller’s artistic vision is driven by scientific zeal and a desire to see beyond superficial appearances. Throughout his photographic practice, Gefeller investigates the fragmented nature of human perception and how the camera can serve as a true documentary lens of reality. “Photography helps me see the world with other eyes,” he says. “I deal with perception and how photography is able to make things visible.”

Gefeller is perhaps best known for his Supervisions, the large-scale, cartographic composite photographs of urban landscapes, seemingly from a bird’s eye perspective but, in fact, only from head height. Pointing the camera straight to the ground, Gefeller walks a large area – a swimming pool, a parking lot, a beach – taking a shot at each step. He later puts these many hundreds of frames together digitally, recreating virtually a map of the area he explored, to make mesmerising mosaic-like images of incredible detail. It is a labour-intensive technique of artificially pixelating images, particularly landscapes and city views, and then digitally rebuilding them. “I have created something between documentary and fiction. Everything you can see in these pictures was really there. On the other hand, the perspective is a complete construction.”

In Soma (2000), Gefeller transformed standardised and aseptic places like hotels, beaches and parking-lots in Gran Canaria, into bleak utopian sets, voided of human presence. “I photographed only at night. At night you cannot see colours but the camera does, it gives an image of the world that is more true than what we see with the naked eye. We are reminded that our way of seeing is only one of many, many possible ways to see the world.”

In The Japan Series (2010), Gefeller questioned the fluidity of perception and the hybrid nature of things by juxtaposing man-made artificial structures (of poles and cables), which are transfigured into proliferous, lively structures reminiscent of plants, with cultivated plants that have become artificial looking, almost engineered, to the point of losing their essence.

In Gefeller’s world, perception is deceiving and existence is in flux, as if any minute the same atoms could move from one structure and reconfigure into another. In Blank (2010-16), he sought the “molecular structure of urbanity” through a journey from large scale urban areas, to buildings, ending with tiny scrap-metal elements. Gefeller deliberately overexposed the images, manipulating the light to eliminate gradually all things, reaching a total white, a visual zero, which became a metaphor for the flood of information that surrounds us.

In his most recent series, The Other Side of Light, Gefeller takes these ideas a step further by interrogating natural forms. The details and patterns become visual suggestions that make present what we do not see. Gefeller has focused on water, reflections, leaves, for example, and decontextualised them to create images that could be illustrations for modern phenomena. “My works could be visualisations for processes for which we don’t have pictures – because they are invisible, just digital processes, they somehow just happen theoretically but not in our daily visible life: who knows how the ‘cloud’ looks like? The internet? Digital communication? Artificial intelligence?”

Gefeller, who studied at the University of Essen, has won numerous prizes and his works have been in solo and group museum shows such as at the Deichtorhallen Hamburg, Marta Museum in Herford, NRW-Forum in Düsseldorf, Palazzo Strozzi in Florence, Kunstverein Hannover, Museum der Moderne in Salzburg and Kunstmuseum in Bonn to name a few, and now has his first solo show in the UK at Atlas Gallery.