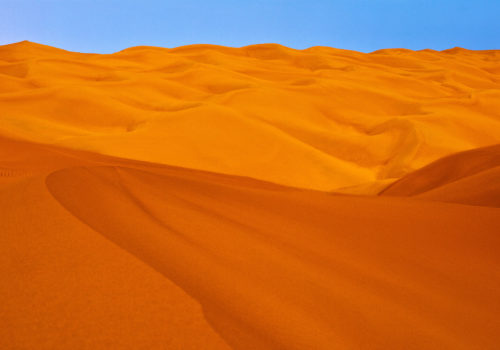 The Monthly Chronicle by Thierry Maindrault

The mains definitions of Art are as numerous and as varied as the number of art lovers and art creators.

The proofs of Art also move over time. Some works that we consider today as Art, were not considered as such yesterday and may not be tomorrow, provided they really are today. More, there are the digressive strata of Art which are linked to the quantitative importance of one work (Art, Decorative Art, Crafts) and rich from an anthology of forms of expressions (all our sensory perceptions support the myriad objects for artistic messages).

Art is a notion exclusively reserved to human in his attempt to materialise his thought. Art arrived after thought, when human became aware of his inability to clone, to reproduce, to transfer his thought. The gesture or the object are transmitted. The spirit is not transmitted, it evokes, it bypasses itself, it exposes itself, even through the absurd if it is impossible for it to do otherwise; but, it inexorably disappears with the death of its owner. This is how Art appeared in the attempt to transfer an idea, an emotion, a sentiment, a feeling, …

How to translate and fix a thought or a purely ephemeral idea into a concrete and lasting materialisation for the generations to come. This is the job of a creator.

At the beginning of our era, Claude Galien (philosopher and father of medicine) evoked the purpose of the word and its content: “Art is the system of universal, true, useful, shared teachings, tending towards one and the same goal.”

But beware, the reality of Art is the artwork and not, as anyone thinks in our Modern Universality of Globalisation, the artist and his ego. Let us remain humble, the creator, possible artist in the making, however essential he is in the genesis of the Work, is absolutely nothing in the Art. Only under special circumstances, this author may be associated with a current of thought, a period, a series of homogeneous works, the development of a technique improving the durability of a work or the richness of its rendering, nothing more. More than 90% of the works listed as belonging to the field of artworks are totally orphans. Art, the work of Art, the object of Art, it is sustainability. Without sustainability, there is no Art. However, in the natural space in which we live, there is no absolute sustainability. Mutations as well as evolutions are permanent and everything has an end in its life.

Since the origin of the first pictures of modern photography, the question has arisen whether or not to consider them as works of art. This question ended up quickly rebounding because many of the first photographers came from painting workshops (a sector where the evolution of its creative part had Art as its finality). But for this new technic, a probationary purgatory was essential, a minimum time to enter the history of humanity.

Originally how to justify an intervention of the mind behind a camera, this strange device which gave the feeling of doing everything by itself and of being the author of the image obtained. With photography, people thought they found objectivity in its purest form, no more interpretations from the supposed errors of a painter or a sculptor from whom a faithful rendering was required, on the condition of course that masters or learners value their subject.

And then quickly, the mastery of light, the angle of view, the composition of the image, the position of the subject, the personality of the subjects, and a thousand other details were imposed to sublimate, more or less, the ‘final image. The creator became essential to the good use of the photographic tools. The reader of the image understood that this photograph could tell a story, that it could also sublimate feelings, that it imposed emotions. It became inevitable that there would be no photographic works without an author.

The works born from photography have held firm, patient and aware that some of them would be reborn in their original light. The authors died, very often in anonymity, it is the hard law of Art. But, their photographs invited themselves into museum collections, also in those of discerning collectors, and in the training and inspiration of future creative photographers.

Today, with scientific and technological developments, Mr. Everybody (from two years old to one hundred and ten years) has fallen into the mirage of photography. It has become the universal fad of our turn of the millennium, even photographic espionage has taken to the streets since anyone can photograph with their phone, their watch, their stylograph or their glasses. On the lookout for increased sales and consensual subjugation, enormous financial monsters maintain their mill of money by making us believe that we are all artists, on the only condition of subscribing to their sales-talk. In the process, they have moved from selling nothing to the much more profitable subscription of the same nothing to fill their bank vaults quietly. Today, to think of oneself as an artist is to adhere to subscriptions (regardless of the digital enchanters chosen), it is to highlight oneself in every way (if possible several times a day) and it is to resolutely apply the Coué’s method. By the way, it is a little worrying to see the custodians of Art (public and private sectors) following the very strange procedures of the financial giants to ensure their mission.  Art is a free universal good and must be accessible to all of us. Whatever is a work of thought, it is freely intended for other thoughts. The collective budget must ensure exhibitions and preservations. It must guarantee everyone’s access to all encounters with art work (paying a lot of money to see an exhibition of artworks by Van Gogh, which will be reserved for an elite is quite paradoxical in view of his life).

It is with photography as with other forms of creative expression. The author humbly expresses for the future, even if during his contemporary life, always polluted by societal fashions or temporal currents, some one try to appropriate the works of this author to make some money.

Art does not cheat. Let us do the same for photography so that it retains its rightful place.