Ansel Adams, A new collection sheds light on why he changed His Name 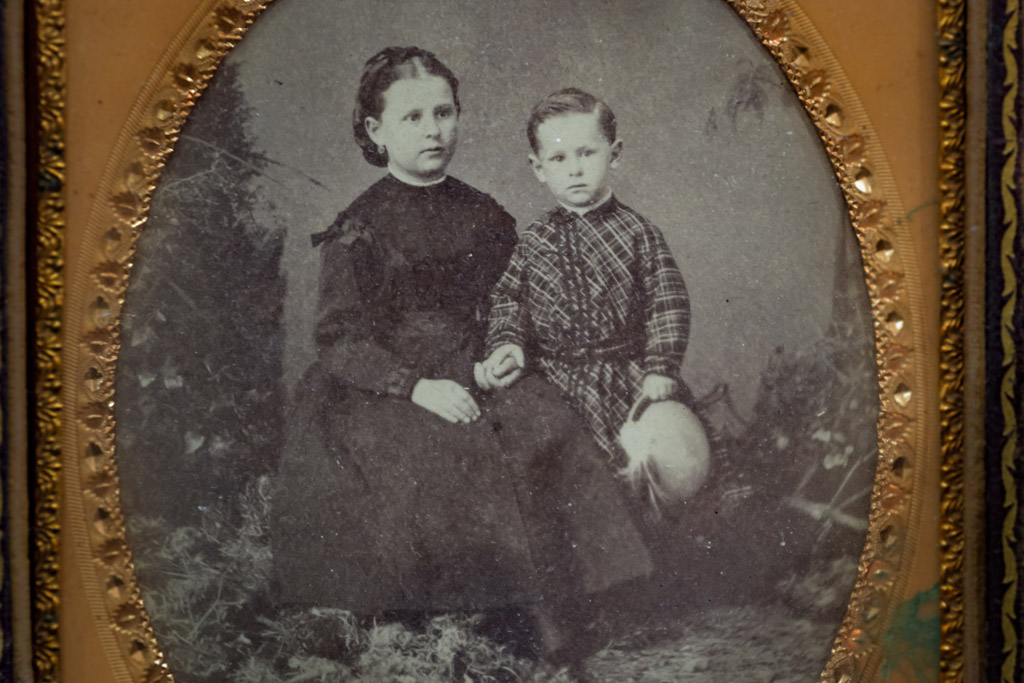 At the Daguerreian Society Symposium recently rare book seller Michael Burnley emerged with a new collection of pictures, work he has collected over the last four years that sheds new light on the ancestors of Ansel Adams, his name and how he almost came not to be.

The collection consists of 15 images (7 daguerreotypes, 7 ambrotypes and 1 cabinet card) most of which are by California pioneer photographer Robert H. Vance and which represent the family of the world’s most well-known photographer.

Apart from the relationship to Adams, the images also embody the deep and rich history of California by the presence of several images of Ansel and Adeline ‘Addie’ Easton in addition to the Adams family patriarch William James Adams.

The images compliment a complicated story. About 1912-15 when photographer Ansel was a young boy, Ansel Mills Easton (photographer Ansel’s uncle) was involved in a partnership with Charles H. Adams (Ansel’s father) in a lumber business. Ansel Mills Easton took a bribe from a competitor which caused the lumber business to fail.  As a result, the elder Adams was destroyed financially. Once Ansel the photographer became older and recalled the hardship caused by his uncle and namesake, he despised him and no longer wanted to use the name ‘Easton’.

Speaking of this later, Ansel Adams (our Ansel) said “my father was just ruined, and of course in a terrible state over this financial catastrophe, because he was always a person of the highest integrity. But when someone of his own family, whom I was named after…! That’s why I don’t use my middle name. Ansel Easton was unspeakable as far as I’m concerned, because I know what he did. My father in fact felt so much for him he named me after him, Ansel Easton, and unfortunately, I have to use that name legally, and I just hate it. But you notice I don’t use it in any correspondence or in relation to my work.

And you can find more detail about the business, the family and the shady dealings of their Hawaiian competitors here: https://burlingamefoundingfamilies.wordpress.com/virtual-museum/easton-family-photos-letters/easton-family-tree/ but until now, there were mainly the stories and not much in the way of images to bring them alive.

Now as a result of Michael Burnley’s patient collecting and providing of context ,the story comes alive. The faces of close friends and family soon to become bitter enemies are there to stare at and to ponder. Daguerreotypes a century old become today’s news and an old story gains a fresh perspective.