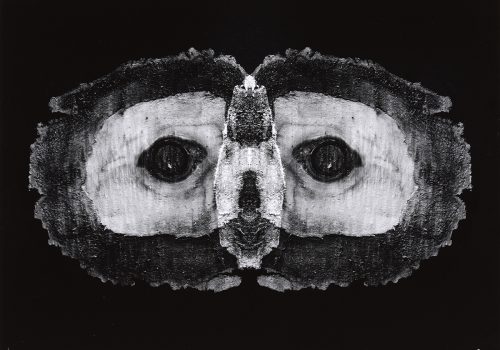 For its 40th anniversary, the Vrais Rêves gallery presents two artists who have crossed its history. Both have had in the Gallery a show once or more times. This set of images materializes the time of existence of Vrais Rêves.

The first author René BASSET is known in Lyon in multiple fields, first in the artistic and personal field, the second in the advertising register. The artistic domain was confirmed by obtaining the “Niepce” prize from Gens d’Images in 1958, a sort of Goncourt of photography, after Jean Dieuzaide in 1955, Robert Doisneau in 1956 and Denis Brihat in 1957. These three have since been known internationally, while René Basset, who remained in Lyon, just like Jean Dasté in Saint-Etienne, made their careers in the provinces only. This author was presented in late 1980 or early 1981 at 8 rue Belfort, the association’s first headquarters. A little nod to, and for, this photographer born in Croix-Rousse, who will have his 101st birthday during this exhibition. His personal, highly photographic and quality work, however, is not directly derived from humanist photography but rather born out of an attempt at research, experimentation, which we frequently value through our artistic choices.

In the basement of the gallery is presented Bernard LANTERI a photographer who also participates in experiments in the photographic field. He is closer to a visual artist than to a photographer because each work is unique and obtained by a kind of choreography of his light tools that he moves on a white sheet. With no direct reference to any trace of the existing. As Bernard Cathonnet wrote “Here, no narrative effects, no abstruse intellectualism disturb a pure research, both plastic and psychoanalytic. Shadows and lights of the soul are thus brought to light, exposing a deeply buried memory, our memory. This upsets, questions and forces us to a perpetual and enriching dialogue between ourselves and his images. And the power of the art work added to the purely photographic quality of his prints can only confirm the rigor of his approach and the strength of his words. Through his series of images, Bernard Lantéri has produced a work in the full sense of the term, a work that is perfectly accomplished to completion and which will leave a mark in the history of photography. ”

Bernard Lantéri is having his 200th exhibition here, the first at Vrais Rêves was in 1986.

40 years later, Vrais Rêves is still here, claiming photography as an art in its own right. We are to this day, and since the Agathe Gaillard left her gallery in Paris, the oldest of the French galleries dedicated to photography.