The Photo League: A Picture of Equality 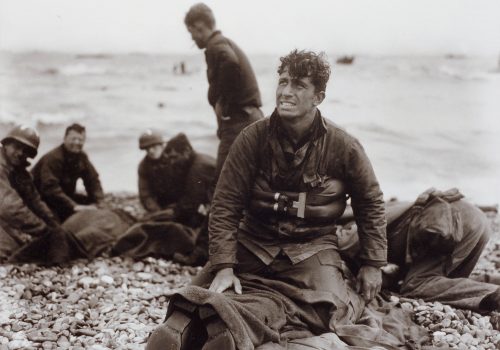 The Photo League was one of the first photography cooperatives, and a pioneering force in the history of photography. A new exhibition and documentary reexamine its members dreams of social justice, which they sought by way of the image.

The majority of the Photo League’s photographers were children of the Great Depression. When the League was founded in 1936 by Paul Strand, Berenice Abbott, Sol Libsohn, Syd Grossman and Walter Rosenblum, to become a member was to become a student and practitioner of a budding style of photography—street photography—where the photographer took to the streets in order to document the reality of the disadvantaged. Led by their deeply humanist convictions, the hundred or so photographers who joined the League would forge a new means of activism: the image. “They used art to bring about social justice,” explains Nina Rosenblum, Walter Rosenblum’s daughter and the director of Ordinary Miracles: The Photo League’s New York, the first documentary devoted to the group.

At the time of its founding, photography was not yet considered an art form, and barely thought worthy of reflection. Nonetheless, W. Eugene Smith, Jack Manning, Arthur Leipzig, Edward Schwarz and others, joined their fellow idealists to roam the mean streets of New York to capture what so touched them about the condition of its citizens. They used their cameras like weapons of change: a shoe-shine boy stops them in their tracks, then a miner, then to the crowded beaches of Coney Island. In Harlem, they document the daily struggles of the black community, always with an eye towards social justice. Due south, Walter Rosenblum wanders the Lower East Side, where he immortalizes rough-and-tumble Pitt Street. Their photographs tell their own stories as much as their subjects’. They develop their film in the Photo League’s offices, then publish them in the newspaper or in Photo Notes, an in-house newsletter. Of all the members, Paul Strand was the mentor figure. “He represented the perfect combination between classical photography and the new realism,” says Nina Rosenblum. A new generation of street photographers was born.

The exhibition at the Jewish Museum, The Radical Camera: New York’s Photo League, 1936 – 1951, presents 140 photos from this period. Uniting humor, beauty and ruggedness, they bear the Photo League’s signature. Nina Rosenblum’s film, also showing at the museum in a short version (before an official release at the end of the year), offers an emotional look at these revolutionary times. “The Photo League is shown in its photographic context,” she explains. “We see their influences and those they influenced. It’s also a microcosm of personal stories, seen through a historical lens.” The producers interviewed more than 50 surviving members, now in their eighties and nineties, including Jerome Liebling, Sidney Kerner and Morris Engel. Their memories, paired with their photos and footage from the era, offer a behind-the-scenes look at the League, their parties and fundraisers, and nights at the Café Society where they would meet for jazz concerts. Joe Schwartz, 98, returns to Union Square to talk about his work in one of his most cherished locales. These anecdotes, overlooked for 60 years, attest to the troubles that the collective soon encountered.

In 1947, the Photo League, already suspected of Communist sympathies, was officially declared subversive and blacklisted by the FBI. “The collective was leftist, Marxist, since its Berlin origins,” explains Nina Rosenblum. “However, there were very few links to the Communist party.” Somewhat ironically, the declaration came right when the League was converting itself into the more ecumenical Center for American Photography. In 1951, the Photo League was finally forced to disband, and its members went their separate ways. A few of its most ardent believers, like Sid Grossman, would never recover from its loss. But they would serve as an example for all that the news is not something that happens to other people, on the other side of the world.

Ordinary Miracles: The Photo League’s New York
A documentary by Nina Rosenblum and Daedalus Production
at the Jewish Museum of New York, November 4, 2011