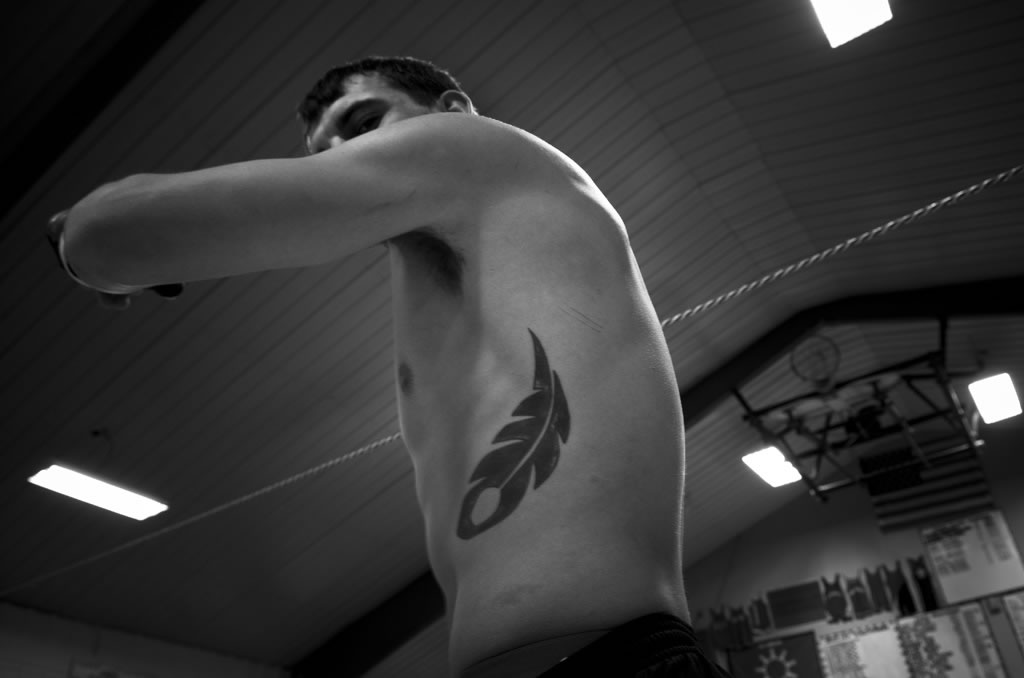 The Pine Ridge Indian Reservation in South Dakota, U.S. is unlike any other place in the world. Here the past and the present merge like two powerful rivers meeting, generating raging rapids and deep undercurrents. A people living in dire poverty under conditions equivalent to occupation have embraced the past, embraced once lost traditions, in order to struggle against the oppression of their present lives.

Photographs of American Indians play a central role in American culture, both for white Americans and for Indians. For white Americans, the iconic images of Indians, based on well known photographs by Edward Curtis and Frank Rinehart, reinforce the idea of the other, a noble savage whose life and culture are part of a bygone era.

For Indians, the very same images offer a sense of dignity and differentiation from the dominant American culture. The images offer a noble identity as a chief, a warrior, a hunter, a medicine man, a woman in elaborate traditional dress. They offer an image of a life of rugged independence, of strength and resistance, a life of the spirit.

My project, “The Rez – Home of the Lakota Nation” explores the contrast and psychological conflict between the reclaimed cultural and spiritual identify of the Lakota Sioux and the poverty and deprivation of life on the Rez, as it is familiarly known to its residents.

After growing up in Bulgaria, Svetlana Bachevanova moved to the United States ten years ago and currently lives in Brooklyn, New York. As a documentary and editorial photographer, Svetlana focuses on social, political changes and conflicts. Her photo essays often focus on human rights and social change such as covering the Muslim and Gipsy minority groups in Bulgaria, the war in Bosnia and Kosovo, the military attempt against the Russian president Boris Eltzin, the Revolution in Romania, and the events prior to the democratic elections in Yugoslavia.

She is a publisher of FotoEvidence, a web based platform for documentary photography focused on social justice and human rights violation.

In 1990, Svetlana become chief photographer for the first anticommunist newspaper in Bulgaria, “Democracy”. There she photographed the transition of the regime. Her photographs of Turks protesting in front of the Bulgarian Parliament for violation of their ethnic rights and of the beating of the Majority Leader of the Parliament during anticommunist demonstration were used as evidence against the newly elected Bulgarian Socialist Party in front of the European Commission on Human Rights in Strasburg.