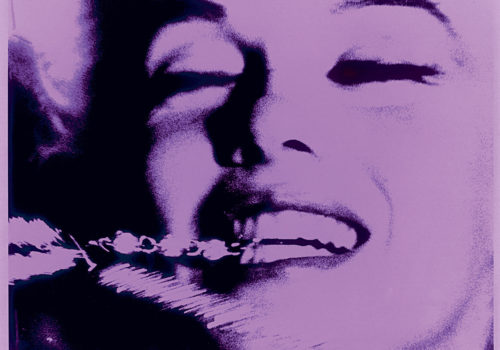 (…) In 1962, things were different.
I was beginning to realize that the American dream machine really existed. For me it took the shape of a camera. As long as I carried one around it was amazing what I could get, and who I could get. A lot of my wildest dreams were beginning to come true.
I had become a Vogue photographer. That had been my dream ever since I first held a camera in my hands.
I had fallen in love with photography at age eighteen by opening an issue of Vogue and seeing a color still life by Irving Penn. For me, Vogue represented not only the best in photography, but a chance to take photographs of beautiful women. In the fifties and early sixties, believe it or not, you weren’t allowed to show women in liquor ads. I guess the combination of sex and alcohol was considered too explosive. But woman and photography were the two things I loved most in the world, and when I became a Vogue photographer; I got my chance to combine them.
I was a success at Vogue. My pages sold clothes. I thought it was because my pictures were about the women under the clothes. But whatever the reason, Vogue had given me a contract to shoot one hundred fashion pages a year. And on top of that, I got ten pages to do whatever I wanted with- and enough expense money to produce them.
It was an ideal job. And I was still doing all the ads for Smirnoff. I could make as much as $10,000 in a week shooting for them. On top of that I’d just gotten a call from 20th Century-Fox, asking me to be the exclusive photographer for Cleopatra. The movie starring Liz Taylor and Richard Burton was about to start shooting in Rome. They agreed to fly me back and forth as often as necessary and to put me up in the Grand Hotel. So you could say I wasn’t doing badly as a photographer. (…)

(…) So, in 1962, I was trying to think where you go next when you have everything. I wasn’t totally satisfied with my work at Vogue and I wanted to push myself further. I’d shot a lot of good pictures for them, but nothing that really measured up to that pyramid picture I’d done for Smirnoff. Now I wanted to take that mixture of adventure, optics, and myth and apply it to photographing beautiful women.
I had those ten pages in Vogue. And what I wanted to do was put an image of those pages that would be delicious- and utterly memorable. What could be more challenging or mysterious than the pyramids?
A woman. It had to be a woman.
Making love and making photographs were closely connected in my mind when it came to women. Not that I made love to the women I photographed- but if I wanted a woman, a photograph was a very special way of having her.

A beautiful picture of Marilyn Monroe in Vogue… That was an idea that had a glow to it. I was almost certain that Vogue had never run a photograph of her. Richard Avedon had done a spread of her in Life using lush, expensive sets. I thought they were great show-biz pictures, but they weren’t exactly intimate. They didn’t give any feeling of who she was. The definitive picture of her had still to be taken-one immortal black and white photograph- like Edward Steichen’s portrait of Greta Garbo. That was the only picture I considered a great photograph of a movie star. And there was no good picture of Marilyn Monroe that came close to being as good.
It sounded like a dream job. (…)