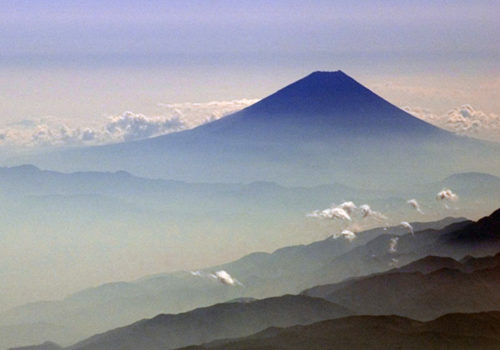 The word “speculation” is one of the most used terms in our today world and very often with a pejorative connotation for lot of us. But yet, it is one of the terms most closely related to photography. Our photographs are directly concerned by the threefold meaning of all the speculations.

In its Latin etymological source “speculatio” the word designates a point of observation from which we will extract a kind of quintessence, the “speculator” will be at the same time the observer, the reporter, even the spy. In its origins, speculation is the perfect foundation for what modern photography will allow. Namely finding the ideal point of observation to capture an image and then transmit it in order to enlighten the knowledge of others. However, it is obvious that this approach will only find result through  intellectual thinking: that of the photographer of course.

Then this original source, so well adapted to all our photographic world, split, over time, into two very divergent definitions. The first took shape in didactics and philosophy. Speculation became the art of looking for the results of an hypothesis presumed to be true. It researches, and studies with the knowledge for goal, in the abstract, in the theory, in the conjecture, in the imagination, in the creation. The intangible universe is an inexhaustible source of speculation where our dreams, our reveries, our reasoning, our reflections, our contemplation, in summary all these synonyms for speculation. This myriad of indispensable brain actions remains essential for working in and with light. To this day, I have never met one real photographer, whatever his or her personal workspaces, who ignores this speculation. All the creators are in permanent speculation that is hardly disputed. But, what is less obvious to ordinary people is this speculative role of professionals in photography which is however, also, indisputable. These men have chosen the point of view (not just any one), they report the observation (not just any how), they enlighten the conscience (each of their images tells a story). In short, everything that a judge has to take into account in determining whether the image he has before his eyes depends on an author and that this creator is indeed an author with his rights in the legal sense. For the all the others, there are billions of pictures deprived of speculation which certainly depend on photographic technics but without any creation and probably no future.

The second identified branch of speculation concerns the financial space. Among all the similar definitions about this phenomenon, I find very relevant that of Nicholas Kaldor in 1939: “… purchase or sale of goods with the intention of resale (or buying back) at a later date, when the action is motivated by the hope of a modification of the current price and not by the advantage linked to the use of the good”. Indeed, the financial aspect of speculation consists in taking a pecuniary profit from fluctuations in market prices in order to benefit from substantial capital gains rather than satisfying the uses of an effective activity. These speculative activities are essentially based on the values ​​of goods, securities and collectibles. The speculator does not buy a case of Bordeaux wines to taste it in fifteen or twenty years; but, only to get a substantial gain of several times its initial investment. He does not acquire a painting or a photograph to hang it in his living room; but to find an exorbitant capital gain after a few months or a few years of staying into a safe-deposit box.

In a sense when photography is concerned and involved into a financial speculative process, creative photographers should be happy. Indeed, it is a factual recognition of the capacity of their works to one day become artistic just like many other creations. Unfortunately, as in many other fields, the real problem appears with the system itself of this speculation which too often generates cheating. The speculator is very often a cheater. It is not the speculative procedure itself which cheats, it is the support of the speculation which is involved to allow a fraudulent or unjustified profit.

How are our works and our photographic research which owe a great deal, as we have just reminded us, to speculative creativity, are destroyed by their distribution? There are many possibilities to misuse a photographic image for immediate undue gain, and this very rarely in the interests of the author. I have chosen two examples for you that you have probably encountered and which endure. The photographic works that claim the designation of works of Art (in legal terms) must meet many drastic criteria clearly defined by Law. Among these criteria are the particularly strict and very controlled numbering, the ultimate number being 30 (absolutely all forms of prints included) for the use of all photographic processes. How many times, even in certain pseudo official galleries, have I found photographic prints of very well known colleagues where numbers reached hundreds, and contaminated so-called “Photographs of Art”. They were only simple decorative images whose real value is very much lower than the so-called sale price exceptionally cheap for an artistic investment announced as wonderful for the future. Another well-known trickery is that of the overbidding during an auction sale by oneself to overvalue the author and sell overestimated works whose speculation will probably be negative for the neophyte.

I leave to your reflection these remarks by Yves MICHAUD and Raymonde MOULIN, concerning “The precariousness of an artist’s life:… As soon as the price becomes, at least in a short time, the major criterion of the value of Art , the majority of artists are condemned to precariousness ”.

Intellectual speculation is most certainly the friend of the photographer, the financial speculation that accompanies his works often seems much less beneficial. It is for the photographic bubble like for any advantage, there is the positive side but the negative is never very far. Let us remain watchful.