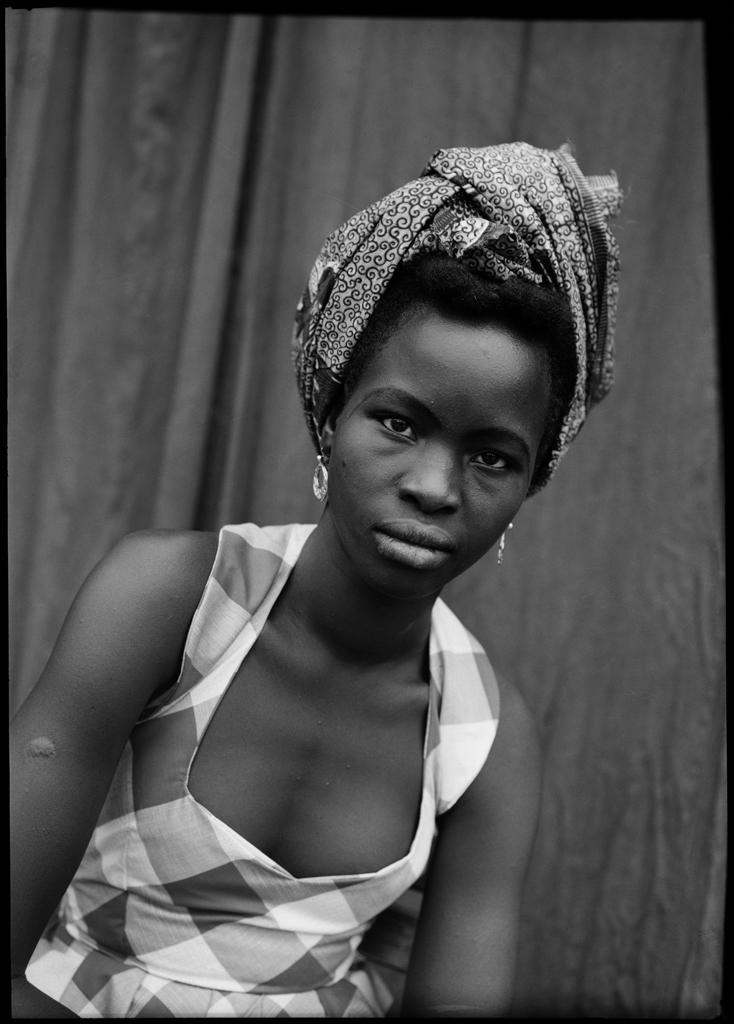 « I covered the walls of my studio with models and sample photos I took: bust portraits of men or women, individual shots or couples, with friends or family, seated or reclining… The three-quarter bust portrait, I invented it. »- Seydou Keïta

« Seydou knew the face of each and every one of his customers. »

In the 1950s, there were three photographers in Bamako: Seydou Keïta, Malick Sidibé, and Abdourahmane Sakaly, a young Moroccan. We would go to Seydou Keïta for studio portraits, to Malick for photos of surprise parties, and to Sakaly for ID photos.

We met Seydou Keïta through an older sister who had already had a photo taken with a girlfriend. We were eight boys, and we wanted to pose in pairs.

At that time, I had a terrible complex about the square shape of my head. I thought my head was too long and I was embarrassed. I needed to find a way to cover up these flaws in the photo. So I got a black beret, and I put it on my head… All my buddies were cracking up. Just imagine a kid with complexes, it’s terrible.

There was always a long line in front of Seydou Keïta’s studio; it seemed as if all the young people in Bamako had come out to have themselves immortalized that very day. My turn came. I went in with my friend Bakoré Souaré. Seydou said to us: “What kind of photo would you like? Portrait, seated or standing, standing being the less attractive.” I said standing, so as not to look ridiculous. The tension rose a notch. A large lamp went on and we didn’t know what to do. I was very tense and my face felt uptight. Seydou bent over his camera, then looked up for a moment and said to me: “Look straight into the camera and don’t move.” My eyes started blinking madly. Seydou looked at me and added: “Look at the camera and keep your eyes open.” I could hear the sound of the shutter going “click clack.” Afterwards, he said to me: “You’re done. Come by tomorrow to get your photos.” And so we paid, 500 or 300 CFA francs, I think.

The following evening, we went to pick up the photos. We had to wait. Finally, Seydou retrieved our photos, checked our receipt, and handed them to us. Seydou knew the faces of each and every one of his customers.

In the photo, I was a little kid wearing a beret, and my friend seemed like my father standing next to me. That’s how our photo session ended. Since then, I have loved being photographed, alone or with someone else.