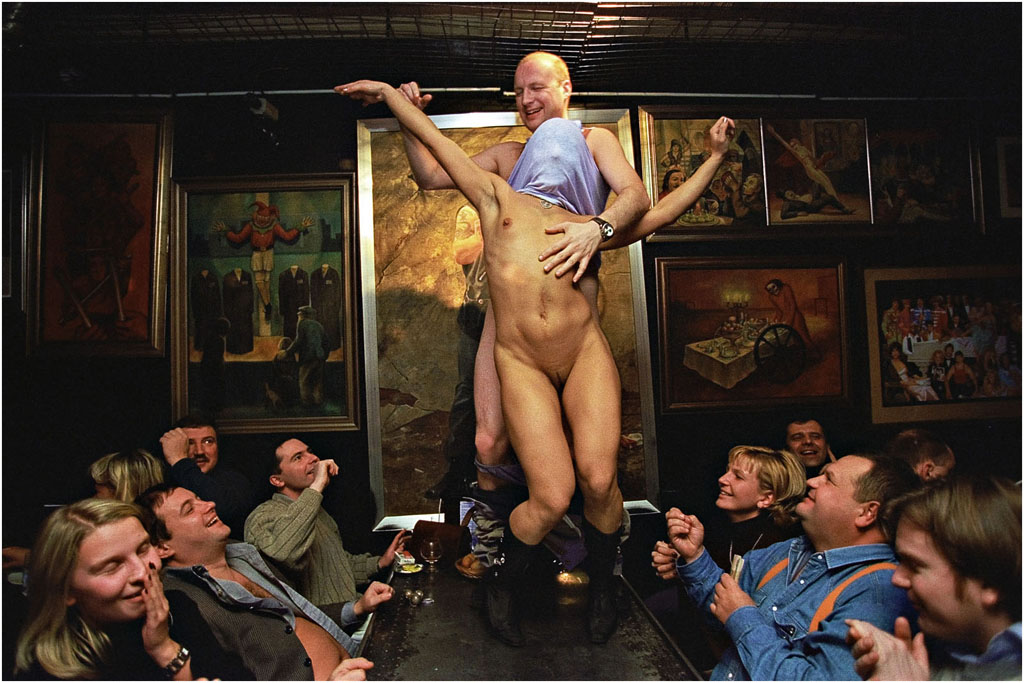 From Moscow to Kamchatka, from St.Petersburg to Chechnya – Russia has a lot of enemies: poverty, diseases, greed, riches obtained unjustly and outrageously. He has no time to praise beloved heroes. The favourite protagonists of his wordless tales are often nameless. Specific times, specific places – Sergey catches the essence of each and every character. Masterfully, switching his narrative tones, mixing drama and irony, he does not resort to cynicism or useless flattery.

Maximishin avoids the spotlight, both when he hides behind his camera during a shoot and during the World Press award ceremonies, succumbing to his natural leaning to modesty and discretion: he observes and captures the moment. His down-to-earth attitude helps him create priceless images for generations to come.

His sincere empathy with his characters makes us enjoy even the harshest subject matters: prisons and mayhem backgrounds make us think. They do not repulse us. Sergey gracefully and tastefully, unconsciously interprets the reference points of the West, dismantles them and offers new readings which in turn are shaded, controversial or modern: nowadays one can reach Bulgakov’s Vorobievy Hills by chair lift dressed like a businessman or fishing shirtless among no-name skyscrapers; modern-day Raskolnikovs (Crime and Punishment) get Nazi symbols tattooed on their arms; a Russian Orthodox priest coming out of the water resembles a reborn Rasputin; Zov Ilyicha (Lenin’s Call) is nothing but a restaurant with gather-belt wearing waitresses; contemporary icons are sullied by pagan elements. Maximishin’s images remind us that the former empire houses everything and everyone in its post-Perestroika era: real people trying to trudge and fake czars; the rush to be modern and the emotional attachment to the past; sincere love for their land and nationalism at its worst. And that today, as before, devilish Voland lies in ambush.

Sergey Maximishin was born in 1964. He grew up in Kerch, in Crimea. In 1982, he entered the Faculty of Physics & Mechanics of the Leningrad Polytechnic Institute, Department of Experimental Nuclear Physics. In 1985–1987, he served in the Soviet Army as a photographer of the Soviet military experts group (Cuba). After graduation, he worked at the Laboratory of Scientific & Technical Expertise of the State Hermitage. In 1996, he was matriculated to the Press-photographers Department of the Saint Petersburg Union of Journalists. In 1999, he began to work for the newspaper “Izvestia”, in the same year Maximishin became a full-time employee of “Izvestia”. Since 2003, Sergey Maximishin has been working with the German agency “Focus”.