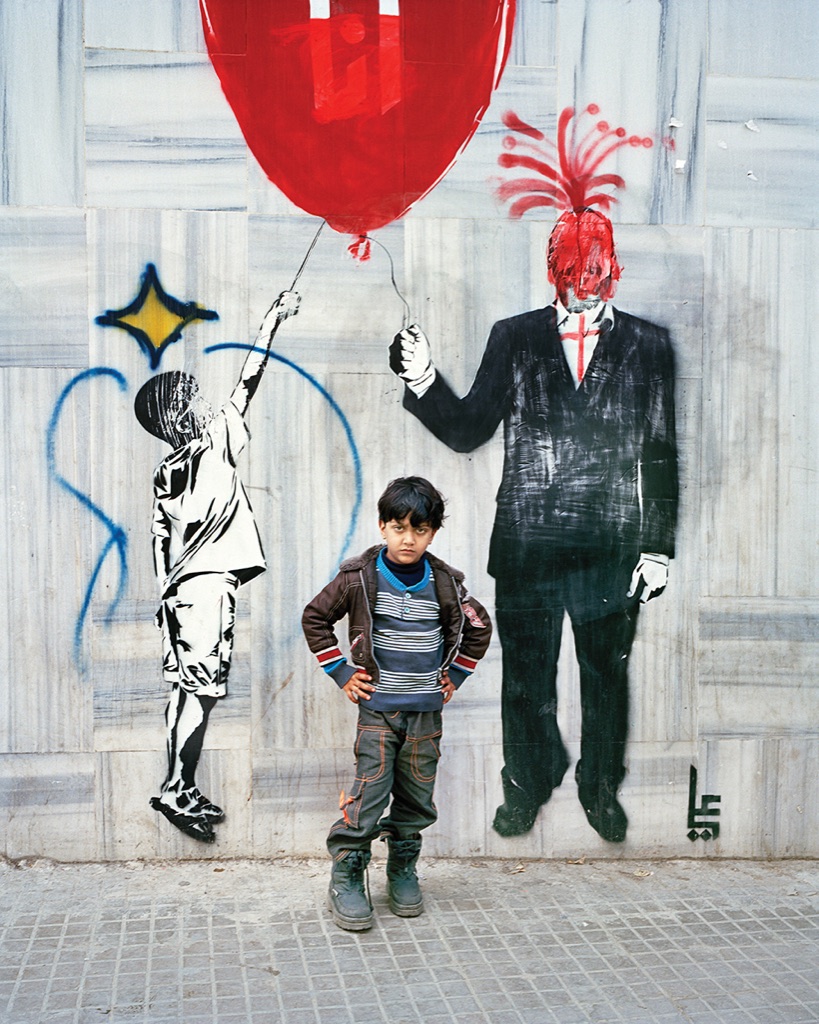 This work was started in 2014. The refugee problem had not yet reached the magnitude it has since reached in Europe. It was not yet all over the news at all times, but in Lebanon, it had quietly started.

Lebanon is a country of about 4 million people and there are now about 1.5 million Syrian refugees. Straddled by a weak economy, and domestic political tensions, Lebanon is finding it hard to cope with the large influx of refugees inside its borders. Their presence is creating increased internal tension and divisions within the already fragile country, making the humanitarian crisis  even more difficult  to resolve.

However, when I was in Beirut in the summer of 2014, I was poignantly struck by the Syrian refugee children and teens standing at every other street corner, most often begging for money, sometimes selling red roses or miscellaneous trinkets, or carrying beat-up shoe-shining equipment. They all said they were working. They were being brought by the truckload every morning, dropped off on the streets and expected to bring money back every day. People often walked or drove by them seemingly indifferent or just fed-up by what the influx of refugees has done to the country’s economy and resources and how the city has changed with kids begging in the most cosmopolitan areas of Beirut.

I spoke to the kids and quickly realized that their stories were eerily similar: they were in Lebanon with their mother living in makeshift homes; their father had either died or was fighting in Syria – they never knew which side he was fighting on; they were not at school; they were living in a temporary limbo that was becoming more permanent by the day; many couldn’t read or write, and they were all nervous and scared and often gave me fake names.

As a mother of similar age children, I was truly moved by the children, the teenagers and the young mothers begging on the streets, and struck by the fact that they had become almost faceless and invisible to the locals. Those kids and teens seemed to blend with the graffiti on the walls in front of which they were standing, just like an added new layer of history, of ripped billboard advertising, as invisible and as anonymous. Being perceived by people and on the news as “the refugees,” the group identity seemed to define them more than their individual identity. Maybe by keeping them individually anonymous, one can more easily ignore the magnitude of the refugee crisis.

I tried through my images to give an individual face to the invisible children, and to give them back their dignity, and individuality .

I eventually added to the series a few images of another set of refugees, another set of invisible children: third generation refugee girls in Palestinian refugee camps.

Rania Matar is a Lebanese photographer who lives and works in New York, USA.