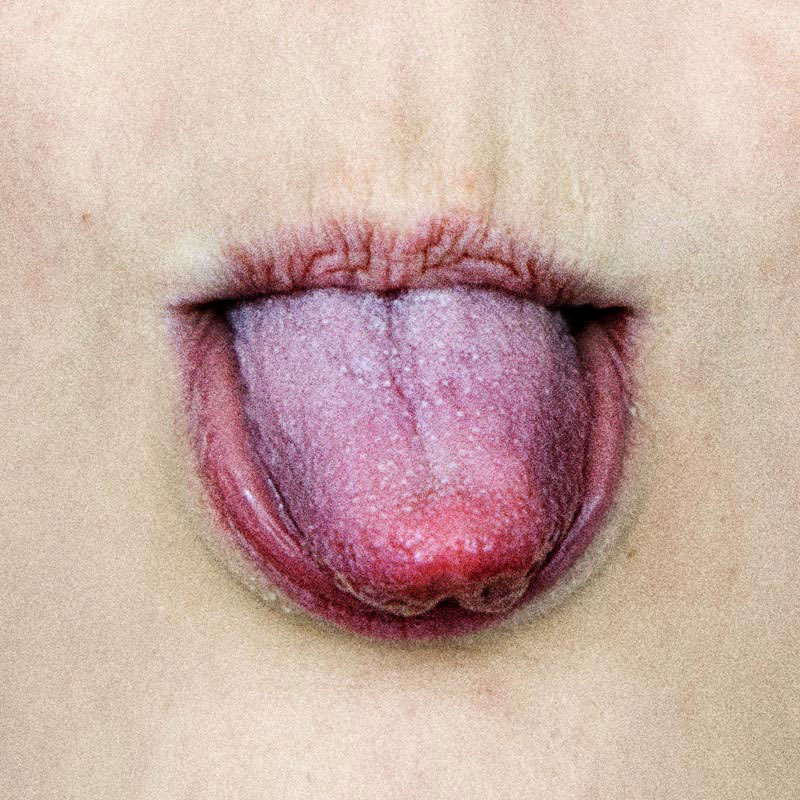 Exhibiting this year at Photomed as part of his last series called I hated you already because of the lies I had told you, the Lebanese photographer Gilbert Hage is exposing the reasons that pushed him to photograph the tongues of Arab revolutionaries.

What relationships are there between tongues and revolutions? How did you have this idea of photographing protruding tongues to talk about Arab revolutions?

Arab populations were helpless when facing regimes. I chose to photograph  tongues sticking out in order to emphasize the act of refusal as the ultimate symbol of helplessness. Sticking out one’s tongue expresses refusal of established order, authority, an attitude of first resistance that precedes attempts to change the state of things. Normally, refusal precedes change in order to move on to something that we think  better even if  it turns out that we were wrong .

How many photographs did you take?

In the book, there are eleven photographs, but you only exhibited nine of them; what criteria did you use for your choices?

Diversifying shape, color, tension… everything! Because it’s important that it’s diversified, the revolt being numerous. I adopted the same protocol for the shots, but I chose different tongue shapes.

Were these photos digitally manipulated?

I eliminated everything that referred to identification, identity, in order to emphasize refusal; thus, no need to link them to a particular identity.

In 2005, you photographed Lebanese people in front of the Martyrs’ Monument holding the flag, whereas, for Arab revolutions, you chose to make a series of protruding tongues. What drove you to choose two different ways of approaching these subjects?

In Beirut, I saw the protests in 2005 following the assassination of Prime Minister Hariri. By photographing these people in the symbolic Martyrs’ Square, all brandishing the national flag, I wanted to talk about their twofold desire to reclaim, on one side, the country, and on the other, the city center; the country has remained under the stronghold of the Syrian military for thirty years, the heart of the capital appearing inaccessible to a good number of people since its restoration and luxurious urbanization with  Solidere. However, concerning Arab revolutions, what’s important is, as I said earlier, refusal, independently from the space, the place, the area and the people.