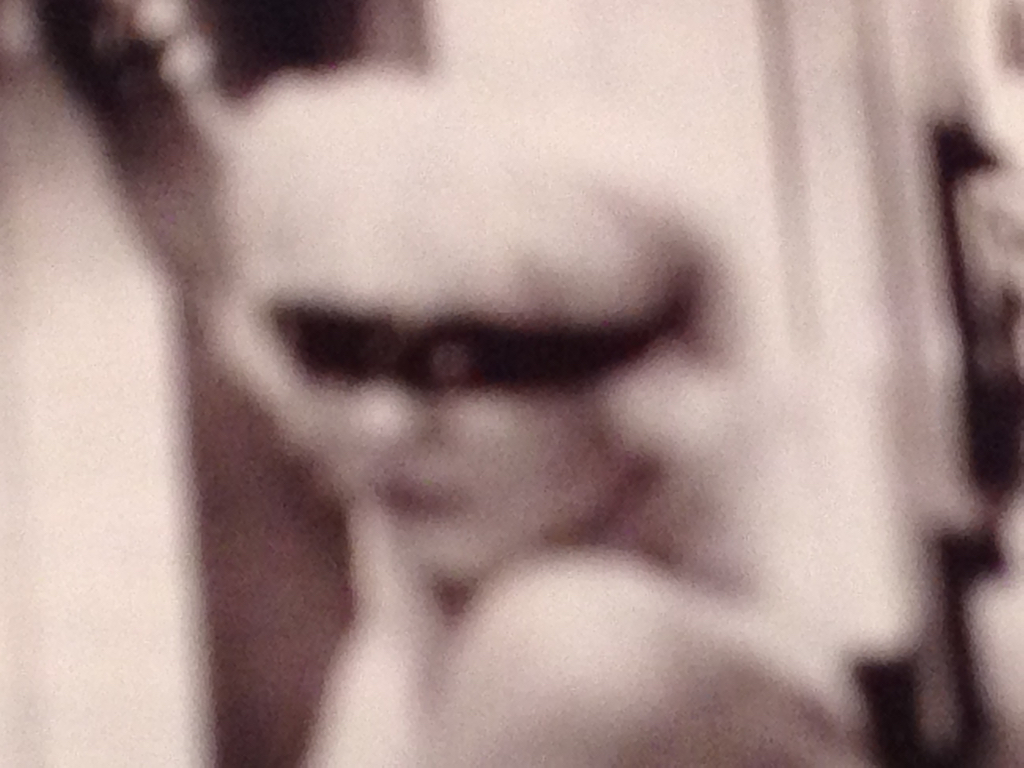 A film creates its own atmosphere; it provokes visceral sensations. This is eminently true of Danielle Arbid’s films, where so much is at stake in each glance or touch. During her film shoots, she has used still photography to preserve the memory of fragile instants. There is nothing academic about the arrangement of these very tightly framed, blurred photographs dominated by a single color – often a warm one. But there is a haste, a feverishness which recalls the way the hero of Un Homme Perdu (2007), based on Antoine d’Agata, clicks the shutter release in bursts. Here, meaning resides in the series, not in the isolated instant: Danielle Arbid brings photographs together on a wall to allow the birth of “combined emotions.”

These encounters and parties are framed by the city, though we are never certain whether it is Paris or Beirut, or elsewhere. Does the word “Pigalle,” jutting out in large letters, place the image at the base of Montmartre or in one of those brothels throughout the world that have borrowed the Parisian mythology? Anyway, it’s nighttime: a night in which all cities resemble each other and neon casts a crude and tinted glare across silhouettes and over faces suspended between desire and exhaustion.

Danielle Arbid takes photographs the way she makes films: as close to the body as possible, and in particular women’s bodies. Her young models, not least the lead actress of her most recent film, Peur de Rien, seem indeed to be “afraid of nothing.” Their red mouths are made to bite and taste the instant. They don’t lower their wide eyes before the inquisitive gaze of those who want them. Sometimes, their skin bears tattoos of the things they love. Danielle Arbid’s images remind us that in the dark of night, the heart beats faster.