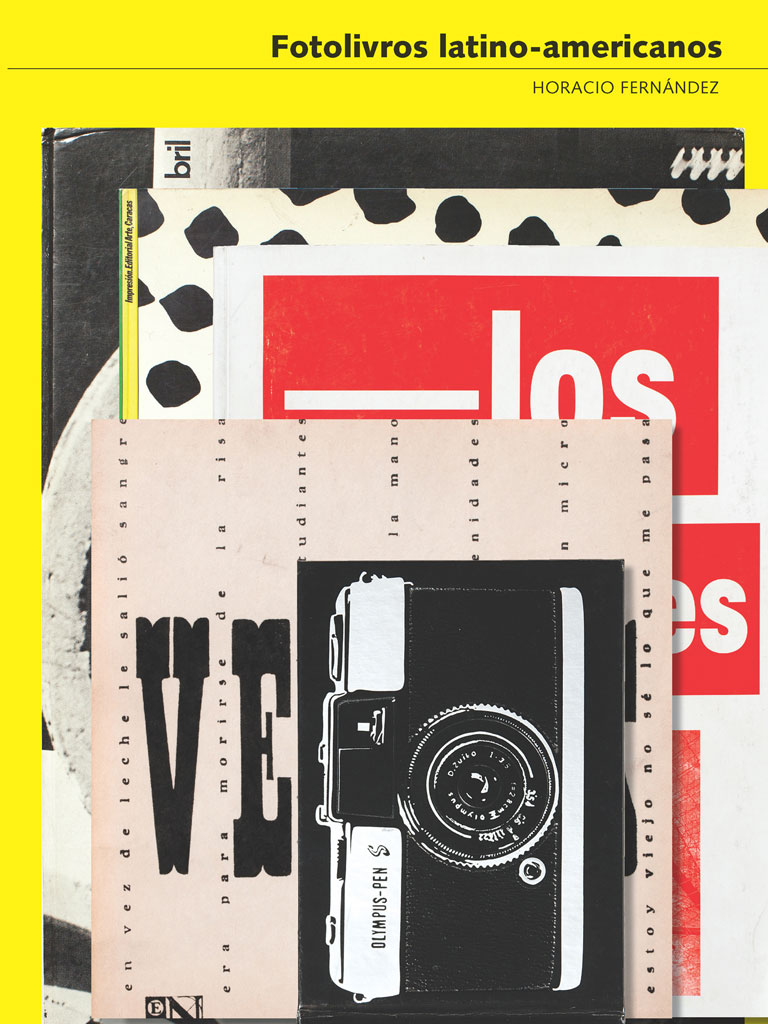 In recent years, the interest of photography editors and curators has expanded the frontiers of photobook-based histories beyond the United States and Europe, resulting in studies like Japanese Photobooks of the 1960s and 70s (2009) by Ryuichi Kaneko and Ivan Vartanian, and the brand-new The Latin American Photobook, a global publishing initiative launched simultaneously in Brazil, Mexico, the United States, and France.
The idea for the The Latin American Photobook was conceived when a group of publishers, photographers and scholars, gathered during the first Latin-American Photography Forum, held in São Paulo, in 2007. At this point, the scarcity of information about Latin-American photography publications and the need for further study on this matter was then acknowledged.

Headed by Horacio Fernandez, the former curator of Photo-España (2004-2006), the group—which included Cannabrava, Lesley Martin, Marcelo Brodsky, Martin Parr, and Ramón Reverte—visited archives, collections, and bookshops around the continent, searching for some of the hidden treasures of Latin-American photographic publishing. The result was a selection of over one hundred and fifty titles from Venezuela, Bolivia, Argentina, Chile, Colombia, Cuba, Ecuador, Nicaragua, Peru, Brazil, and Mexico.

The selection covers works of the 1920s and 1930s, like the Buenos Aires by Horacio and Grete Coppola, up to very recent publications like Archivo porcontacto by Oscar Muñoz, edited in 2009. Fernandez adopts a thematic rather than chronological perspective, allowing a deep insight into Latin America’s literature, art, history and political context. In chapters like “Turbulent Times,” moments of politic propaganda and social instability are portrayed through books such as A la plaza con Fidel (1970) by Mario García Joya and El Cubano se Ofrece (1986) by Iván Cañas.

During the last decade, “photobooks” have been in the spotlight of the photography scene; when they began to be considered as a collectors’ items, oeuvres as legitimate and valuable as series of fine art prints. At the root of this status shift are a number of publications including The Book of 101 Books: Seminal Photographic Books of the Twentieth Century (2001) by Andrew Roth, The Photobook: A History (2007) by Martin Parr and Gerry Badger, and an entire festival on the theme that has been hosted in Kassel, Germany, since 2008.

The recognition of photobooks as genuine and authorial works by these publications of the 2000s promotes a well-deserved historic revision and increases the visibility of a number of practically unknown titles. However, a possible risk resulting from such recognition is a growing speculation due to the transformation of these books into collectors’ items, with restricted access and consequently skyrocketing prices.

Given the contribution of this kind of publication to new perspectives on the history of photography, Horacio Fernández is perhaps right in stating, “A photography museum might even be thought of as a specialized library”. The question is whether this wave of photobook revaluation can serve to further research and studies fostering the inclusion of relevant titles in public collections, promoting historical reprints and facsimile editions, and stimulating new publishing initiatives.

The Latin American Photobook will be launched on November 10th, 2011 at Paris Photo. The book is published by Cosac Naify (Brazil), Editorial RM (Mexico), Aperture (United States) and Images en Manoeuvre (France). An exhibition on Latin American photobooks will be presented in January 2012 at Le Bal, in Paris. The show will travel to Madrid, New York, Sao Paulo and Rio de Janeiro.