Malick Sidibé: A Photographer that reminds us about Culture. 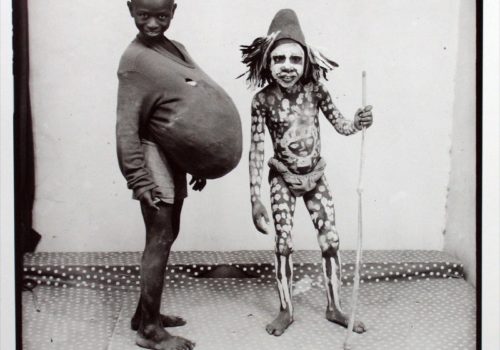 Photography is a medium that exercises various elements, following sub-categories, which can be about Art, entertainment or shock- value, commercialism, private viewing, & documenting cultural progressions. Malick Sidibé (born 1935 or 1936, died on the 14th of April, 2016), was a photographer, whose work climbed throughout the 20th century & his death in April of this year, will offer his work in this 21st century, a sense of realization about great photography coming from a man who was photographing his own prideful people.

To see the cultural shifts revolve & ascend in Bamako, Mali, during the 1960’s & 1970’s, open your eyes up to Malick’s photography. His work determines a course that stands & walked with popular culture of the times. Some of his photographs of the residents of Bamako will express a fashion sense with an American influence, but a Bamako individuality.

What is deep-seated in Malick’s work, has to be the unfiltered usage of photographing the moment. The black-&-white photographs are professionally done, the studio lighting does not overemphasis the photograph—the photography from Malick’s lens are casual, but not candid. There is a naturalness to his photographs. One can clearly see the visual correspondence going on in the studio, with the client, & the photographer.

Another all-important strand that sails in Malick’s photography would be that he was born in Mali. When the understandings of Africa as a continent is given a visual search, it is not uncommon to see the nations in this continent become submissive or overtaken by the lens of white photographers. As exotic or curious, this kind of outside interest may be, the agenda of what Africa is about can often be misconstrued—even at times, when the lens of white photographers were about providing some help or insight into the many dynamic cultures that breathe or breathed in Africa. The effects of European colonialism has a longstanding vapor, clouding up any clarity that might hold some attempt at neutralizing a sincere representation of Africa; these effects hang out with Americanizing Africa as well, with Hollywood films or literature, often redesigning Africa to fit a European or white America’s design of acceptance of Black cultures in America & Africa.

Gérard Guillat-Guignard who was from France, was Malick’s first teacher of photography in the mid 1950’s. Yet, there is not a European scope or style in Malick’s photography. It is clear that Malick learned the business on how to run a studio from Gérard, & how to technically handle the camera, along with the processing & development that arrives with film photography. What Malick did with his learning from Gérard, would produce a sense of success in any teacher or mentor. He (Malick) created his own path in photography, showing the true result of becoming his own man, his own artist.

With Malick being a Black photographer, from an African nation in West Africa, the implications of how a native viewed his own people or was quiet enough to photographically see his region unfold into visually explaining their own moments are invaluable, innate qualities that cannot be taught, but encouraged; especially since we utilize photographs as a visual testament for seeing life as an existence. It is historically significant to take into account, France’s control of Mali in the 19th century; it is also historically significant to grasp the politically powers as well as the culturally struggles Mali had with France. A lot of this political history between France & Mali is crucial, due to the 1960’s becoming a time for political movements, with some Malians wanting to distance itself from France’s governmental guidance.

There is this cultural, fashionable, visual attribute going on in Malick’s, 1960’s photography. The freedom in the fashion that some of the residents of Bamako could be linked to a political freedom of expression; whereas the trading in export & import was an opening for America’s fashion to find its way to Mali’s economy. Do not just focus in on the American fashion wore by some of the Malians in his photographs. Malick photographed Malians wearing their own native fashion designs or wearing tribal paint that holds onto a profound traditional meaningfulness. His photography was expansively spirited, while being based in Bamako. Again, the unfiltered strengths of living in Mali’s style comes into its own cultural flow, forming its own leeway. His work from the 1970’s is even more powerful, giving the clients who went into his studio, to have their physical & fashionable individualism, a chance to have moments frozen by the prepense of Malick’s photographic skills.

Even his photographic work, which captured, what appears to be candid moments outside of his studio & in the streets of Mali—the dancing of residents from Mali, joys of music meeting their feet, as their bodies are paused for a viewing introspection, by the photographer who is one of them. He photographed adults, children, families, friends, good times, nervousness, the confident, fashionable, the celebrated, components of the Mali’s society being culturally giving of their daily lives.

As photography is becoming a wider space, with the definition of what is photography, growing into so many meanings, what the world can gather from Malick’s work, would be that it was not done for fame. Malick was a studio-photographer for his community, an important gear in the communities throughout the world, in the 20th century. His work can remind us in modern times, how we have forgotten about the professional photographer who had a studio in the neighborhood, responsible for photographing families, friends, & individuals. We roam in a society where selfies & high-tech mobile phone cameras has a society expecting cheap prices for photography sessions or put off the booking of a professional photographer for portraits, because they can photograph themselves. Malick’s photography explains to its onlookers, a way to see more than ourselves, to let the eyes of vision travel into a period in time.

Even if Françoise Huguier had not came across Malick’s photographic work, promoting it to the world, the sense of his work for Mali would still be paramount to seeing his own nation, photographically with tangible prints.

Of course, the mainstream world attached itself to his work, realizing that he had a gift for culturally seeing—he inspired many photographers & artists from other mediums to pay homage or try & emulate his style. Yet, his style cannot be redone. His contributions to Photography on a worldly level, centers itself on great accomplishments; however, what Malick Sidibé did for Mali during his living years, are beyond accomplishments, because the time ahead of us will define his photography as a national treasure for his homeland, Bamako, Mali, Africa.