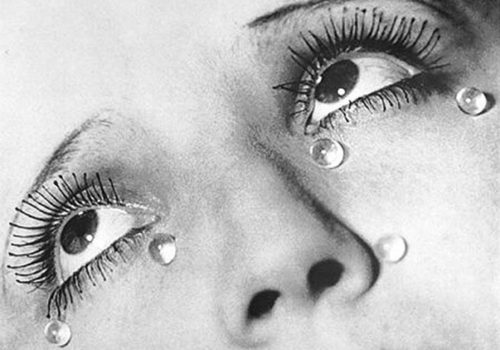 “Everything can be transformed, deformed, and obliterated by light.” – Man Ray

Man Ray: Dreams, Images and Love is the first large scale museum exhibition in China, and the largest to date in Asia, of the pioneering Modernist master Man Ray (Emmanuel Radnitsky, 1890-1976). Exactly 100 years since Man Ray’s first exhibition in Paris in 1921, the exhibition features over 240 artworks by Man Ray, including paintings, sculptures, film, prints, works on paper, archival materials, and poetry, from public and private collections, giving the viewer a unique overview of his diverse artistic output.

The exhibition, much like Man Ray’s autobiographic book, Self-Portrait, follows the artist’s life through his four major migrations between the United States and France, which are represented in the four chapters of the exhibition: New York: 1890-1921, Paris: 1921-1940, Hollywood: 1940-1951, and Return to Paris: 1951-1976.

From Man Ray’s early encounters and friendship with Marcel Duchamp, which led to his Photograph of Marcel Duchamp’s Nude Descending a Staircase No. 2 (1920), and his portraits of Duchamp as “Rrose Sélavy” (his infamous alter ego), both included in the exhibition, each chapter in the exhibition contains specific sub-themes that allow visitors to examine his many contributions to modern art. These themes include the important artistic movements—Dadaism and Surrealism—which he helped to pioneer and record: key works are displayed, such as the first Dada object he made in France, Gift (1921), and Perpetual Motif (1923). Other important themes include his career in fashion photography for Vogue and Harper’s Bazaar, and the many muses and lovers who played key roles in his life: Kiki de Montparnasse, Lee Miller and Juliet Browner, all of whom have dedicated sections in the exhibition, which highlight the ways in which his personal life informed his art. As the poet H.D.(Hilda Doolittle) reminds us, “there is no great art period without great lovers”. This was especially true of Man Ray.

In addition to this, the exhibition examines the multitude of ways in which Man Ray expanded the medium of photography to occupy a space at the intersection of fine art and documentation. Man Ray primarily saw himself as “a painter [who] uses his photography to reproduce [his] works”, Yet his incorporation of portraiture and “fashion prints” into his artistic language, often to sustain his art, changed the way we understand the discipline today, and influenced the application of photography and images to magazines and advertisements.

Man Ray’s art allows us to better understand the world through his alternative lens. The exhibition invites audiences to experience Man Ray’s experiments with optics highlighted by his Rayographs, which were considered “pure Dada creations” and “cameraless photographs”. Moving between the pre- and post-war periods, the show investigates how historical events, personal relationships, and his long-term examination of the nature of art, intertwine and take form in Man Ray’s work. Dreams become reality as Man Ray reveals the ways in which the subconscious informs perspective, incorporating ideas, desires, and meaning, while “in true Dada spirit”, as Man Ray asserts, completing “the cycle of confusion”.

After the exhibition concludes at M WOODS, Beijing in January,  it will tour to TAG Art Musuem, Qingdao.