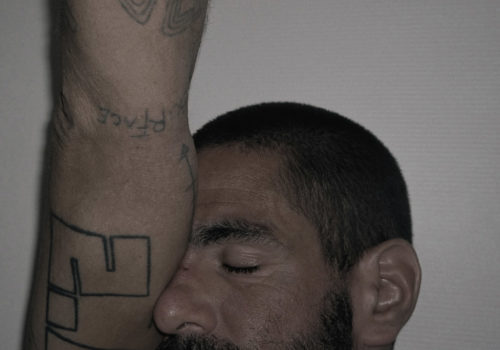 The fifth edition of the festival « Les Nuits Photographiques » will once again take place from September 18th to December 12th 2015 at the Pavillon Carré de Baudoin with a rich selection of artists. The art director, Guillaume Chamahian, always open to new photography practices and the interactions between different media, answers  our questions.

Marine Cabos : This year, the festival opens its doors, with three screening nights dedicated to photographic film, and especially to an art creation order around the theme « Money » , in link with Stefen Chow’s exhibition depicting poverty across the world. What is the guideline of these two themes ?

Guillaume Chamahian : Screening nights and exhibitions are two different things. The first one is a short and dense event lasting for three days, where the public watches approximately twenty movies per night, and the other is a three-month meandering thru exhibitions . The common theme between the two is truly the strong presence of documentaries and multimedia creations. I launched this festival five years ago with screening nights devoted to photography displayed in e video form, where photography is captured for screens with no precise theme. This year the public will be able to discover one documentary on Alep by Jerome Sessini, an animated movie for children by Cecile Rogue, a psychedelic movie on lsd by Robin Lopvet, a movie on a libertine woman by J. Guillemard, a France Telecom ringing booth by Swen Renault, and Oultland by Roger Ballen…

M.C.: The festival is open to the changing nature of photography. Still image, moving image, and sound are all invited. The old school methods are more than ever present, as Sara Imloul proves  with « Les calotypes ». What do you think photography will look like tomorrow ?

G.C: Sara Imloul’s Calotypes work is hung next to a multimedia installation created by Jamie Maxtone-Graham. The arrival of digital photography has desacralized art photography. Just 10 years ago, most photographers felt trapped by still images presented vertically onto a wall. Manufacturers then added video to their camera bodies, and photographers gave it a try : “ Video is cool. Let me add sound, and also take screenshots of the video, print them out, crease them and present them like this, on the floor next to a screen where the video is broadcast. And all this in less than 10 years ! Photography is truly living an exhilarating time. As a matter of fact, I no longer consider « Les Nuits Photographiques » as a festival dedicated to photography only but more as a festival dedicated to images. Today, images surround us. Images that besides, all look like illusion to me…

M.C. : From the start, the festival has awarded prizes to encourage artistic creation. What are the criteria in the selection of the winners ?

G.C. : The selection of photographic films is done in two parts. This year, the festival received 296 art works. I do the first selection myself. I have no limitations in choosing a number of films. I only choose the best ones. I selected 19 works last year, and 37 this year. After that, there’s a deliberation with the members of the jury who all come from different horizons, to select the LNP prize. I am very happy to have launched this year, a special prize with L’Oeil de la Photographie’s team.

M.C. : The catalog of the Money exhibition is quite unusual. It presents the participating artists and their work, but here and there you can find mails or images looking like score-settings (as some artists took the 20€, and even more, without producing anything in return).What message would you like to convey by including these documents ?

G.C. : Well, I commandited an art work : The festival sent a twenty euro bill by mail to a bunch of artists, and invited them to create their increased value. The festival then asked them how they wanted to transform or use this object, or its symbolic, or material or subjective value ? The artitsts replied using the art form they wanted : video, photography, drawing,sculpture, painting, installation…
Among a hundred requests, 42 international artists answered positively. Since the beginning, I had chosen to keep all propositions, whether I found them relevant or not. Some played the game, other were less inspired, but this is what I thought interesting in the beginning. Luckily, creative mind and talent are not the same for everyone. They bring to the surface the question where does the artist and creation stand in the Art World. This is also what I wanted to question.